The King Is Back: Tekken Legend Arslan Ash Redeems Himself With Another Win

Coming off a recent loss at a local event, Arslan Ash gets back to his win game by adding another huge victory in 3P Tekken 7 tournament in Lahore supported by Red Bull.

“Right now, I am the number one player in Pakistan. I don’t know about the future but currently, that’s how it is. Therefore, I don’t take my platform for granted and always try to perform to the best of my ability. It’s a responsibility, being in the top position. And I have no choice but to take this responsibility seriously, not just for myself but also my e-sports community,” says Arslan Ash, the Pakistani Tekken legend, who gained global fame after consistently winning Tekken 7 tournaments worldwide, including two consecutive EVO (Japan and the US) wins in 2019.

Therefore, it’s not surprising that after a loss at a local event, he bounced back big time and won the latest 3P Tekken 7 tournament titled ‘Bilal’s Jet Upper’ with a 3-0 record in the finals. Hosted by NASR E-sports’ player Bilal Illyas, the two-day tournament was held on August 15 and 16 in Lahore. Twenty of Pakistan’s best Tekken players participated, divided into four pools of five players each. Red Bull, UYU, and Subway also supported the event, the grand winner of which received PKR 2 lac. The tournament was held in collaboration with Avodah Gaming.

Ash says that he had no choice but to win.

“The last time I participated in a tournament and I was experimenting and testing out a new player. And while trying to learn something new and evolved my game, I lost. So, I knew I had to win this time around,” says Ash. “What people may not know is that I consecutively won six to seven tournaments before I lost just one. The reaction was unexpected but it reminded me that a tournament is like a war and you have to play it like that.”

Since 2019, life has changed for the local Tekken maestro. From obscurity to global recognition, Ash has got the whole world in his hands. But he is not the one to rest on his laurels. With consistent practice and competitions, he ups his game every time he is in the arena.

He says, “Everything has changed in the last year. I’ve competed in the Tekken World Tour and I’ve 50k plus subscribers on YouTube. Now I stream on Twitch for more than 80 hours a week. We have also opened a new streaming room where gamers come and play.”

Not only that but he also constantly improves his gameplay and style. 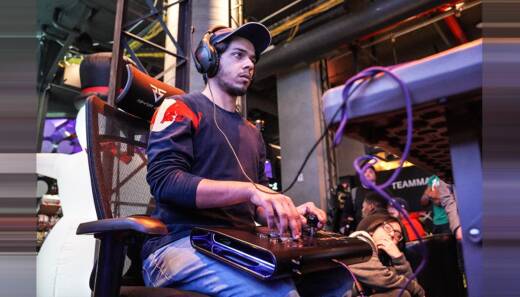 “A lot has changed in how I play now. I have learned new things. Of course, the way we Pakistanis play is not going to change but I have improved my character matchup knowledge. Otherwise you are only focused on your character. But since I’m mainly playing locally these days, I have time to try out new techniques and players.”

Besides his usual go-to players in Geese and Zafina, the Tekken king Arslan Ash has added another player to his collection, Eliza. He realized Eliza’s potential while playing with his friend Atif Butt. “I felt she was underrated. People think she’s weak but she actually has potential and can be played with in international tournaments. So, I messed around, figured her out while also losing a competition in the process. But now I know. And I won this tournament playing with Eliza. Took me three days of preparation but I proved that Eliza has potential.”

With Eliza, Geese and Zafina, Ash has formed a formidable front for all his opponents, even more so than before. Even fellow competitor Atif Butt and the host and organizer Bilal commended Ash on his latest win and the consistent performance.

“Bilal made it happen and it went really well. I lost early on but I’m really happy that Arslan won as we’ve been friends for a long time. We’ve been playing together for around seven to eight years,” says Butt. 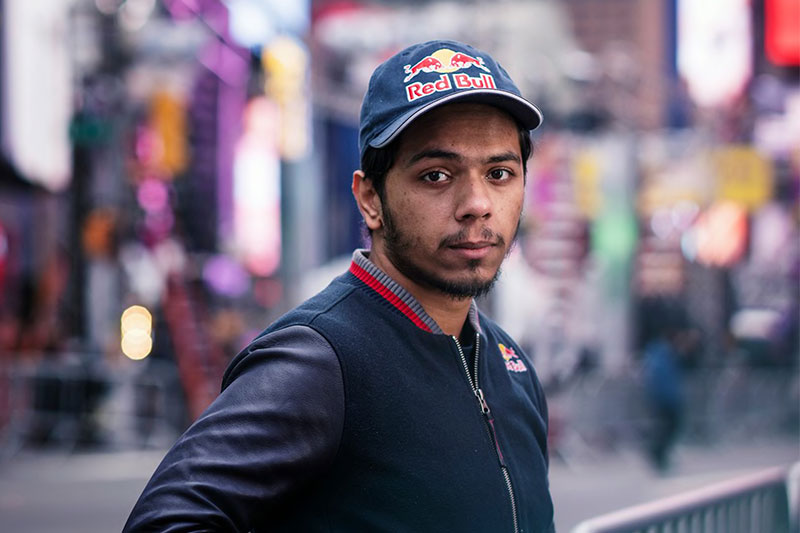 Bilal, who was not only the host but also a participant in the tournament, managed to fulfil both his roles and even reached the finals.

“Arslan was in pool 4 and his pool had great players,” says Bilal. “He came out on top among them in the winner’s side and I also got to play against him in the semi-finals and finals. By the end, we had similar results. He played really well and surprised me by going with Eliza.”

With Ash back on a roll, he seems to be making the best out of this year, playing locally, guiding, and elevating fellow esports athletes through his streaming ventures. Arslan Ash also recently appeared as a special guest in the online weekly Red Bull Take Down the Crown competition which pits up-and-comers against established TEKKEN players.

“I was the guest commentator and analyst in Red Bull Take Down the Crown. They brought me in to join Hassan ‘Spag’ Farooq and Rasheed ‘Bubsy’ Jenkins. It was really fun to speak to everyone about players, their strengths and weaknesses and people really appreciated it,” says Ash.

The Ordeal Of Self-Love – A Personal Journey
Wife Attacks Husband With Violent Slaps & Punches For Just Rs30,000 – Man Now Seeks Action Against Her
To Top