Pakistan is caught in arrest-space these days. The most powerful personalities in the country’s political area have been chained for their wrongdoings which have totally turned the political tables. The Pakistan Tehreek e Insaf (PTI) rule has definitely pulled out the impossible by keeping hands on those who thought the governmental throne was under their nepotic approach.

The arrest of Pakistan Muslim League Nawaz (PMLN) leader and the former disqualified Prime Minister of Pakistan Nawaz Sharif has stirred a controversial aspect in the country’s politics. Sharif was let down and then arrested in corruption charges and it looks like that his daughter Maryam Nawaz’s official duty now is to somehow prove his father innocent, which he is not.

Last week, on Saturday, Maryam Nawaz held a press conference with other party members in Model Town, Lahore where this time she targeted the accountability judge Arshad Malik who is on the Al-Azizia Mills case. According to sources, Maryam Nawaz allegedly accused Arshad Malik by releasing a video in which he is seen calling Nawaz Sharif innocent. The video is said to be recorded while PMLN member Nasir Butt was in a meeting with the judge at his own residence. 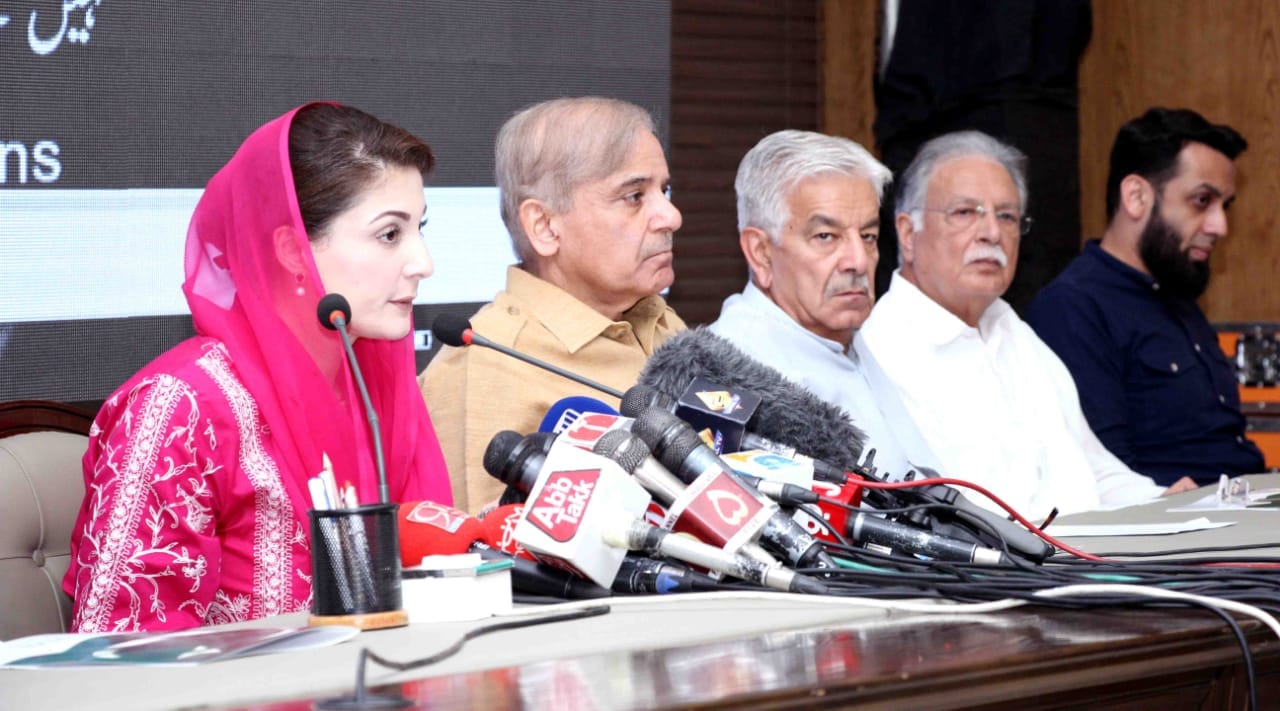 This is the video which Maryam Nawaz released during her press conference!

Well, among the created chaos regarding the Al Azizia reference, Arshad Malik later denied any all accusations and labeled the released video as ‘fake and misleading.’ Furthermore, Malik stated that he had given his verdict against the disqualified PM without any ‘fear or favor’ and that he has also been offered bribe several times by the party’s representatives and been threatened too.

Arshad Malik further stated, “Serious allegations were made against me; it was a conspiracy to affect my credibility as well as that of my institution and my family. Therefore, I want to present the facts. I am a resident of Rawalpindi and have been appeared before courts as a lawyer before joining the judiciary. The individual shown in the video, Nasir Butt, is also from the same city and is an old acquaintance. Nasir Butt and his brother Abdullah Butt have met me many times at numerous instances.”

“The video shown in Maryam Sahiba’s press conference was not only contrary to the facts but it was also a despicable attempt to mesh together various instances and topics spoken about and to present them out of context. After Maryam’s press conference, it is necessary that the truth be brought forward. During the hearing of the cases against Nawaz Sharif and his family, I was repeatedly offered bribes by their representatives and also given threats of serious consequences if I did not cooperate”, he added.

Proving his truthful character, Malik said, “I decided to stay committed to the truth and left my life and wealth in the hands of God. Had I announced the verdict under pressure or greed, I would not have acquitted Nawaz Sharif in one case and convicted him in the other.”

Yasir Hussain Finally Proposed To Iqra Aziz At An Award Show And People Are Asking Them To Get A Room!
An Ultimate Check List Of All The Essentials You Need To Pack When Going For Hajj!
To Top