Arrow Has a Special Message for His Pakistani Fans! - Parhlo 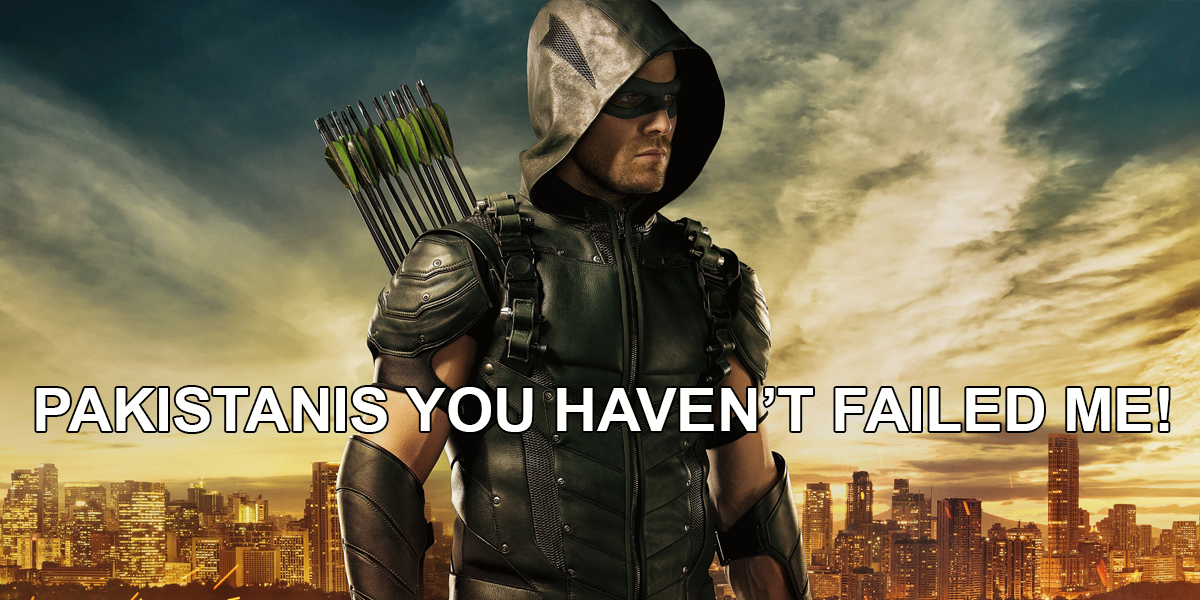 STOP, DROP AND ROLL YOU GUYS.

We’ve just been hit with the cutest message from the DC’s flaming hot hero, Green Arrow!

Attending a UK wine mixer, DeeFee Productions – a joint venture of two best friends from Pakistan – aka the luckiest production team in the entire universe, met with one of the coolest bow-wielding heroes of all time – Oliver Queen.

DeeFee Productions make crazy-cool stop motion animations, caricatures and much, much more. Their projects are across the UK and Pakistan, and they are basically everyone’s new best friends for getting Stephen Amell to record a message for his Pakistan fans.

Launching into the nicest message appreciating his biryani- loving, chai-drinking fans, we have to give our hats off to Fatima Hussain of Deefee Productions for notifying him of his extremely popular status in Pakistan!

Watch the video and let your heart melt!

Be honest. Your heart turned into a goopy mess, didn’t it!

Stephen Amell seemed genuinely appreciative of his fans, and surprised to an extent that so many people in the region of Pakistan like him!

And let it be noted, the ever graceful Stephen Amell said he has *yet* to make it to Pakistan, meaning there is a good chance he might come at some point!

Can you imagine running into Arrow in pakistan and he asks you this:

Dragging Stephen Amell to the best biryani places in town, to bro-ing it up at a dhabaa, it’s easy to imagine the suave hero gallivanting around Pakistan like anyone else!

I mean, come on. If he could go from being abandoned in Purgatory to living it up in Star City, he can adjust anywhere!

Sure, Arrow, Sure. Just wait till you come to Pakistan!

But in all honesty, it’s little gestures like this which makes investing yourself in a show completely worth it. Getting a shout out is heart-warming, knowing that the actors and entire show’s team you support and root for every week appreciates you right back!

What if Pakistan Gets To Name The New Android OS?
Pakistan’s Higher Education System at The Bottom of International Ranking!
To Top