The famous and outspoken Pakistani journalist and human right defender Marvi Sirmed never fails to get the limelight owing to different controversies. Lately, Marvi Sirmed made a sarcastic comment , more like a controversial joke about the state’s practice of enforced disappearances in Balochistan. Due to its insensitive nature, her tweet has been taken in blasphemy’s context by many Pakistanis.

More so, her satirical tweet, which is being considered derogatory in nature towards Hazrat Isa (AS), has given rise to the netizens asking the authorities to arrest Sirmed. 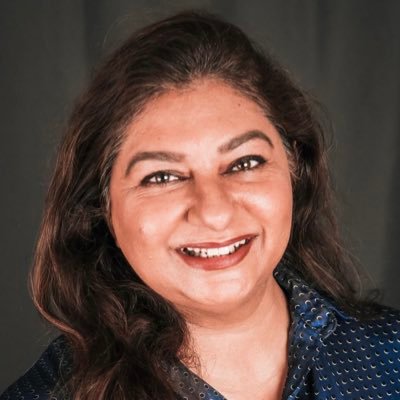 Here is what she tweeted.

The subject-matter has caused an uproar on social media. Activists are deploring the agnostic and thoughtless tweet of Sirmed. Moreover, they demand her arrest with the trending hashtag #ArrestMarviSirmed_295C on Twitter.

In addition to this, the political activist in her later tweet shared the English translation of her remarks. Additionally, she questioned how her words fell in the context of blasphemy.

The tweet which is generating a lot of abuse, blasphemy allegations and threats. For those who don't read urdu:
Mullah told Jesus Christ didn't die, he was picked up by God.
A simpleton asked: Was Jesus a Baloch?

Marvi Sirmed has been trying to justify her tweet. She says that it meant to shed light on the forces that violate all norms of decency, constitution, and law by disappearances, murder, and torture.

Blasphemy is in the eyes of beholder. My tweet doesn't insult any religion. But it certainly mocks Pakistan's dark forces that violate all norms of decency, constitution & law, by #EnforcedDisappearances murder and torture.
Who are these dark forces? Penny for your guess! https://t.co/FsqwKIj0gR

Later on, she also shared the same comments that were shared by many other people on Twitter as well. She states that the response to them was not the same.

Other tweets with same joke a day before I did: https://t.co/cwGD0FsQuQ

Sirmed believes that making such satirical jokes, that too while being a woman is what has caused this uproar on social media. While sharing another similar tweet, the human right defender further justifies herself. Furthermore, she claims that people always find a reason to abuse and insult her, and make blasphemy allegations on her.

This and few others had tweeted the same satirical joke before me. But guess a woman that too, Marvi Sirmed, has to be the target of abuse and insults and blasphemy allegations. What a hypocrite nation. https://t.co/N1Ipoh5nEk

However, the fuming netizens are sharing their rage over Marvi Sirmed’s insensitive remarks. Not only that but they are also demanding strict action to be taken against her.

Marvi sirmed a notorious women should be arrested immediately under the 295C law#ArrestMarviSirmed_295C @ImranKhanPTI pic.twitter.com/wj4PHFBSWf

All the Prophets (peace be upon them) are worthy of our respect
Arrogance in the name of a single prophet is a constitutional and legal crime. Marvi Sarmad should be arrested and punished as soon as possible, otherwise he will come to the forefront.#ArrestMarviSirmed_295C pic.twitter.com/t1Vy8NGc3n

This should not be tolerated in Islamic Republic of Pakistan and in Riyasat-e-Madina. Strict action needed otherwise another Ghazi Faisal will decide. Now the government has a chance to punish this prostitute by imposing 295C
#ArrestMarviSirmed_295C pic.twitter.com/UAt5lv7EkF

Section 295-C specifically applies to the use of derogatory remarks in respect of the Holy Prophet (PBUH) and other prophets. Moreover, under this section, any such remark is a crime punishable by death.

Netizens have started blowing up, asking for authorities to arrest Marvi Sirmed for a controversial joke and violation of Section 295-C of the Pakistan Penal Code (PPC). It was not long ago that she got embroiled in a feud with Khalil Ur Rehman.

A lot of rumor circulates on social media regarding her religion, yet she never clarifies anything. On being asked about her religion once by a random person, she answered, ‘Why my religion is such a huge national issue?’ However, because of her ideas, she has often been called a non-muslim but she has never answered directly yet.

Looks like this time the social media users are having none of it. People are extremely mad at Sirmed for mentioning Hazrat Isa (AS) in a satirical way to make an unrelated point, calling it unacceptable and an insult.