A very tragic incident took place in a residential area near Mora Kalu where a Pakistan Army’s training aircraft crashed while being on a routine training flight taking lives of 5 crew members and nearly 13 civilians on the ground. 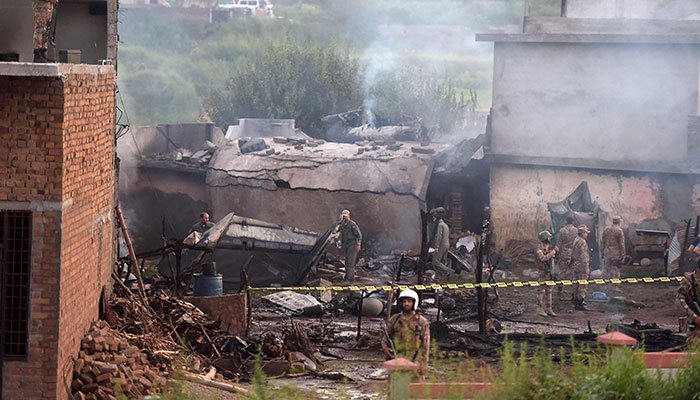 According to the DG ISPR Major General Asif Ghafoor, 12 more people were injured and have been successfully shifted to a hospital. The army personnel that embraced Shahadat including the two pilots were: Lt Col Saqib (pilot), Lt Col Waseem (pilot), Naib Subedar Afzal, Havaldar Ibne Ameen, and Havaldar Rehmat.

After the unfortunate crash, a large fire broke out that took nearly three houses in its way. According to the sources, teams of 1122 and Pakistan Army immediately arrived at the place of incident and started their rescue mission. 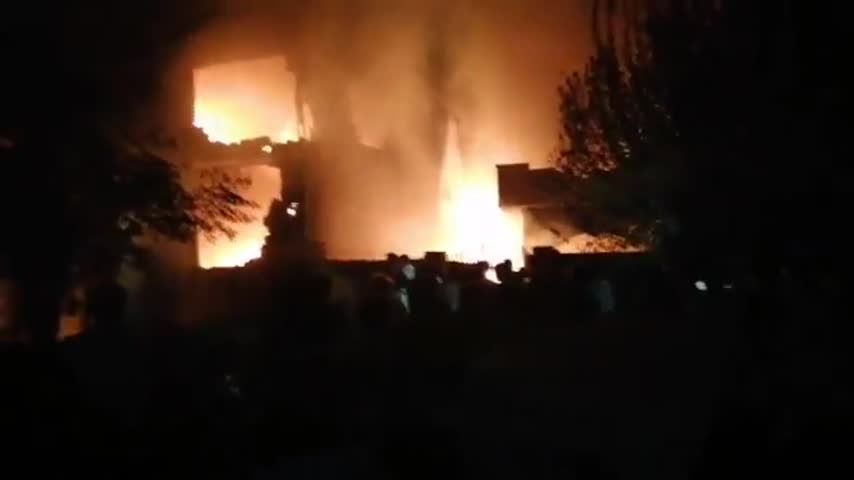 Three big hospitals in the city were alerted of the situation and the bodies were shifted to the Holy Family and DHQ hospitals in Rawalpindi.

Here’s The Recording Of The Entire Incident, Captured On A Smartphone!

The nearby residents narrated the entire event. One person, Mohammad Sadiq said, “I woke to the sound of a huge explosion. I stepped out of my house and saw huge flames and we rushed to the site, people were screaming. We tried to help them but the flames were too high and the fire too intense, so we could not do anything. The dead includes seven members of one family and most of them were burned to death.”

Another by the name Ghulam Khan told that he heard the plane flying above his house but it appeared to be on fire before it crashed.

As to why the plane malfunctioned in the first place, has not been disclosed by the ISPR.

According to Radio Pakistan, Imran Khan offered his condolences to the grieving families and prayed for the recovery of the injured.

Watch The News Below!

A similar yet more devastating crash took place in 2010 when an Airbus 321 operated by a private airline Airblue crashed into the hills outside Islamabad, killing all 152 passengers on board. Till this day, it is remembered as one of the most nightmarish crashes of all time, later followed by another in 2016 that included 40 passengers.

Have anything to add to the story? Please comment below!

E-Sharp’s Performance In Episode 5 Of Pepsi Battle Of The Bands Hailed As ‘Best Ever’, With A Huge Twist!
Did You Know Skin-Whitening Creams Can Cause Cancer And Is This The Reason They Are Getting Banned In Pakistan?
To Top