The Chief of Army Staff (COAS) General Bajwa just handed out life imprisonment to an Army major for violating his position to engage in illegal activities.

A statement by ISPR read, “Pakistan Army, alive to its institutional accountability system has dismissed the officer from service and sent him to jail for life,” 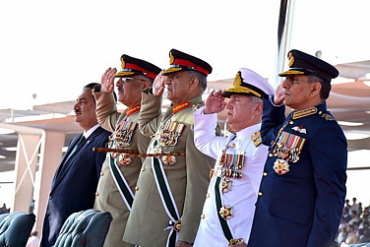 A couple of months back, other army officials had also been given a punishment for misusing their authority. It seems that now strict action is been encouraged which ensures that the Pakistan army remains clean from individuals that can taint it.

Prime Minister Imran Khan also extended General Bajwa’s position as an army chief. The current issues between India and Pakistan also play a major role within this decision. It appears better for the Prime Minister to retain the same team and officials instead of changing them last minute. Nevertheless, every step within the government has weight towards the Kashmir crisis. The better option is to ensure as much stability in the system as possible, in order to successfully combat India.

Not to mention, India is preparing for war especially after its conclusion on Kashmir. This is why Pakistan’s government is also trying to take whatever action that can be necessary for a fulfilling solution. Regarding the current punishment handed out to a major, the PM’s office mentioned it to be “taken in view of the regional security environment”

The details about the major are still unknown . Even his name is hidden from the official statements.

Relationship With The Prime Minister:

Nevertheless, such decisions are appreciated by the PM himself probably because Khan wishes for justice for the vulnerable people in Pakistan. Therefore, he doesn’t tolerate officials in the army that are doing the absolute opposite. General Bajwa has helped out Khan throughout his term that has continued on for a year now.

He has also defended the PM’s actions regarding the strict decisions of increasing tax. This is Bajwa’s observation of Khan’s current term as a Prime Minister. Whether that thought is correct or not depends on the future of Pakistan. 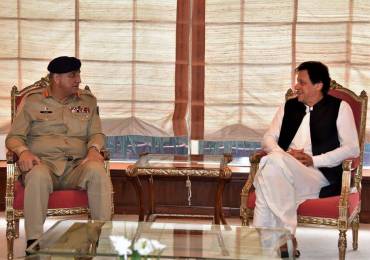 The citizens have openly disagreed with the government’s ideas about improving the country. This is because most of the population of Pakistan is underpaid. So having to pay heaps of money in the name of tax is an idea that people without financial privilege, do not wish to pursue.

Hence, many previous supporters of Imran Khan started to reduce their encouragement of his actions. However, it doesn’t seem that Khan is ready to reverse back on his decisions as of yet.

What do you think of the situation? Do you think that such decisions are necessary for the future of Pakistan? Did Prime Minister Imran Khan do the country a favor through providing a three-year extension to Army Chief General Bajwa? Share your thoughts through the links below.

Not Just Water, India Might Be Flooding Pakistan’s River Sutlej With Bombs Too And This Will Be The Limit!
Faryal Makhdoom Won The ‘International Influential Pakistani Fashion Icon Award’ And Pakistanis Are Calling Her Out!
To Top