Archlore is a green start-up launched in early 2019 by Hafsa Fatima and Warris Hussain: two recent graduates of NED University Department of Architecture & Planning. The start-up was initiated to battle climate change and deforestation in Pakistan by promoting bamboo as an eco-friendly building material.

Bamboo has been recognized by the United Nations as the material of tomorrow and humanity’s potential savior from climate change because of its extremely fast growth rate (up to 3 feet a day). After just five months of their official launch, Archlore conducted a two-month-long donation campaign and construction process simultaneously finally managing to build the first formal Bamboo School in Karachi for an NGO where more than eighty underprivileged street children can gain access to education for free. 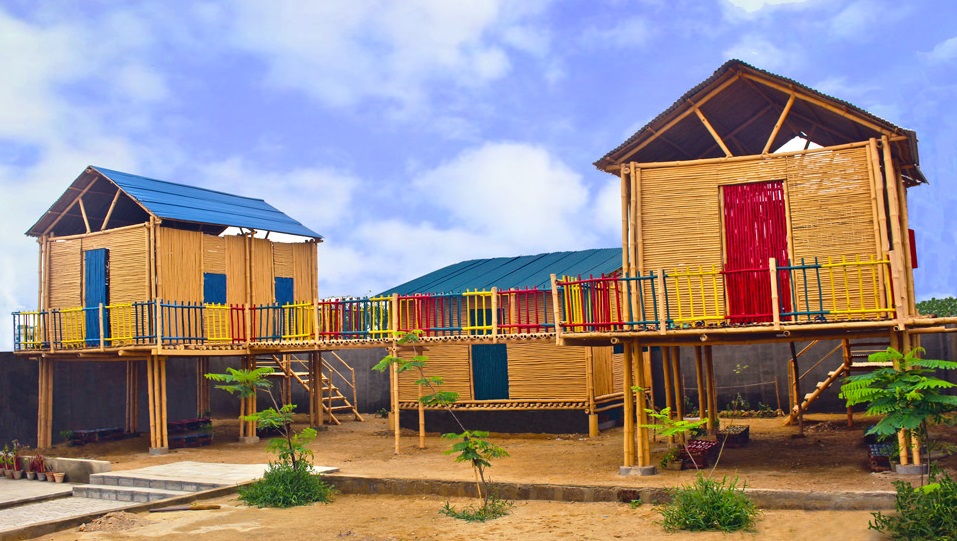 In the quest to fight climate change Archlore has conducted several workshops with the youth of Karachi at different educational institutions where students have been trained to work with bamboo and informed about its importance in the battle against climate change.

The inspiration for Archlore came from the travel experiences of its founders. Both architects traveled extensively throughout their student years experiencing climates ranging from the bone-chilling cold of Kel Valley in the North to the scorching heat of the Thar Desert. The love for the diverse cultures and the stories of the people who suffer because of the harsh climates they live in became the ultimate motivation behind taking up this initiative. 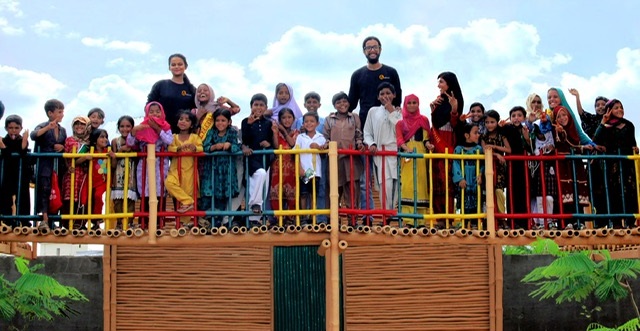 It is the result of this motivation that today the Tadrees Bamboo School has become a colorful and magical learning space for street children made out of the very same material as their shabby houses. Zero carbon was emitted during the construction of the school and it was built in less than half of the price of concrete construction. The rooms are also airy and lit up during day time which saves energy. 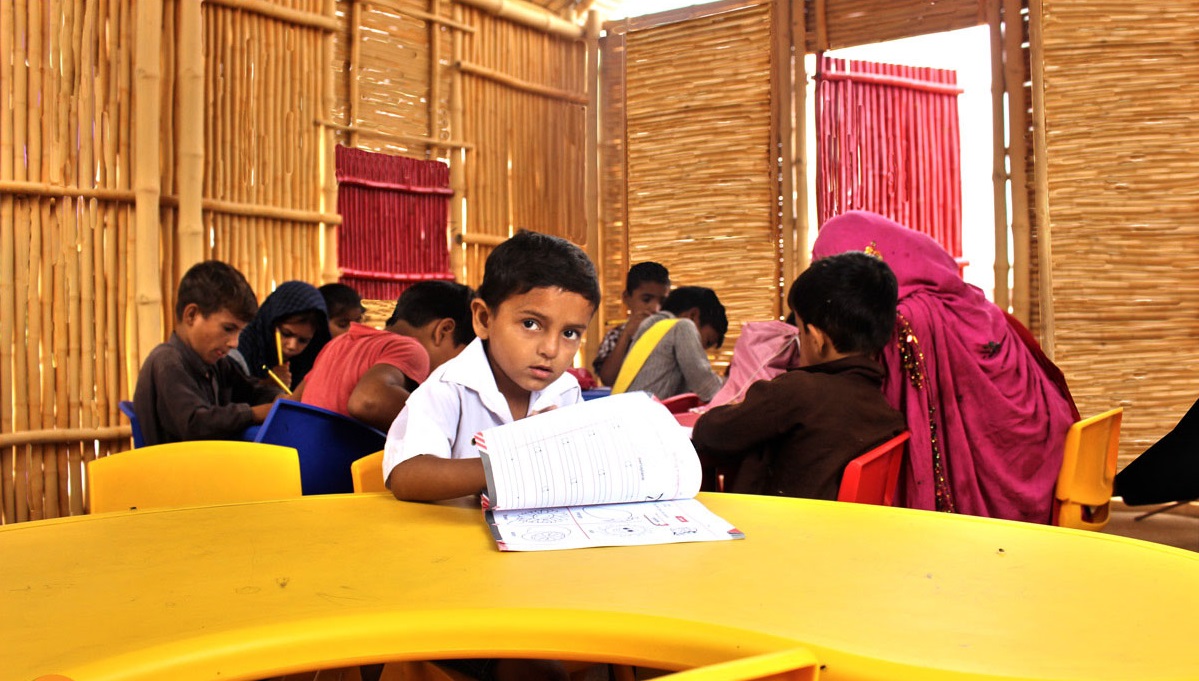 However, the biggest satisfaction for the architects of this school is watching the children find joy in running on the bamboo structures and refusing to leave the place even after school ends. This is a reaffirmation of faith in the power of good and responsible architecture. Hopefully, this effort by Archlore will inspire more to stand against climate change and play their part in saving our beautiful country and our planet. #THINKBAMBOO