Among other sports in the mix, football doesn’t always get the attention it deserves in Pakistan. With a failing international ranking and no local football in practice, the future of Pakistan football as always looks bleak. Recently our very talented footballer player Aqsa Mushtaq got signed by an Italian football club Napoli.

If we talk about women’s football in Pakistan, the situation seems to be as bad as their male counterparts. With legends of the game like Hajra Khan out of the mix, it is up to the new lot to make sure they overperform if and when given the chance. 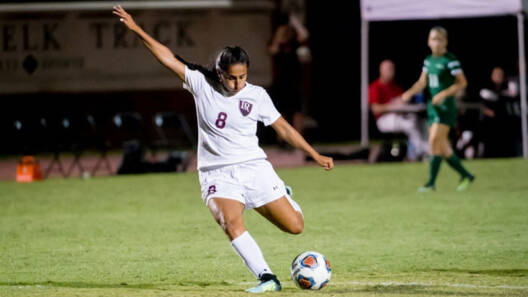 Finally, after a long time, Pakistan women’s football is seeing some good news. One Pakistani-origin female footballer, Aqsa Mushtaq, is winning the headlines and hearts. Mushtaq has officially signed with Italian Serie A side Napoli’s ladies team.

Aqsa, who is only 22-years-old, hails from Bradford, England by origin is Pakistani. The young colt who loves football plays as a midfielder and has now become a lauded property in the women’s football world.

As per Italian football club Napoli’s official website, Aqsa Mushtaq had a great season for her former club, the Lenoir-Rhyne University in the United States. Only in the 2019-20 season, Aqsa managed to grab 13 crucial goals in only 17 games.

In the coming 2020-2021 women’s football league in Serie A, Aqsa will be championing the #12 jersey and will make Pakistan proud on the international stage. Aqsa also won the South Atlantic Conference Player Award after her heroics in the United States,

Overall in Pakistan football, this signing is one of grave importance. Not many Pakistani players have made it to the top football clubs of the world. Zesh Rehman, Pakistan’s former captain, is an exception as he played for Fulham in the Premier League. Other notable players include Ghiyas Zahid who plays for APOEL and Otis Rehman who is a former Sheffield United player.

With the Pakistan Football Federation (PFF) still in a struggle for power, it is unknown as to when Pakistan football’s fate will be sealed. On the other hand, India is blossoming on the local and international stage.

Nestlé For Healthier Kids (N4HK) Essay Contest Winners Announced
‘I Lost 60KG Just By Changing My Diet & Walking Daily! Here Is What I Did Right’
To Top