Aqiqah is an Islamic term, which is defined as the animal slaughtering on the occasion of childbirth. Aqiqah is a kind of Sadqah, which is not obligatory as per some scholars.

When Aqiqah is performed?

The favored method for Aqiqah is that it should be done on the 7th day if not then the 14th or 21st after the birth of a child; however it can be exceeded from 21 days too. As per some scholars, one can perform Aqiqah until the child has become mature. Nevertheless, after this period carrying becomes Aqiqah is irrelevant.

Notwithstanding, few scholars have given the Fatwa that Aqiqah is legitimate until one dies.

The purpose of Aqiqah?

The execution of Aqiqah is highly praised in Islam. The parents or guardians of the child perform the Aqiqah. In addition, Prophet Muhammad (PBUH) and his companions accustomed to perform Aqiqah when they become parents.

There are several benefits of carrying the holy ritual of Aqiqah. One is them is announcing the birth of the baby. Another motive is inviting family members, friends, and neighbors to rejoice the occasion.

Types of animals to be slaughtered

The following hadith of the Prophet Muhammad (PBUH) tells about which animals to be sacrificed.

Narrated Umm Kurz: The Prophet of Allah (peace be upon him) said: Two sheep which resemble each other are to be sacrificed for a boy and one for a girl. (Sunan Abu Dawood Book 15, No. 2830) 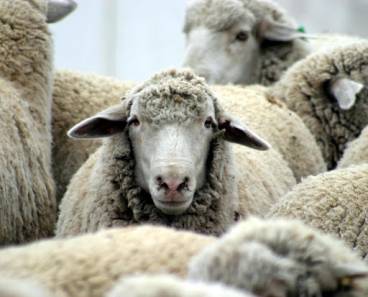 Malik said, ‘The matter in which there is no disagreement among us regarding the newborn celebration, is that whoever performs it does so for his child by offering a sheep for each male and female. The newborn celebration is not an obligation, but rather it is recommended to act upon it.’ ”

“The Prophet (peace_be_upon_him) said: A boy is in pledge for his Aqiqah. Sacrifice is made for him on the seventh day, his head is shaved and is smeared with blood.

When Qatadah was asked about smearing with blood, how that should be done, he said: When you cut the head (i.e. throat) of the animal (meant for Aqiqah), you may take a few hair of it, place them on its veins, and then place them in the middle of the head of the infant, so that the blood flows on the hair (of the infant) like a threat. Then its head may be washed and shaved off.

Abu Dawud said: In narrating the word “is smeared with blood” (yudamma) there is a misunderstanding on the part of Hammam.

Abu Dawud said: Hammam has been opposed in narrating the words “is smeared with blood.” This is a misunderstanding of Hammam. They narrated the word “he is given a name (yusamma) and Hammam narrated it “smeared with blood” (yudamma).

Abu Dawud said: This tradition is not followed.” Sunan Abu Dawood Book No:9, 2831.

“The Apostle of Allah (peace_be_upon_him) said: Along with a boy there is an ‘aqiqah, so shed blood on his behalf, and remove injury from him.” Sunan Abu Dawood Book No:9, 2833.

“The Apostle of Allah (peace_be_upon_him) was asked about the aqiqah. He replied: Allah does not like the breaking of ties (uquq), as though he disliked the name. And he said: If anyone has a child born to him and wishes to offer a sacrifice on its behalf, he may offer two resembling sheep for a boy and one for a girl. And he was asked about fara’. He replied: Fara’ is right. If you leave it (i.e. let it grow till it becomes a healthy camel of one year or two years, then you give it to a widow or give it in the path of Allah for using it as a riding beast, it is better than slaughtering it at the age when its meat is stuck to its hair, and you turn over your milking vessel and annoy your she-camel.” Sunan Abu Dawood Book No:9, 2836.

Just like Duas for the Khatna Circumscion ceremony, there are Duas for Aqiqah as well.

The following is recited (first that for a boy,  then for a girl):

“In the Name of God and through God, this is the ‘aqīqa of…. (name of the boy), son of …. (name of the father): its flesh [i.e., the flesh of the sacrifice of the ‘aqīqa] for his flesh blood, its bone for his bone, its hair for his hair, its skin for his skin.  O God, let it be a protection of the family of Muhammad, peace be upon him and his family.”

In the Name of God and through God, this is the ‘aqīqa of…..(name of the girl), daughter of …. (name of the father): its flesh for her flesh, its blood for her blood, its bones for her bones, its hair for her hair, its skin for her skin.  O God, let it be a protection of the family of Muhammad, peace be upon him and his family.

Shave the hair of the baby. It is said to weigh the cut hair of a baby in silver, an present its value to the needy or the orphans. Animals should be sacrificed either at the time of shaving or after it. 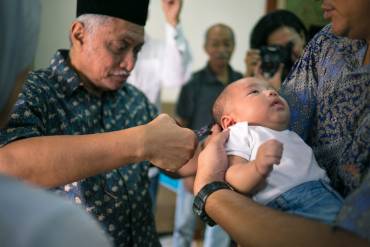 Read the following prayer at the time when the animal is about to sacrifice.

“O gathering, I am free from what you associate; I turn my face to He who split the heavens and the earth, a true believer and a Muslim, and not one of the polytheists.  My prayer, my piety, my living, and my dying are for God, the Lord of the Words.  O God, from You and to You, in the Name of God; God is greater.  O God, bless Muhammad, and accept [this] from … (name of the child). Son/daughter of …… (name of the father).”

If the child is a female recite:

“In the name of Allah, by Allah, praise be to Allah, Allah is the greatest, faith is in Allah, thanks to the messenger of Allah (blessings of Allah be on him and on his children) for safeguarding His command, gratitude for His sustenance, and awareness of us Ahl ul Bayt (our merits) by His grace.”

If the child is male, recite the following:

In a nutshell, Aqiqah has a significant place in the religion of peace, Islam. WIth certain conditions, one can perform Aqiqah. However, those who cannot due to any reason can perform it at later stages of life, as said by some scholars. However, some scholars say Aqiqah is only performed until one reaches puberty.