WATCH: Anwar Maqsood's Witty Take On Why He Stopped Writing For TV

Amid the coronavirus pandemic which has become a global threat for the human population, artists from around the world have shifted to online sessions to stay in touch with their admirers.

Speaking of the internet interactions, recently, Anwar Maqsood along with his rockstar son Bilal Maqsood also appeared in a live session on social media. Donned in a colorful traditional outfit, the legendary artist was seen answering the concerns of his fans. Fortunately, once again, the masses enjoyed the witty Anwar Maqsood as he responded to a question hilariously tossed by a fan.

The legendary Anwar Maqsood is one of the most famed and versatile artists Pakistan currently has. Be it writing, acting or comedy, the great Maqsood Sahab has aced every aspect in his long flourishing career till now. However, it is quite unfortunate to not see the nationally acclaimed artist on mainstream television entertaining the masses with his exceptional skills.

Anwar Maqsood doing what he does the best

Why living legend Anwar Maqsood Stopped writing dramas for TV?During a live session with his son Bilal Maqsood legendary Anwar Maqsood replied to his son's question " why he is not writing dramas ? and his answer left us speechless .p.s the sequence of drama names though 😜 I couldn't control my laugh at cheekh 😂😂

Several times in the past, we have seen Anwar Sahab taking a good jab at the corrupt politicians of the country. Previously, a clip from an event went extremely viral on the internet in which Anwar Maqsood was seen reading his ‘Mujhe Kyun Nikala’ writeup. Get it? Well, this time, the living legend has swept the virtual stage with his humorous take on current dramas. 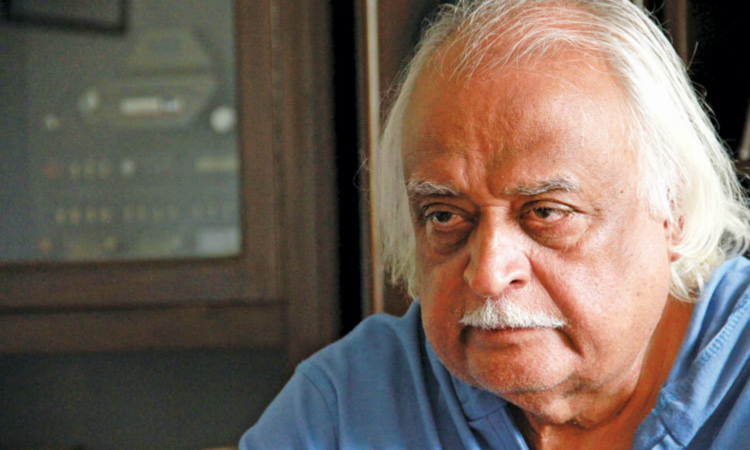 ”Now, there is no drama. Now, I just analyze the names of dramas and commercials being aired on television. On Thursday night at 8:30 pm Tum Meray Paas ho, on Thursday night at 11 pm Mujhe Beta Chahiye, at 12 Namumkin, at 12:30 pm Cheekh, double episodes. Now, after seeing such names, how can I write?”, he added.

Further, he stated, ”These are very famous dramas, they are very good, you people like it. But times are changing now.”

Anwar Maqsood still had a lot to talk about the recent productions but Bilal cut him off. Well, no matter what, the nation loves you and misses you Anwar Maqsood Sahab and hopefully, we will soon watch more of your work on television soon.