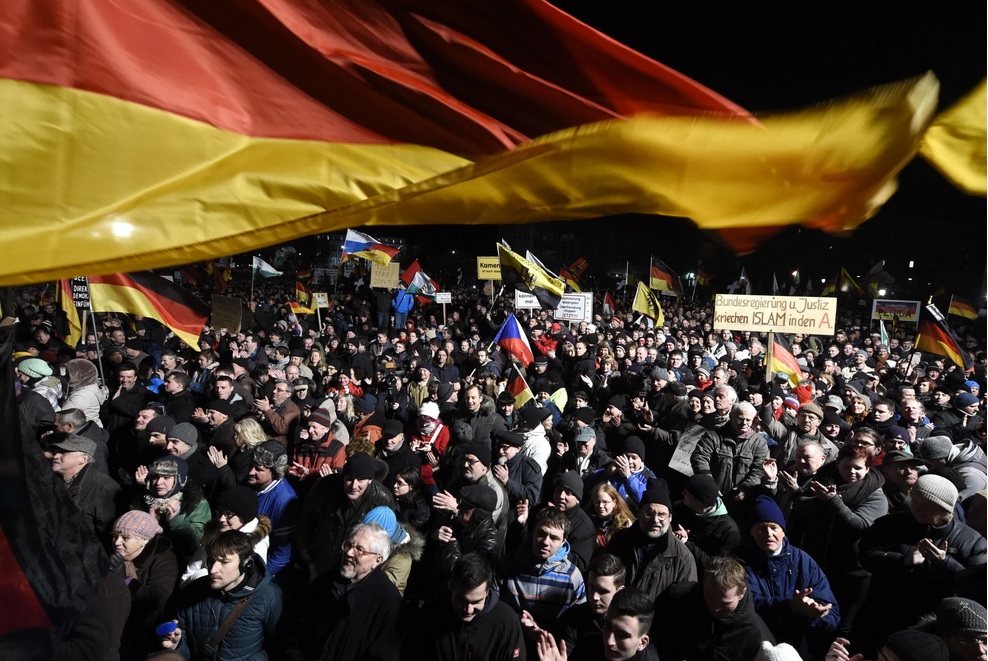 The center of the anti-immigrant movement, Muslim in particular, is none other than Germany.  The movement has shocked much of the rest of Germany as anti-immigrant marches have spread to around 10 cities in the country. Man of the Muslim immigrants reports that the streets of Germany have become a no-go-zone for them on Monday nights when the Europeans who are against the ‘Islamization’ of the West stage weekly rallies.

The movement was founded in Germany, last October. The advocates of the refugee say the number of aggressive actions against immigrants has increased sharply. For instance, just before Christmas, after one Pegida rally, protesters chased a group of young refugees, leaving a 15-years-old girl bruised and battered. 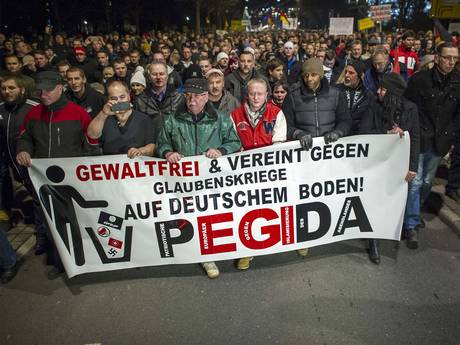 One of the residents in a shelter for asylum seekers, Ahmed said: “When I go out, I put on a hat and wear it low over my face. I don’t want them to see I’m not from here.” Ahmed was too frightened to give his last name.

Dresden is a symbol of perseverance. In 1945, it got completely devastated in a firestorm caused by Allied bombings. Over the period of time, it emerged as a beacon for tourists drawn to its museums and beautifully reconstructed city center. After the French attacks by Islamist extremists this month, Dresden stands as a bellwether of the friction between the locals and the fastest-growing religion in the European region, Islam.

Defiance with rallies in Munich and Berlin is shown by the supporters of the German anti-Islam movement Pegida. The movement should not be taken seriously, argued counter-protesters. 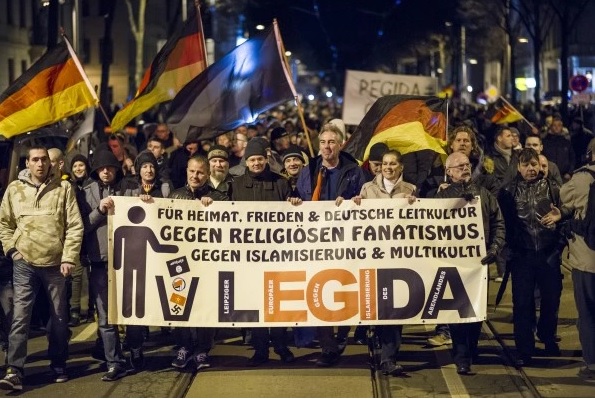 Many of the asylum seekers tried finding refuge in European countries, especially from the war-torn Muslim countries such as Libya and Syria. Germany received 200,000 new asylum applications in 2014 (an increase of 60% as compared to a year earlier).

According to the Gallup report presented at the World Economic Forum n Davos, Switzerland, Europeans are the most negative on immigration, however, the other regions in the world including North America exhibit a significantly higher level of tolerance.

Traditionally, Germany adopted a relatively more positive official stance towards immigration as compared to many of its neighboring countries as it has a low birth rate and to keep its factories operating, it needs more workers in the future.

Some of the people in Germany are not worried about the new asylum seekers, but also about the growing numbers of immigrations in general, entering the strongest European economy. Some are worried about the lack of the level of adaptability in the Muslims who entered Germany decades ago. For example, last September, 11 devout Muslims having the words ‘Sharia Police’ labeled on bright orange vests approached Turkish nightclubs and cafes warning young partygoers not to violate Islamic laws by drinking.

Some take to the streets in support of more restrictive policies, on the other hand, others are of an opinion that the movement has racist undertones.

The security concerns are mounting in Germany and all across Europe, over the threat of homegrown terror.  Hundreds of young radicalized Germans, a number of them the second and third-generation children of Muslim immigrants have left to fight with extremists in Iraq and Syria.

Do Not Forget The ‘Imprisoned’ Princesses of Late Saudi King Abdullah
What A Flabbergasted Over By BRETT LEE In Big Bash Final! A Must Watch!
To Top