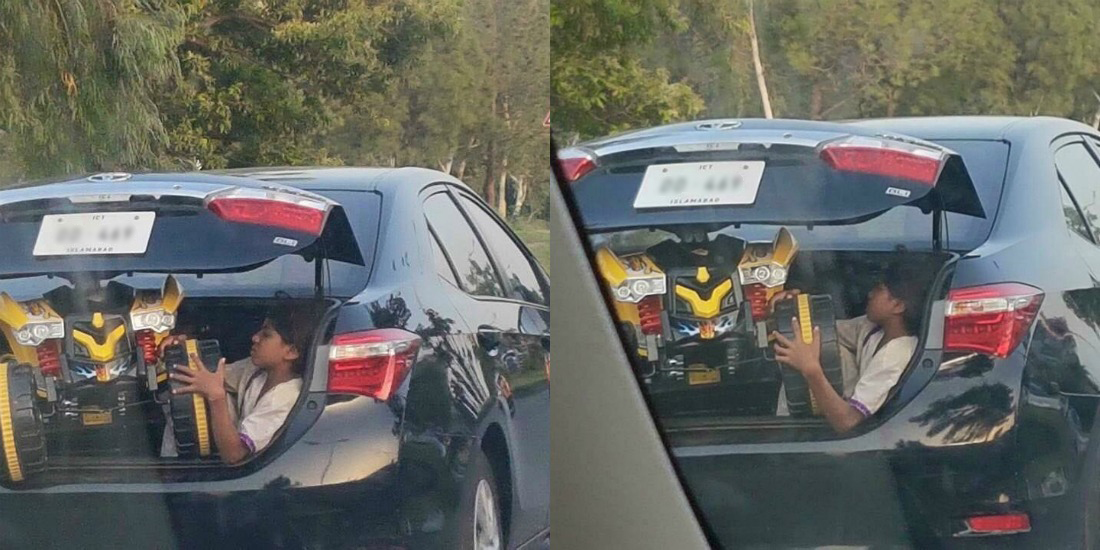 Only a few months back, Pakistan witnessed a sinister case of child labor, when a little girl was forced to stay in the trunk of a car with a sick dog, which was dying, apparently. Similar pictures surfaced Pakistan’s social media once again, where another one bit the dust, a little girl forcefully dumped in the trunk of a car with an automobile toy. 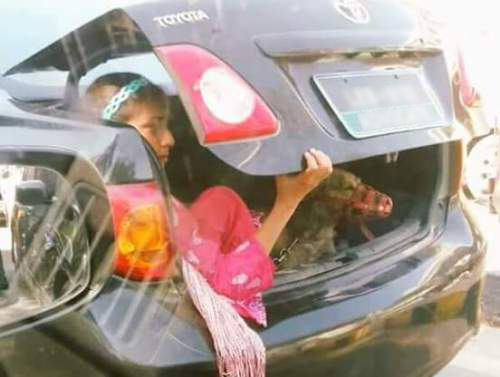 Child labor is nothing new to Pakistan, however, there seems to be a twist in the nature of the people. Appalling acts such as these, which used to go unnoticed among the masses, are now being discussed and the perpetrators publicly shamed.

Even though there isn’t much report behind the picture, it is safe to say that no explanation can be made to defend the monstrous atrocity of putting a little girl in the back of the trunk who is being forced to guard a toy that she would have dreamed of owning. 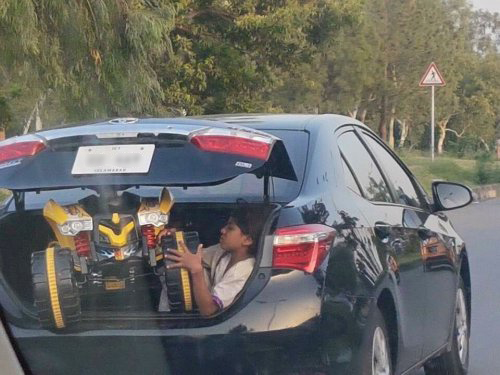 The picture went viral on Twitter and the act was condemned by almost every single person who saw it. Addendum, the youth of Pakistan, which grips the majority of the country, did not take well to the event. Along with condemnation, some people wanted the owner of the car to be brought to justice.

It is pertinent to add here that neither Pakistan’s legislature nor the country’s constitution guards the fundamental rights of children when it comes to forced labor. Events like these which are recorded, mark the actual need of such laws and regulations which protect the poor’s adolescence, innocence and the right to have a better tomorrow.

The value system of Pakistan has deteriorated ever since partition. What was to be a country free of slavery has turned on its head. Hitherto, it is fine to blame the authorities, however, it is also very important for every single person to take a deep look inside their collar, because the State is NOT implementing child labor on the citizenry, but it is the citizenry that has adopted class system for their own personal benefits.

Here’s to hoping that the menace of child labor is wiped off from Pakistan’s footings altogether.