Another Blast Exploded In Parachinar, The Imambargah Was

Parachinar – the capital city of Kurram Agency and the largest city of FATA, has struck with the bomb explosion at Shingak Road once again. According to the political administration of FATA, at least 15 killed including a woman and two children, and 50 are in a critical condition. Due to the lack of the facilities in the city hospitals, the ambulances have been arranged for shifting the patients to Peshawar.

According to the eye-witnesses, someone parked the car near the imambargah after which the bomb went off. But Sajid Hussain, a parliamentarian from Parachinar informed the media personnel that,

“It was a suicide attack and was preceded by gunfire. The attack took place in a busy area and a women’s mosque appears to be the target”

Pakistan Army has also taken part for the evacuation of the injured people through their special choppers, ISPR told media while an emergency has been declared in the hospitals of the neighboring province.

Meanwhile, the leaders of our political parties including Prime Minister Nawaz Sharif expressed their grief and sorrow on this heart bleeding moment for Pakistan.

Strongly condemn blast in Parachinar – this area bleeds again &again, but there seems to be no will to stop terrorism here. #NAPFailure

I strongly condemn blast in #Parachinar and express my deepest grief on loss of precious lives. Sympathies with families!

It is not the first time that Parachinar has been targetted. Earlier this year in January, the blast took place at Eidgah Market in which 25 died on the spot and about 50 injured. In June 2013, 57 people died in twin blasts in a market and at a taxi stand; and in December 2015, a market bombing killed 25.

The agency is considered as the most sensitive area as it borders three provinces of Afghanistan and also the main route for cross-border militant activities. Kurram Agency is part of the Pakistan’s border where the significantly Shia population has been suffered from the sectarian violence and for its combat, a number of check posts have been established from the border to the main city. 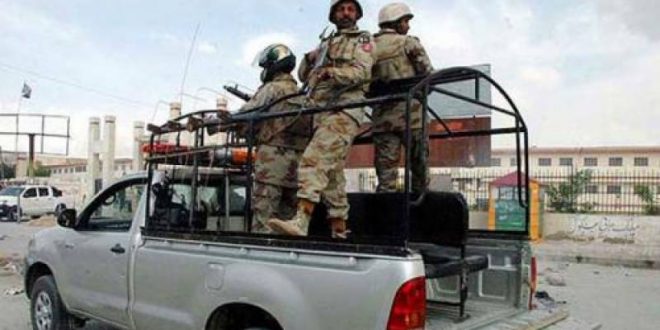 Source: The Times of Islamabad

However, this blast has raised many questions on Pakistan Army’s recent Radd-ul-Fasaad operation, an updated version of Operation Zarb e Azab according to the political analysts. They also expressed their anger and asked that it is the time when our borders need high profile security if a city near to the border hit with the blasts two times in the year, what could we expect for the rest of the Pakistan?

We should keep in our mind that the locals of Parachinar need our prayers and support at the moment, so we should hold the blame game till the security officials provide us with the investigated reports.

Noman Ijaz: The Maestro Of Pakistani Drama Industry
Pakistanis Are Savagely Trolling Ahmad Shahzad After Accusing Him Of Faking His Injury!
To Top