On account of the tragic incident of PK-8303 that took on May 22, PIA has announced to take care of the damage. This PIA plane had crashed in Karachi’s Model Colony on a Friday afternoon.

There were a total of ninety-nine passengers estimated to be on board. Only two of the passengers were able to survive this devastating incident. A huge number of people lost their lives from this incident. Not only that but an entire colony was also damaged.

The plane crashed and plunged into a vicinity near the airport just moments before landing. The residents of this locality faced their biggest nightmare that day. 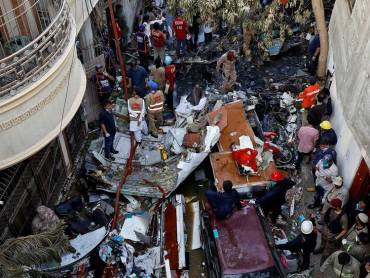 Model Colony was massively affected and damaged by the crash. There was a street that was lined by 120 square feet of houses. This entire side of the street got badly affected by the incident. Whereas, the other side which had larger houses suffered less damage comparatively.

Till today the residents of that vicinity continue to suffer from consequences of the tragedy. There were a total of 20 houses on that street, out of which two were completely destructed and razed to the ground. Both of these need to get reconstructed.

The remaining 18 houses were also damaged. The majority of them had their upper parts damaged which were hit by the plane. Luckily, the structures of these houses mostly remained unharmed.

The plane’s burning wreckage completely destroyed a number of vehicles. These included a total of 10 cars and 14 motorbikes.

Even though the federal government had claimed to compensate for the damage, no serious action has been taken. In addition, these residents continue to face difficulties until today. Haven’t these people experienced enough trauma? 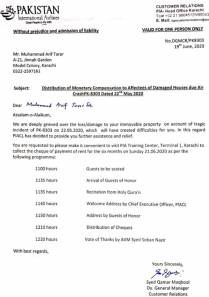 Well, the good news is that finally the real issues are getting addressed! Taking into account the difficulties and losses the residents have suffered, PIA has decided to come to their rescue. On June 19, the national flag carrier of Pakistan announced to pay 6-month rent and reconstruct their houses.