In the world of today, it seems brutality and inhumanity both have crossed the limits. Madrasa teaching is a part of the culture of Pakistan, and more than often we see nearly half of the public is allowing their children to be a part of madrasa schooling. However, many cases are associated with how children become a victim of harassment and abuse in madrasa schooling.

A tragic and horrifying incident took place in Sadiqabad area of Rahim Yar Khan. A madrasa Qari threw acid on his students as a form of abuse and retaliation for complaining about him. It happened so that Qari Usama was abusing his students; however, when these kids complained about the incident they became a victim of acid attack.

Warning: Some viewers may find the following content/video/image disturbing. Viewer discretion is advised.

Not only is this news tragic and depressing; rather the thought of being a victim of such traumatic experience is making us wonder what have we become? Since when have we become so deprived of humanity? 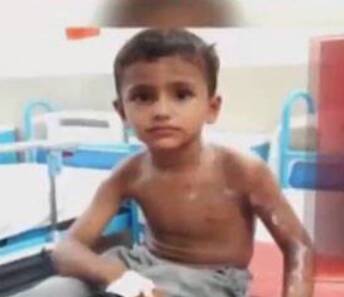 Madrasa is supposed to a place that offers the pupil knowledge and teachings of Islam. But these young children became a victim because they were about to face yet another brutality.

According to reports, the Qari is now under police custody. Moreover, he has also accepted his crime. The rescue team is looking after the children’s injuries, who have been moved to the burns ward. 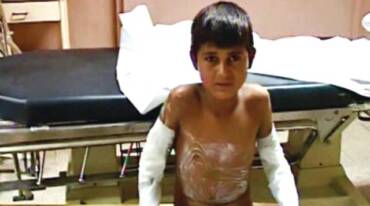 Child abuse in Pakistan is becoming one of the social evils that are expanding rapidly in Pakistan. We see issues like acid attacks, to honor crimes to domestic violence almost one day or another in the news. Although, many NGO’s are working on the imperative of solving these evils and creating a safe haven for children. It is truly saddening to see these issues prevail.

The only fear in our minds is that will justice prevail? Will these innocent kids get the childhood they truly deserve? Pakistan has a strict law against abusers. However, it happens rarely, that a criminal is punished for his crimes. It can be due to the unstable judicial systems or due to the consensus of godfathers that tend to take these criminals under their wing.

Not only are we saddened to be a part of a society, that treats their future youth so poorly; but we are in awe of how these kids might be bullied more for going through such a traumatic experience. How this entire fiasco and trauma is going to impact their lives and their minds.

We hope these four children get over the trauma and hardship that they are facing now. We also hope that crimes like acid attacks must be taken strictly and also people must be punished for acid attacks equally as of any other sort of abuse.

Handcuffed For Wearing Too Many Clothes – Muslims Fight Islamophobia Daily
Is TikToker Areeka Haq The Real Reason Behind Hania-Asim Sad Break Up?
To Top