Eating out and enjoying juicy burgers is one of the most common hobbies of every person on this planet. However, getting ‘hangry’ or irritated with wrong food orders is quite common. How many times have we been treated to either a different flavored burger or some extra toppings pizza? Regardless, it seems that everyone has a different way of addressing the situation and this Pakistani customer got a tad bit out of control when it came to his order.

Hardees is one of the most well-known eateries in Pakistan. Almost everyone is aware of this brand and its amazing juicy burgers. The customer service overall is also great at this burger food chain; and people are always lining up to try them out.

In addition, something weird that did happen was how a middle-aged man took matters in his own hand as he took arguing and fighting for a burger to the next level.

It happened so that a Pakistani man ordered some food from Hardees in Lahore and due to a minor miscommunication might have received the wrong food order. Although these types of errors are more than likely normal and tend to happen a lot of people, even Hardees was uncertain of who they were meddling with.

In a viral video, it can be seen how this man got so infuriated or as we like to call it ‘Hangry’ over the situation of getting a wrong order delivered. He took the frustration of his hunger out on the poor server. 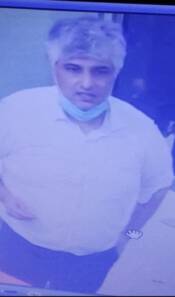 Even though, after being refunded the cash, the man went out of his way and started to thrash the employee for his negligence. It is true the customer is always right, but no book in the world promotes or suggests the customer raises hands on the employee.

Copied
I don’t know where we are heading as a nation. On 21st July 2020 a heart wrecking incident took place at our Hardee’s lalik chowk branch DHA where a customer attacked our employee for a dispute over a wrong order These employees are always taught and trained that the 1/4 pic.twitter.com/p08Zk1zJLG

Not only is the entire situation disgusting and morbid. It is also infuriating Twitterati, and they demand strict action to be taken against this man. Most of the people are even reprimanding the action and are suggesting the customer be treated with the same behavior.

This isn’t the first time we have seen someone acting brutally with the staff or the domestic workers. It seems it has become second nature in Pakistan.

Retaliate ????? Actually u dont know what its mean to have a job.if he had does any retaliation he has been long gone home.and poor guyz like them cant afford this."customer is always right" this is a big slap on our system.

However, many are also applauding the management of Hardees and their staff for not retaliating back despite the inhumane and repulsive behavior of the customer.

He should be arrested & given a same treatment in the police lockup. His software needs an update. There is no hope for Pakistani nation at all. I disagree with anyone who will come in defence of this freaking nation. I am ashamed to be a Pakistani myself.

Given the situation, anyone would have lost their temper and started retaliating. But the employees did great as they kept their temperament under control.

All in all, we hope that justice prevails and this man gets what he deserves for his immoral actions. In the end, it does make us wonder if classicism within the society is depriving us of humanity completely? Or we simply that insensitive to the lives of others over riches that we have dismissed the notion of being humble at all?

Karachi Man Beats A Motorcyclist With ‘Baseball Bat’ For Not Giving Him Way
#YoutubeBanInPakistan: Celebs Call Out Authorities For Banning YouTube In The Country
To Top