An Open Reply To Mr. Shehzad Ghias’ Post Regarding 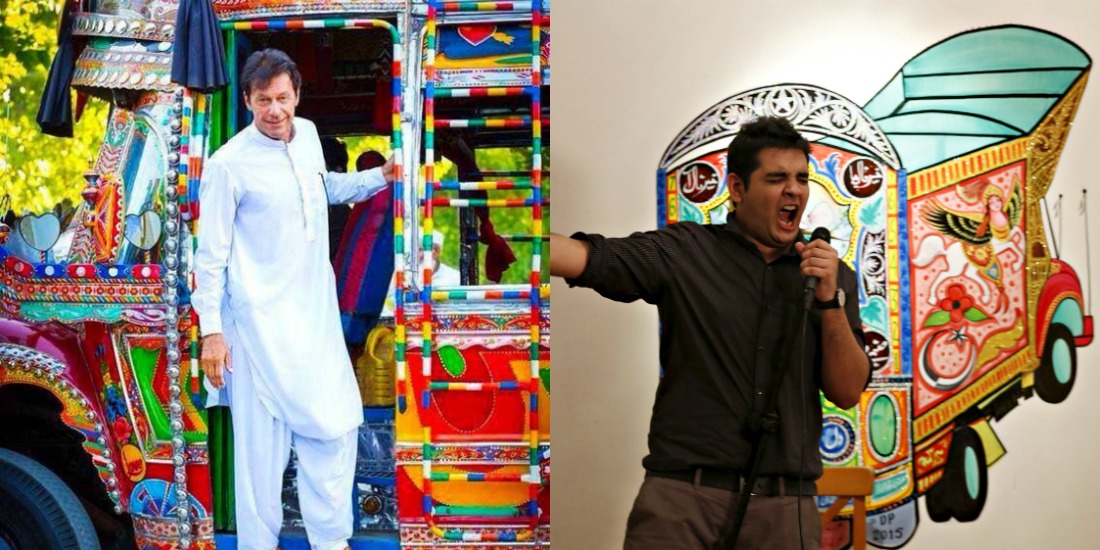 The problem today is that every Tom, Dick and Harry who has to come up with anything against IK first narrates his tale of how he was ‘once’ a supporter of PTI and how he ‘changed’. Just recently I read a post of Mr. Shehzad Ghias (about whom I got to know through his post regarding PTI) where he rested his case as to why he abandoned supporting PTI. I have been a political supporter of IK for 17 years now; I have lived the evolution of this party from a one man party to a national party and so I would like to present a counter argument to his views point by point.

Coming to point number two, if Imran Khan was corrupt like Musharaf was, he would have compromised on his ideology which he never did.  Mr. Ghias if there are any broken promises please highlight those promises. He promised that he would fight against the corrupt and the whole nation saw him do that. His promise basically was struggle for justice, from which he has never backed down. Strategies may change but that does not mean you back off from promises. Then you say that he has gathered the corrupt in his party. Who exactly are those corrupt people? Any solid proofs? Is it Jehangir Tareen who is the highest tax payer of Pakistan? Is it SMQ against whom there has been no corruption allegations? Is it Asad Umer who left behind all his perks and a life that one dreams of and joined IK’s cause on the basis of ideology? Or does inducting wealthy people in the party mean that you are gathering the corrupt around you? Even Quiad-e-Azam’s Muslim League had people from the affluent class, there were wealthy landlords as well but he needed support for his cause, and he could not create angles and then induct them in Muslim League by himself, so he had to make his choice from the people who were willing to join his cause. Here I am not comparing Imran Khan with Jinnah but just trying to give an example that when you are leading a cause you gather support from the best available rather than search for angels. Even if there are corrupt leaders in his party, have we so far seen a major corruption scandal coming from KPK? Or from within PTI? The only reason of that not happening is that the leadership is clean and does not tolerate corruption.

Point number three once again has been presented with a lot of ignorance. KPK has so far seen a positive change in its policing system, its crime rate has come down, the provincial government has brought some positive changes in the education system; a record number of children have been admitted into government schools from private schools. We have seen bills being introduced by the KP assembly which were never before introduced. We have seen electricity touching those areas in KPK which never saw electricity since the time of Partition. We have seen corruption going down. There is a lot of work to be done in the health sector but still we have seen some good changes which are commendable bearing in mind that this was a government that had taken charged for the first time and lacked experienced as opposed to others who have come to power numerous times. So Mr. Ghias what in the world are you talking about when you ask ‘What else can you judge him on if not for the things he says to come into power and the things he has done in KPK after coming into power?’. Then next you come up with sweeping statements; when did IK not show respect to democratic institutions? Was not this the reason why IK called off his recent Dharna against the wishes of his supporters? Did not he enter the parliament and try to bring about a change before taking the Panama issue and the electoral issue on the streets? And do we even have a democracy? Do our institutions even work democratically? Then you blame IK for the PTV attack? Have you forgotten that it was TUQ’s workers who had entered the office premises of PTV? On the other, hand how can you ignore the allegations on the government for preplanning this? How can you just give a sweeping statement like this before having a detailed look at all the facts and possibilities?

Point number four is as absurd as point number one. I remember during Zardari’s time how we were all dead. We were just witnessing everything fall apart but no one dared moving out for change. It was then when Imran called the nation to stand up and people responded with all the passion and enthusiasm. It was the people’s movement led by Imran Khan it was never hijacked by Imran Khan. Even today his bitter enemies give him the credit of spreading awareness amongst the people and politicising them so they can learn standing up for their rights. So who are you to say that this movement was hijacked when all the credit goes to him for showing people the way out of their drawing rooms. Then you say PTI increased its bargaining power and this is where I doubt that all your campaigning and support during 2013 was just a ‘go with the flow’ move like few others. I along with my family stood for 10 hours until we had our turn to vote. Our polling station was the COD APS. There you could not threaten the voters so we witnessed administrative rigging the reason why it took us 10 hours to finally get done with our voting. Point being the whole nation witnessed how the last elections were rigged something that was acknowledged by all the political parties back then. So Mr. Ghias these 33 seats are not a result of bargaining but they are a symbol of the struggle of the people of Pakistan. As I mentioned earlier Imarn Khan is in the best position to bargain for more, anytime he wants he can cut a deal but a man with ideology and a man who knows how to struggle would never do that.

Point number five is in line with what just Imran Khan preached his supporters in his public gathering at Islamabad. On the big screen he showed people pictures of public protesting by themselves in South Korea, Brazil and Iceland and encouraged them to do the same. He urged people to stand up for themselves instead of his forcing people to come out. Now any political leader in the world who needs people to remain dependent on him so that he could exploit that dependence to come into power would never preach his people to take charge of themselves instead of waiting for a messiah. He would never try to empower people but IK tried to do that through his motivational words in his last Islamabad jalsa. The issue of electives was something which he has himself realised and this time he would be personally interviewing all the candidates but as a supporter of IK I don’t argue that he is infallible but my argument is that we have seen so many bad people that we doubt him for something that he is not.

The problem is that we live in a region that has been colonised by different rulers and doubt and fear resides in our minds and in our genes. On top of that Pakistan’s democracy has seen so much that it is very difficult to put our trust in anyone. This is why we have such short-lived support for any movement and such myopic ideology. Minds that are meant to be enslaved by the corrupt oligarchy can never understand Imran Khan and those who are looking for unending attention too can never understand his movement. The movement for Justice of Pakistan needs no more ‘Fasli Bateras’.

This Hamdard University Student Made A Thought Provoking Short Film In Reverse!
7 Answers You Can Give To Kids When They Ask You About “How Babies Are Born?”
To Top