An Open Letter To All Those Pakistanis Who Have Decided Not To Use Their Brain!

We live in a world where we have a vast variety of humans from different culture, religion, societies and different brains. Being a Muslim, if I believe in “Fabi Ayyi Ala’a ey Rabbi Kuma Tukaz’zebaan”, means I need to have faith in the diversity of human brain. Brains that discover and invent every moment.

In a world, full of multi-talented people, making inventions and discoveries of God’s creativity, we grow up as hostages to the sorrows we experience, to the to the failures we encounter, to the petty health issues we handle (debating whether it is GOD’s bliss or anger), to the little cheating of loved ones and last but not the least, to the ‘unfavorable favors’ of friends and relatives that does the job which our abilities and intellect fails to do. We grew up feeding on the little bumps of life, expecting it might cover the lack we possess.

One might think that it is quite humane. Yes, it is, but it becomes inhumane when we become a hostage to it. Feeding on the idea that any human or any phenomenon can cover our lacks leads to the denial of the ratio of the lacks and fulfilments we possess. And denial is not humane. Accepting bumpy roads as part of the self is humane.  And when I talk of hostages, I mean it.  We graduate and we receive awards listening to the speeches where half of the credit is given to the people who have been with us in our life.

By this, I do not mean that we should not realize the efforts of elders in raising us but rarely can we see a person, crediting himself for the victories. And just as we are not taught to credit ourselves for the victories we achieve, we are not made responsible enough to own the bad we do. We grow up taking the unfavorable favors of parents, friends, and cousins because the pattern which everybody follows is set up in a way that we believe more in favors and less in the intellect which results in a disaster of society. This can be seen from the level of domestic patterns following up to the professional level. 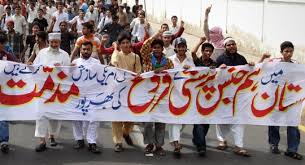 In this society, we are raised in a way where we are not taught to own our good and our bad. Despite growing up under the strict ethical norms, we fail to take the responsibility for all the bad we do. Which is why organizations like NGO’s and MPO’s are always blamed. Women like Muneeba Mazaari are blamed, people like artists are blamed, parents are blamed, schools are burnt in protests and universities are being bombed in the same blame game. We are sinking into our own wells of foolish sentiments and dramas.  Each group protests the reflection of their deeds which can be seen in the opposite party.

We grow up as loose luggage of sentiments, carrying a burden of relations, extreme religion orientedness, extreme nationalists, extreme patriots which makes us a prey to our own hearts. By extremity, I do not mean to say that it is bad, but it is not even good when it makes us a prey to our own instincts and heroes of our own tragedies. Which is why most of us as individuals, fail to see outside of ourselves, which again results in imbalanced families, leading to imbalanced institutions and disastrous societies. 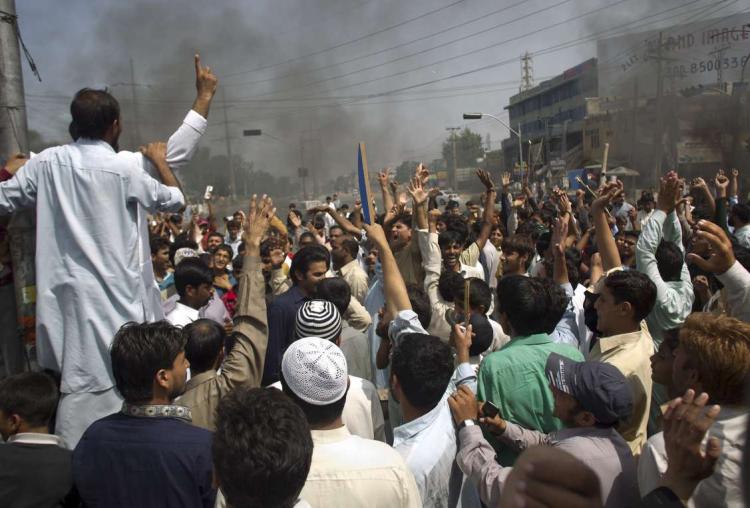 We grow up listening to the statements like, “The-this and The-That” have gone astray because she had been working for women empowerment. This truth knows no exception, and you might have been stumbled upon stories and characters like such where “The escaping of a girl with her lover” is justified by blaming the social media. Where the awareness of women for herself is justified by blaming the NGO’s. Where if a girl becomes a rebel for not marrying is justified by bringing down the empowered famous women. 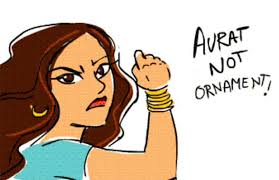 Upon reading this, one might state that “We do not justify, we talk out the reasons, the ills, and the evils”. One must keep this in the knowledge that while you reason, you also justify it, unknowingly, defending the act in itself, and dragging the actor. In the process of blaming a social body for reasoning on personal disasters, we fail to recognize the sin whereas we succeed in disowning the sinner. One can kill the sin, but one can not kill the sinners. In the act of killing a sinful heart, we kill many virtues too and which again is very inhumane. We are lagging behind in the realization that we can not fight the speed with which the world is developing because it is the result of many variables working as an effect of Divine. We have to train ourselves, to adjust with the flow.

Ethics does not mean undoing the development of humanity and world. Ethics absorbs in itself, every evil, purging it into something very sober and patterned. Ethics do not control the speed with which the world is growing, it does tame a human society. It is a catalyst for the speedy bumpy development of the world and the slow and steady hearts of men.

We end where from we begin. This is the law of nature. Everything ends on where from it begins. The societies start on individuals and they end on individuals. The fault does not lie outside, it lies within.

Read Also: Meet These 3 ‘Beauties With Brains’ Who Cleared Their CSS Exams And Became Idols For Pakistani Women!