An Indian Actress Blamed Muslim Attendants for being Offloaded 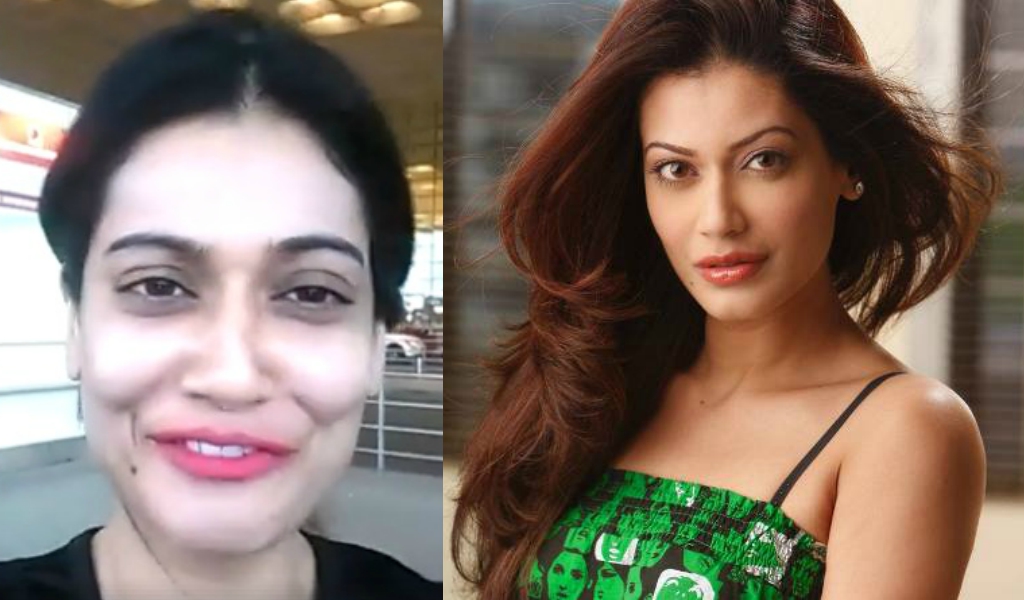 Missing your flights and reaching the airport at the last minute is a very common thing. And for celebrities, maybe a little too common. Payal Rohatgi, an Indian actress, and a reality TV performer have appeared in a number of films and TV series. Back in January, Payal uploaded a rant video on Facebook which went viral in which she had apparently blamed ‘Muslims’ for being offloaded.

According to Payal’s statement in the video, she was traveling via Jet Airways in business, from Mumbai to Kerala with Sangram Singh for vacations and reached the airport 20 minutes prior to her flight. She stated that while they were at the boarding gate, they were off loaded by two Muslim attendants named Nadeem and Abdul, and gave her story a religious angle.

#JetAirways is the most pathetic airline. My FAMILY was offloaded as there was NO Extra Bus to drop us from gate to plane or whatever was the reality, but ROWDY supervisor's mistreatment to my family and threatening attitude was the most triggering factor in coming LIVE at this moment. Their #timeline story I can't understand as I reached the GATE on time with my boarding pass. Hope all the haters can understand the difference between CHECK IN COUNTER and BOARDING GATE. I was travelling with FAMILY , was not on a ROMANTIC getaway. And these views our my THOUGHTS post the event, really trying to UNDERSTAND what happened. Not cursing ANYONE but READING out my thoughts loud. I am NOT perfect but I am human. I can gave good and bad thoughts post an incident that was appalling in all ways.

Not only this, but she kept asking if it was a “secularism act” or did the two of them (Nadeem and Abdul) just woke up from the wrong side of the bed.

However, little did she know that what she stated was wrong on so many levels that it outraged her fans and followers. The response she got on Twitter and Facebook was something she didn’t think about before posting her ‘rant’.

This guy has a point here…

ohhh that means today no hindu boarded the flight from that gate.

You should be ashamed of your self to bring religious angle. Such a cheap act.

LOL, if you watched the whole video…

This is terrible. These Muslims do Namaz everywhere. They should have given her space to do yoga.

Oh, she wanted to get on plane…? https://t.co/ueHCNlg0sT

This rant video wasn’t the only video. After being flaked on social media, she made a video response.

Here is Payal’s response justifying her given statement:

People will hurt U and then act as if U hurt them. All those being #intolerant on my timeline, I don't need your sympathy or your venom.. God bless u all and I hope u go through what I went through 🙂 It's A political party supported social media activity I guess. You can't belittle me by talking about my career…. Overwriting was done on my boarding pass. Forget being a celeb, as a woman I was mistreated. I was travelling with my 64 yr old mom who has arthritis. Why do Jet have personnel that are rowdy towards ladies. Also all this drama was because Jet didn't have EXTRA Bus or any other angle I don't know. But why didn't Jet have extra bus, ain't they supposed to have that ?? The supervisor said "U can't do anything I am doing this since 10 Years". I said OK. I walked away from the gate booked another airline flight. But I can't be taking mistreatment in my stride too. I am sharing as its my page… For all the trolls, breathe in and breathe out 🙂

Wasn’t she the one who called this incident a “secularism act”? We thought the rules for everyone are same – even if you’re the president. Boarding gates close 45 – 30 minutes to flights, be it international or domestic.

One thing’s for sure, at least Jet Airways will not have cope with her ever again. Thank goodness.

What are your thoughts on this? Share with us!

Here’s the Real Story behind the Rishta Notification You Received On Your Phone Today
After Mahira Khan and Saba Qamar, Indians are Praising Sadaf Kanwal for her Item Number!
To Top