Amna Ilyas Says Goodbye To Modelling And She Doesn't Regret It |Parhlo.com 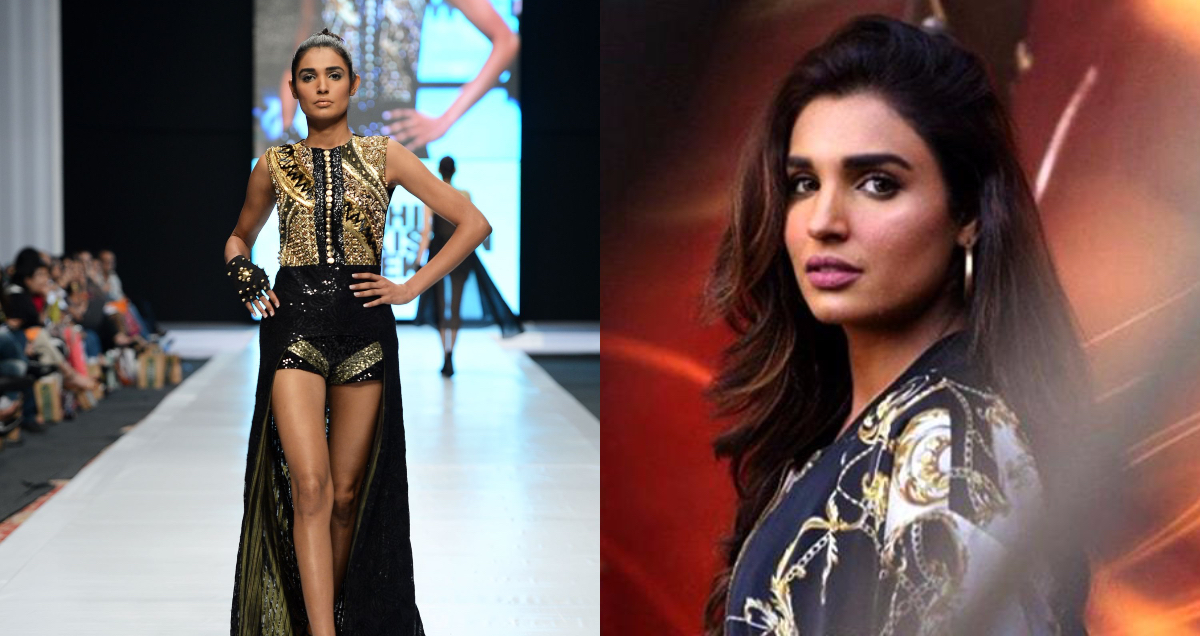 From many prominent actresses and models, many of Amna’s’ companions were requested to audition for the film “Baji”, but Amna was the one who got the chance.

Amna explains, “Baaji was destined for me.” She further says, “Everyone knows I wasn’t the first choice, but I really wanted to be a part of it. I was supposed to do ‘Gangster Guriya’ and so Saqib had initially approached me for that song only [which Mehwish Hayat went on to perform]. Humaima was on-board, but something happened and I got the part.”

Moreover, the leading actress asserts, “It was all very sudden, so much so that I just shot the first spell like a robot; I hadn’t been part of any rehearsals and so it took a while for me to digest it all — it was very overwhelming to say the least.”

Change of career from a model to an actor

Amna Ilyas is one of the best style icons the country has ever produced. Many in the country admire her fashion sense whether it is donning of western clothes or wearing or eastern ones. The actress is extremely cautious about her looks and diet. She eats fruits and healthy foods; and spends a lot of time promoting her upcoming movie “Baaji”. 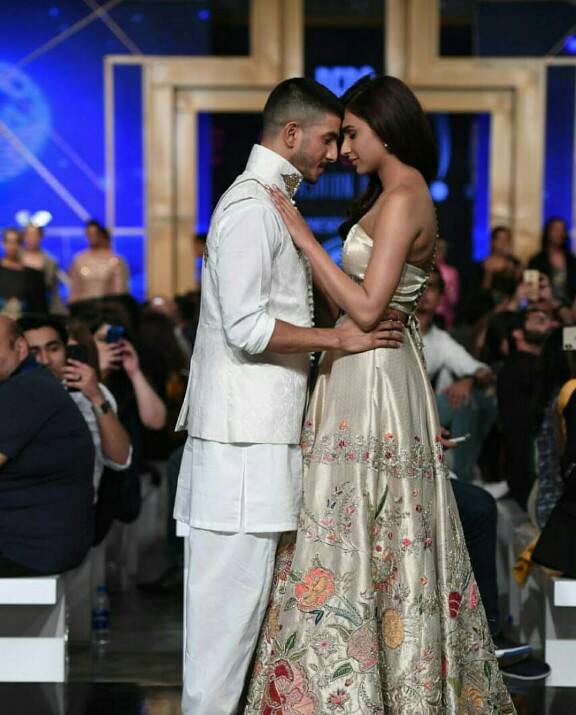 The actress said regarding modelling and acting, “I’ve now decided to stick to acting over modelling. I want to put my foot down — not for mileage or money, but because now I want the artist in me to be satisfied. In another ten years, when I look back at my filmography, I want to be proud.”

Amna Ilyas is in the industry from some 10 years now and parting her ways from modelling to acting is an interesting choice the actress has made. The journey of Amna is replete with the several ups and downs: once she talked about the discrimination regarding skin-colour, and getting into controversies. She started her film career with “Zinda Bhaag”, and did several item number songs. Last year her movie “Saat Din Mohabbat” was a flop. Her journey in the film industry is quite irregular.

The amazing actresses stated to a private newspaper

“It’s something I’ve started considering lately; I came into the movie business back when no films were being made and not knowing anything at all. But when I switched my career from a model to an actor, finally, after going back and forth when I wouldn’t be able to find the roles I wanted to do, I’ve now decided to stick to acting. I want to put my foot down — not for mileage or money, but because now I want the artist in me to be satisfied. In another ten years, when I look back at my filmography, I want to be proud.”

Beautiful Amna Ilyas said, “As a model, I walked along with twenty other models; suddenly I shift my career where I become a brand, a ‘celebrity’ on my own. Unfortunately, models have no worth in this country; we’re no Gigi Hadids here. It’s big business, but people don’t take them seriously.”

The lady also remarked to a private channel, “I’m being offered a lot of stuff; left, right and centre; only recently I’ve refused three movies because I felt an actor like me would be wasted doing those. Of course, I’m not going to place any demands of only doing leading parts, that doesn’t matter to me, I can do anything as long as it appeals to me. But having two back-to-back releases has suddenly made me very conscious of what I do next.”

Albeit Ilyas has a perpetual reputation that she speaks her heart out and is an amazing model and straightforward in the industry,  her growing attraction regarding acting has happened by giving up her career as a model. 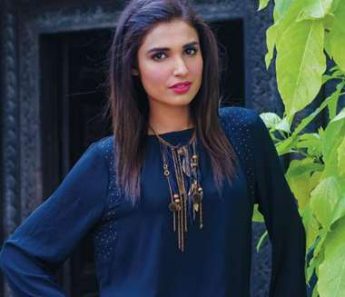 The modelling career of Amna Ilyas abounds with lots of success whether it is modelling for Pakistan Fashion Design Council (PFDC) or any other brand. The model always remained in the limelight.

Checkout: This Pakistani Guy Reveals The Most Disturbing Truth About Some of The Upcoming Models

In the words of Amna

“As a model, I walked along with twenty other models; suddenly I shift my career where I become a brand, a ‘celebrity’ on my own. Unfortunately, models have no worth in this country; we’re no Gigi Hadids here. It’s a big business, but people don’t take them seriously.”

“Strategically, if I’m doing a film and then I’m going back to walking with the same models, is that the right move? Of course not, so if you want to hire me, hire me as a show-stopper. And I don’t force anyone either, designers get me on-board because they know that I’m going to set the ramp on fire. I don’t give a damn, I’m happy doing the roles I’m doing.”

Upcoming Movies of the lady

The stardom and beauty of Aman Ilyas are undeniable she is one of the top choices of filmmakers as an actress. Her upcoming movie besides “Baaji” is a comedy, “Ready Steady No (RSN)”.

The actress to TV channel reported,

“We’ve been talking about RSN for as long as I can remember; I wasn’t expecting anything from it, to be honest. When you’ve shot something so long ago and it’s not coming out, your hopes aren’t very high. But since the trailer was released and the song Dekho Dekho’s come out, people love it and the response I’m getting is so very positive. I’m getting so many messages and I’m glad it’s turned out the way it has.”

“What’s funny is that Hisham’s made the film from his own experiences and that’s something I didn’t even know when I was filming it; he was involved with someone and he eloped, but he couldn’t marry that girl, and if something that’s so close to you and you display that on celluloid, it’s very universal. It comes straight from the heart, which is why I feel people are finding it relatable and warm, and real. I don’t know how it will do at the box office but I’m keeping my fingers crossed for sure.”

For me, the Amna has made the right choice in quitting her career as a model and by adopting acting as a full-time profession. The lady is quite unique in her acting skills and her beauty is flawless and admirable. Her utmost dedication to her profession is soaring her status in the film industry on war-footings.