Since you have read the title by now, it must have reminded you of those harmless pranks Pakistani siblings or friends do when you leave your account open on the laptop. They post a status from your profiles praising themselves. Good old days!

Now, take this prank many notches up to an international level hacking; this is what has happened here. Amitabh Bachchan’s Twitter account was compromised by Turkish hackers and they seem to be admirers of Imran Khan. How? See for yourself. 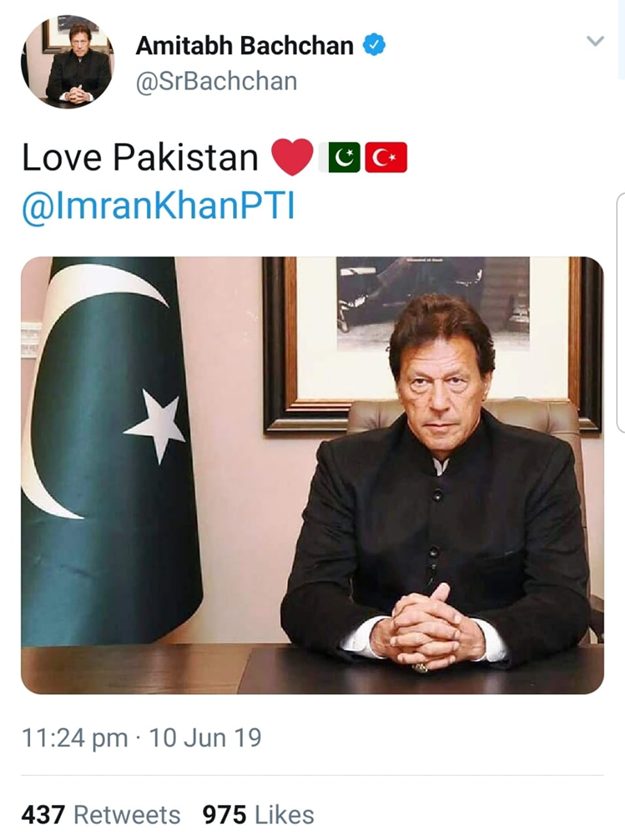 Not only did they replace the king of Bollywood’s profile picture with Prime Minister Imran Khan’s; they also tweeted with PM’s pictures saying “Love Pakistan” with the flag emojis of Turkey and Pakistan.

Along with all this, they didn’t even spare Amitabh’s Twitter Bio that read, “Actor … well at least some are STILL saying so !! Love Pakistan” with Turkish Flag emoji. 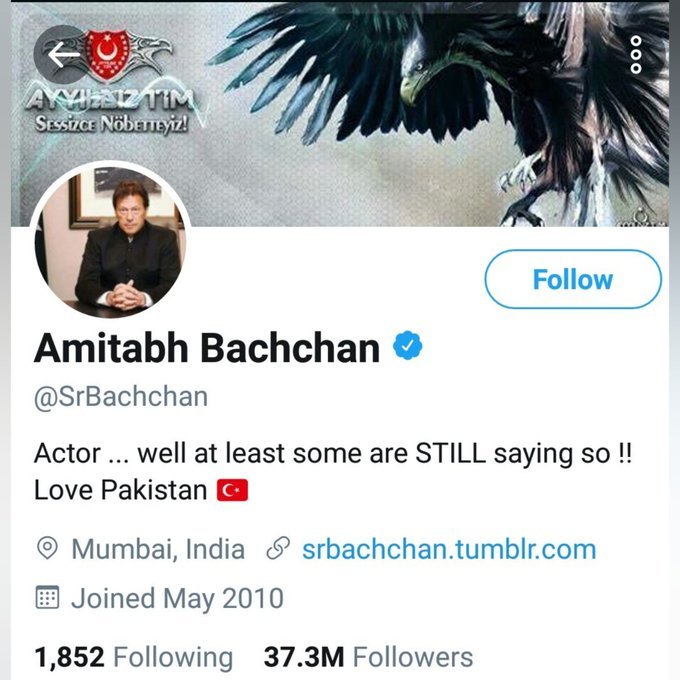 It gets even more interesting as there is an anti-state tweet posted ‘supposedly’ by Amitabh Bachchan, hilarious

The hackers tweeted, “The Indian State, who mercilessly attacks the Muslims fasting in the month of Ramadan, is attacking the Ummah Muhammad in this age! Indian Muslims are entrusted to us by Abdulhamid.” 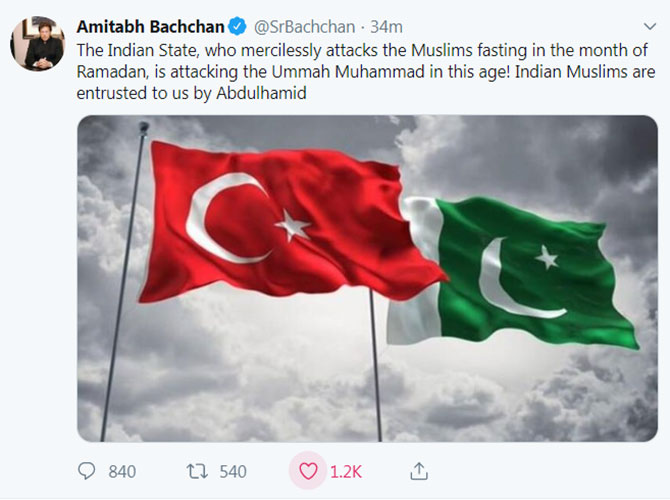 This group of hackers goes by the name Turkish Cyber Army. They pinned another tweet on the account, that read, “This is an important call to the whole world! We do condemn the irrespective behaviors of Iceland republic towards Turkish footballers. We speak softly but carry a big stick and inform you about the big Cyber attack here.” 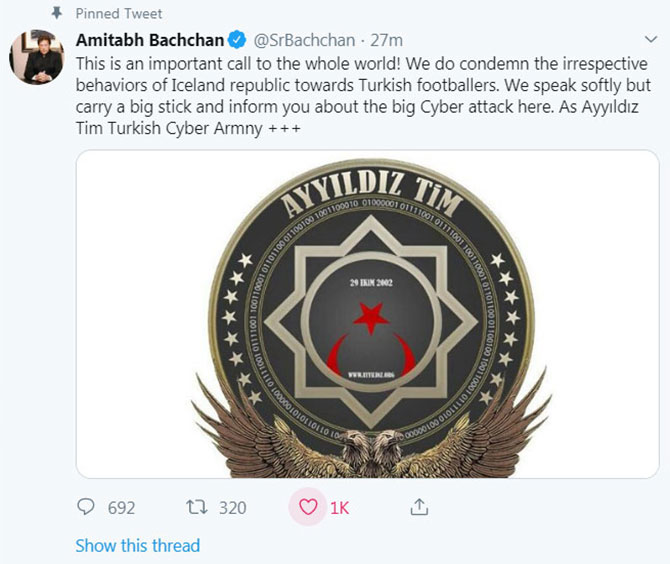 The suspicious yet blatant activity was immediately taken notice of and the tweets have been removed. The account too has been recovered and is up and running.

But what’s the fun in that? Let’s check out angry Indian reactions. Ah, the satisfaction!

Pakistanis are thankful to Turkey for pulling off such an iconic trick and that too involving Amitabh Bachchan. We love him too!

Analysis- This hacking is not done by any Pakistani citizen. If you look closely you will find the bio written in English. Yeh madrasa chap logo ko english kab se aane laga??#AmitabhBachchan pic.twitter.com/FTmzkD0eMY

Yes, Abhinandan the savior. Here’s a medal for utter delusion.

India: we entered your territory did surgical strike once and Air-strike again, Ask your army if they have the balls do anything.

Not sure what’s the position of Turkey now, but we shouldn’t worry considering the impressive performance India gave us after Pulwama. Enjoy the memes and sip your tea!

Have anything to add to this? Go ahead in the comment section.