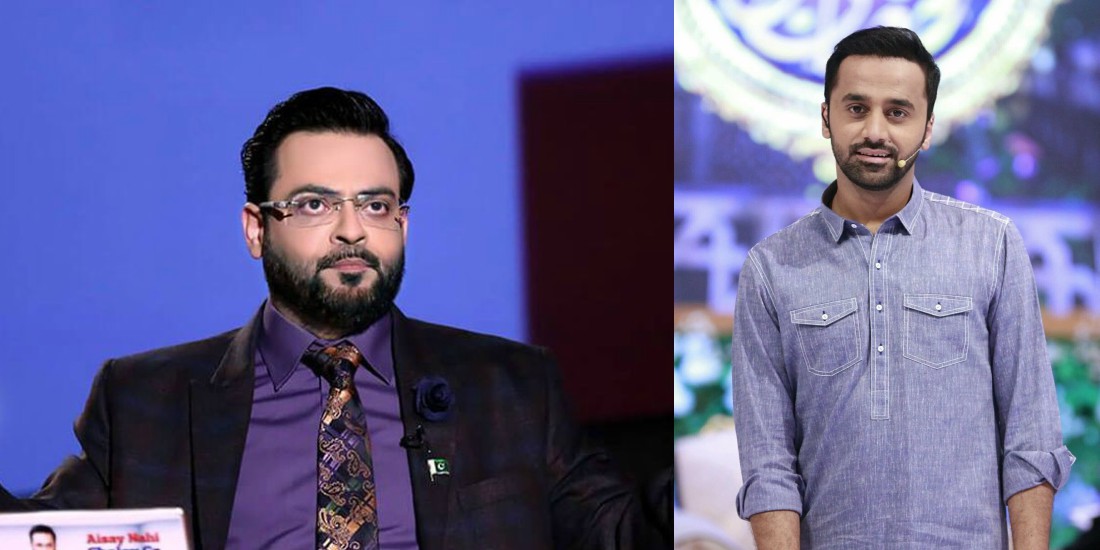 7th of February was a very happy day for Waseem Badami since it was his birthday. ARY anchor, Waseem Badami’s 33rd birthday was a happy day for his fans too. Twitter fans were wishing him with all the warmth and love. Waseem got famous by the Ramazan transmission he hosted with Junaid Jamshed. There was no home in Pakistan and even Muslims living abroad used to watch the transmission all day long and during iftars and suhoor.

But on the same day, another news broke on the internet that Amir Liaquat who was banned from appearing on TV by PTA. However, the ban was lifted by the supreme court on 7th of February. So, just on the day, Amir came back with a bang. People surely missed him and TV must have been really boring for them without Amir Liaquat. He is probably the only anchor who has shifted channels like changing clothes.

He previously left Bol network by accusing them of holding his payments for months. We got to hear a similar story from Huma Amir Geo News anchor on her Twitter account about the salaries rendered by Bol and how they stole her car given by the channel. But coming back to Amir Liaquat, now that the ban has been lifted he’s soon going to come on 24 News.

The channel broke this news on their social media

Now, we can see more of him on TV and wait for some more controversy so we can have memes to enjoy on the internet. Amir on the day of his “Bahali” wished Waseem Badami on his birthday.

Waseem seemed equally happy and wished Amir on his comeback too

But, he couldn’t help but be himself. Kesa dia?! 😉

Upon which, Waseem laughed but the thread didn’t end here. People below these tweets went crazy and laughed themselves out!

Many people on social media in some way or other might have heard about the scandal about Waseem Badami. As for how a woman claiming to be Waseem’s girlfriend revealed many shocking things in a video, where she claims to have screenshots from the chats that she had with him. Minahil Aly is the girl who claimed to be Waseem’s girlfriend for 4 years and said that he had this relationship as an extramarital affair. The video went viral and there were roars on the internet about what would come next.

Manahil Aly on his relationship with Waseem Badami

Not much happened on Manahil’s video and facebook statuses. The matter was shushed as it never really happened. Leaving a question mark to what really happened and who was wrong.