Amir Liaquat Criticizes Reham Khan on Her Clothing and People are Annoyed! 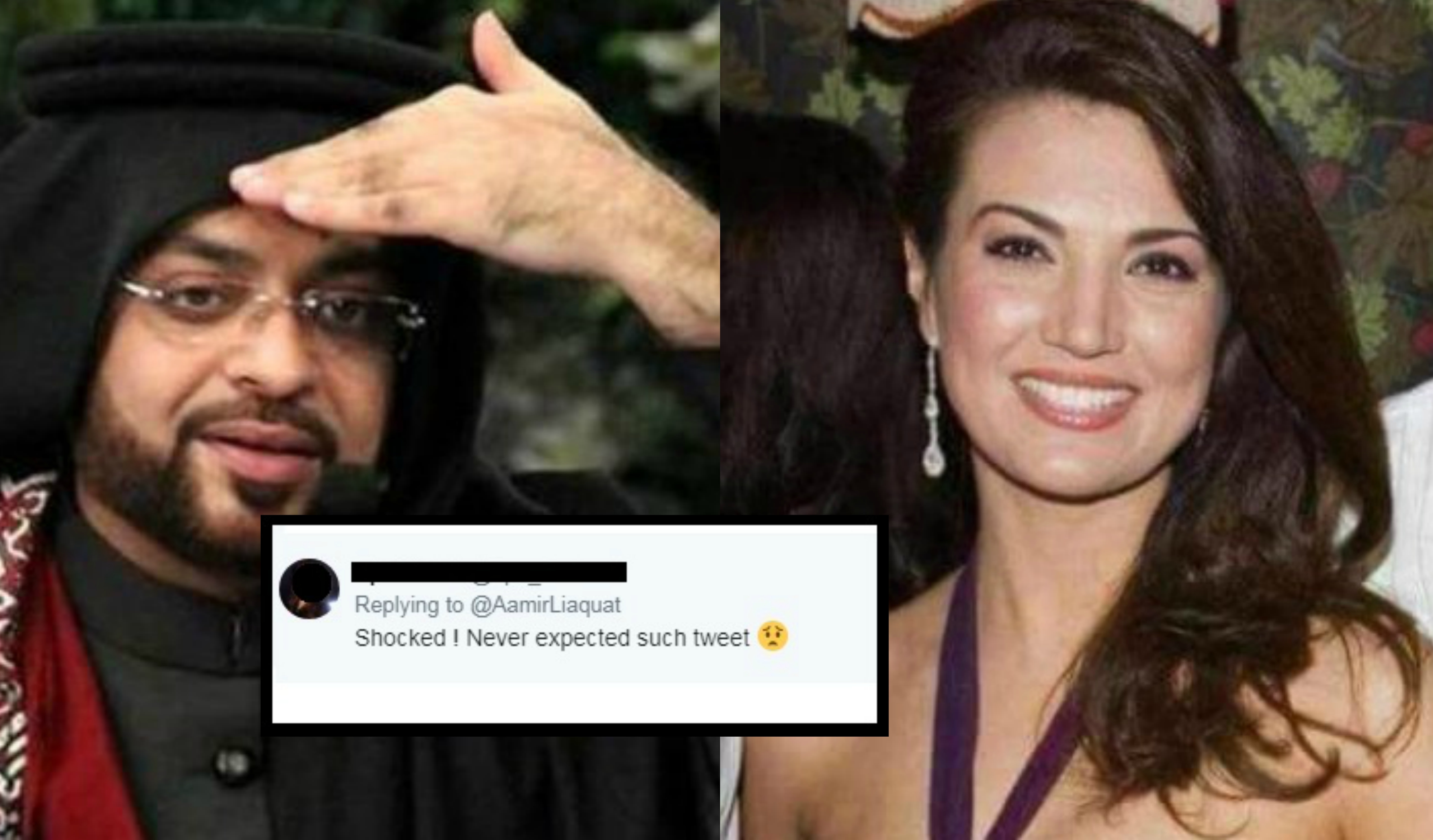 From the rock ages till now, almost everything has evolved except for the mindset of judging a woman. It’s ironic how our respect for a female is majorly dependent on the clothes that she wears. Lesser the clothes and you could see how low people can get to even question a lady’s character because who cares how intellectual she is when the debate is always about her clothing. Shortly, a similar incident was witnessed when Amir Liaquat criticized Reham Khan with a revealing picture of her.

WHATEVER SHE PUTS ON HERSELF IS HER CHOICE

AMIR LIAQUAT IS AGAIN IN TROUBLE

It’s not a hidden fact that Reham does like Imran Khan as much as she did back when she was married or even before that, unlike Jemima. Being vocal about this issue, she disclosed many hidden facts about Imran Khan’s life and their marriage while giving an interview to an Indian channel that got people into a rage to such an extent that they labeled her as an Indian agent.

THE INTERVIEW OF THE INDIAN CHANNEL

Although, Reham did try to confront many of those, somehow, she failed to make them believe the things that she previously said in the interview. Keeping an eye on all of this, Amir Liaquat recently took a dig at it and tweeted:

It didn’t take much time for people to react to it maybe because they already have had enough of this drama and were trying to get over it after a long weekend of typing so much about Reham and her statement in the Interview.

DON’T CRITICISE ANYONE ON THEIR CLOTHES

THE WAY SHE DRESSES IS HER CHOICE

SHE ALSO HAS A FAMILY, PLUS, IT WAS HER PAST NOT PRESENT

Despite everything that she did wrong, there is no denying that the British-Pakistani did change her clothing since she returned back. So, it’s wrong to use someone’s past to blame their present. Whatever she said can be questioned but not on the basis of what she wore. It’s completely her choice to put on whatever she wants because only she will be responsible for it. If you liked the article then like, share and comment down below to give us your feedback.