The entire world rests quietly, watching hundreds of Muslims getting killed in cold blood, for no reason, but hatred. Muslim nations are, slowly and gradually coming forward with the aim of opening their doors for the victims, but none of it is still available. The media presence of this dilemma is close to nothing.

Pakistani host Waqar Zaka has proven himself as a resourceful human being when it comes to casualties which affect the Muslims around the world. He went to Syria to play a role in getting direct insights of what was happening with the Syrians, something which local news channels failed to do.

On the other hand, anchor and journalist Amir Liaquat often says the bitter-sweet statements in his coverage. His blunt remarks not only get him a lot of attention but also helps in sharing the reality to the masses.

Seeing the Presence of these Two Media Officials, they Might be Visiting Burma Soon! 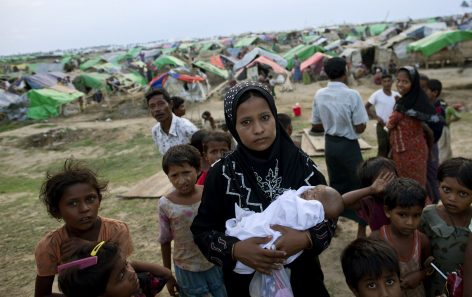 Waqar Talked about How Muslims Need to Step Up!

It is about time that all the Muslim countries must unite in order to call immediately OIC summit on Myanmar massacre.#RohingyaMuslims

Zaka then Tweeted to Amir Liaquat about Visiting Burma

This won’t be the first time Zaka would be packing his bags to play a role in helping Muslims drenched in pain. His contributions for Syria were even recognized by the Pakistanis for which he received an award.

On his Request, Amir Liaquat Replied that He is All in for the Plan!

Lets do this . Sending u whtsapp per details.

While they are planning to do well for the Burma Muslim community, some people weren’t really pleased with the idea.

Could simply call Amir on his phone but publicity…………… https://t.co/VwWy7vH6qM

But Some Were Looking Forward as well

Even if these two don’t really make it to Burma, it is essential to note that they might be making some efforts to save the Muslim community, while the rest of the world is sitting and watching them burn.

Given so, we are definitely looking forward to seeing how this goes and would be urging Muslims to contribute in this as well.