The British boxer Amir Khan has secured a victory against Australia’s Billy Dib, making him the  winner of the WBC International Welterweight Championship, held in Saudi Arabia.

Khan mentioned that he was going to retire if he did not win against the Australian player, but proved his sportsman spirit once again. As the match began, Dib barely had a chance to attack because Khan controlled every aspect of the fight. He dropped a left hook within the second round which reduced his opponent to his knees. Throughout the match, he displayed speedy decisions timed with a perfect flow, giving his opponent zero opportunities for a blind spot. Moreover, it seems that the fight was entirely one-sided, as Khan made sure to retain his dominance through the display of swift and powerful moves. 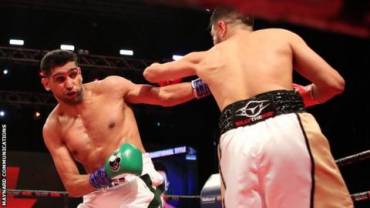 All Dib could continue to do in the third round was defend himself because the power dynamics between the two seemed to be quite huge. In the end, Dib reduced to the floor because of the constant blows in the fourth round, and Khan was crowned as the winner.

Even the former Pakistan’s Chief of Army Staff (COAS) General Raheel Sharif joined the crowd to witness the fight go down. Once, the British boxer won, Sharif showed his support through embracing the boxer for his win. Moreover, it was again a historical moment for Pakistan because one of the most popular British-Pakistani boxer had the opportunity to set another win. Despite his continuous controversies, Khan still wishes to stand strong.

Future Fights For The Champion: 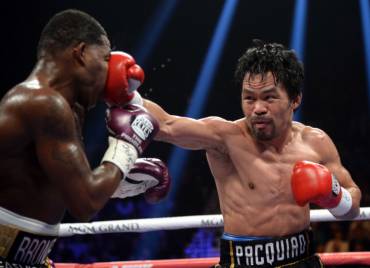 After the match, Khan expressed that he enjoyed the fight and would like to come back to the city because of the thrilled crowd. Now, people are curious to see Khan set up a scrap against Filipino boxer Pacquiao. He is hoping to experience a victory against the skilled boxer. Not to mention, Pacquiao will be facing Keith Thurman next week.  It is a challenging time for boxing fans because the outcome looks vague. Yet, Pakistan is keen on cheering for Khan.

On a lighter note, the rapper Tyga walked Khan out as well as celebrated the win with him by sharing a picture of both of them in the ringwalk. 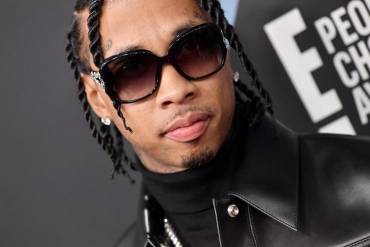 Khan also appreciated the American rapper, as he dedicated an entire tweet to thanking him for the walk out. The tweet read, “The entrance to the ring was amazing, big thanks to Tyga for the walk out. Can’t wait for the next 1”

The entrance to the ring was amazing, big thanks to @Tyga for the walk out. Can’t wait for the next 1. #Fullhouse #SaudiArabia @JED_SEASON @amirkhanpromo @SBLHitHarder pic.twitter.com/NULUyCyGtK

This win adds another title to the boxer’s career. Addressing the win, he said, “Thank you for all the support. Fight 39. Big thanks to my team Bones Adam Alex Ariza and hector. Super Boxing League for putting on a great show in Jeddah. Many more to come to Saudi Arabia. All the best Billy Dib hope u come back stronger. Who should I fight next?”

What do you think of the situation? Do you believe that Amir Khan would be able to keep up his wins or will his career see an end? Are you excited for the future matches? Share your thoughts.

About 55 Chinese Companies Are Willing To Invest $5 Billion In Pakistan!
This 8-Year-Old Girl In Karachi Drives A Water Tanker For Money But People Are Extremely Angry!
To Top