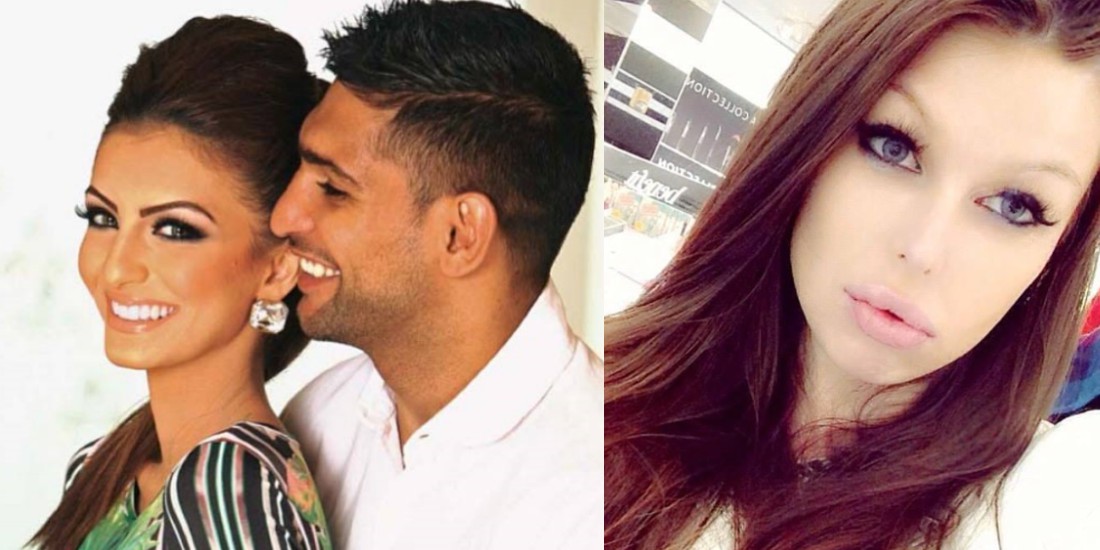 Fantasising your marriage might give you butterflies in your stomach but in reality, it’s a whole zoo. From every tiny detail to the fact that you get to spend your life with your loved one is no less than a hard work that requires immense struggle. Amir Khan and Faryal Makhdoom might have thought the same when they accepted each other in sickness and in health. But it seems like it went a bit wrong on the boxer levels because he was yet again time found to be hitting on another woman.

THEY LOOK SO CUTE

The previous year was assumed to be a rough period for their marriage which ended up well after a series of the blame game that got everyone’s attention. However, it wasn’t the first time when Amir Khan was caught red-handed with a woman, his history of flirting with females involves a never-ending list. Nonetheless, this time for a change he did it on Valentine’s day.

It all got started when his stunning wife who he majorly doesn’t care about uploaded a random picture on Instagram with a caption asking who else will be celebrating the day of love alone. This information for enough for the Sherlock audience to get the tracing of what has Amir been doing if he is not with his wife.

Btw How corny is Valentine’s Day … Who’s going to be sat at home eating chocolates they bought themselves ??‍♀️

A high number questioning Amir to be contacting another female was proved right when Mr. Khan was reported to be convincing a model to pay him a visit at his San Francisco training base. While his pregnant wife Faryal is in New York.

A 27 years old model Dasha Abdelgany broke her silence on how the popular boxer has been contacting her to visit him before his wife arrives. The model revealed that she was called “cute,” by Khan who wanted to “hear her voice” said that her lips are “wow.”

On 1st February 2018, he sent the model a message saying: “I’m in SF… here for four weeks. But alone for a week.” He continued onwards saying, “Will be nice to connect with U.”

It all didn’t stop here because she was, later on, requested to fly to California to which Abdelgany replied, “I live in New York which is a five-hour flight from San Francisco. He wanted me to fly to see him before his wife arrived.”

She shared, “He said he was there for four weeks to train for his upcoming comeback fight but was only alone for a week. He said I needed to get there asap. I ended up blocking his numbers,” the model professed as she went on to share how the call from Khan upset her to lengths.

The conversation between the world champion and the NYC model can be tracked from their string on Instagram where he even dropped his number to her. He no doubt was smitten by her beauty. “He must have been looking at my picture. I don’t like the idea that people are judged by their looks if that’s what he’s doing he’s quite shallow,” she explained.

Pakistanis Share Awkward Things That Happened to Them on Valentine’s Day!
Pakistani Celebrities and the Rest have Accepted the #PadmanChallenge and People are Finding it Weird!
To Top