Amir Khan and Faryal Makhdoom have been surfacing on the mainstream level for quite long now. Entertainment gossips have revolved around this couple, who have been a part of grave controversies involving their lives and families for the past 3 months. Just when you thought you were done hearing about them, a developing story breaks the headlines once again.

In a desperate call to save her marriage, Faryal Makhdoom, in her typical style, took social media to voice her stance. Addressing her followers, she tried to lay down every bit of truth and ultimately apologized for everything on her part. 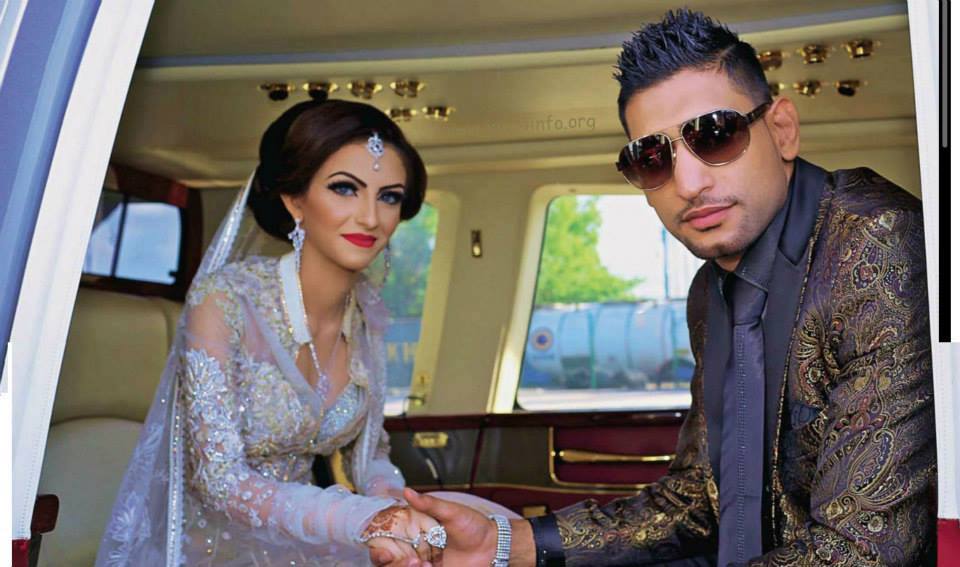 I would like to send a special message to all my supporters.

Thank you for being there for me during my darkest hours. Your love and support helped me immensely and I feel so humbled with your prayers.

As you know, the past three months have been really tough on me and my marriage.

Matters haven’t been helped by the fact that my husband has been out of the ring for quite some time (sic)… it’s been very stressful for us as a couple, and a family.

I now recognize that all this infighting between me and my in-laws has had a terrible effect on my husband and I… and for that, I would like to sincerely apologize.

My mother and father in law are the elders of our family and as such deserve love and respect just as much as my own parents do.

I’ve said things in the past out of anger… I didn’t really mean and regret now.

My daughter and unborn child do not deserve a broken home. That is why I have decided that it is time to put our differences behind us and start afresh.

All families go through hard times. It is unfortunate for us that our difficulties were played out so publicly. I also apologize for my part in that.

We all make mistakes; we are only human after all. 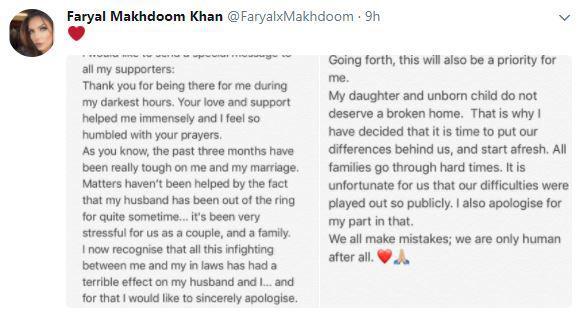 Here’s what Amir Khan has to say about it…

Thanks to Faryal for clearing up the accusations she had made about my family in the past which were false https://t.co/smZuq9F4JN

Unfortunately it didn't work out between Me and Faryal and we are still going ahead with the divorce. We are in good talking terms.

We have to think about our daughter Lamaisah who I will always be there for. I wish Faryal all the very best for the future

What do you guys have to say about it?