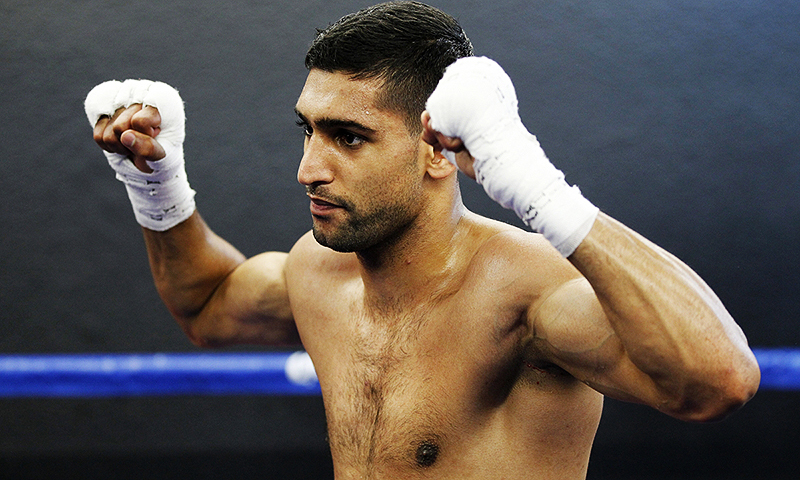 However, a spokesman for the 27-year-old former WBA and IBF light welterweight champion said he expected the case would be dropped.

Greater Manchester Police said officers were called to a street in Khan’s home town of Bolton in northwest England at about 1:30 am (0030 GMT) on Friday.

Officers â€œdiscovered two 19-year-old men had been assaulted. Their injuries are not serious.

â€œA 27-year-old man was arrested on suspicion of two… assaults.â€

He was taken into custody for questioning.

A spokesman for the Olympic silver medallist confirmed he had been quizzed by officers but added:

â€œIt was a minor incident and we’re expecting the case to be dropped against Amir,â€ the spokesman said.

â€œWe’re expecting to formally hear that from police on Monday morning.â€œ

A Daily Mail report read: “Khan is alleged to have drawn alongside the men in a Mercedes C Class at around 1.30am after he was taunted. A witness told the Bolton News that Khan responded by saying: ‘Donâ€™t you know who I am, I am AK.’ One of the alleged victims is believed to have suffered an injury to his cheek and the other an injury to his leg. Neither required treatment.”