Remember the time when Indian batsman, Rohit Sharma cast his aspersions on Mohammad Amir with a comment that took a toll on the world of cricket. This is what he said:

“There is just so much hype around him; I don’t think it is right to give him too much hype after one match. He is good but he needs to prove it over and over again. Now people are comparing him to Wasim Akram and all that. He is just a normal bowler, on that given day if he is good, he is good. It is not as if he turns up and blows everyone away.” 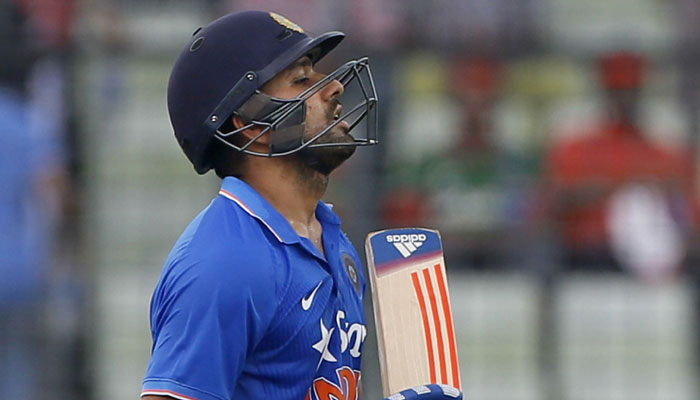 This comment remained a highlight of the year 2016. It sparked controversy as well since it hit a bad nerve with Pakistani fans. But before Amir could say anything about that comment, he already did something phenomenal that became a nightmare for Rohit Sharma.

How can you not!

But seems like Amir unfinished business; he was not done after he dismissed Rohit Sharma on the first delivery. He had a lot more to do. He had to deal with it in his way. So, just as Rohit Sharma decided to pass a remark about Mohammad Amir and his ability, the Pakistani bowler, said the following words:

It’s not my concern at all and I just concentrate on my performances and what I am doing for my team. If I (am) worried about other people’s opinions of me that would just cause me stress, and that is why I avoid it

THIS IS WHERE IT GETS AMAZING!

In fact, I would call him an extraordinary batsman. His record for India is superb and I respect him. His opinions about other cricketers are up to him, but with all due respect, I never worry about what other cricketers have to say about me.

Hence proved: Mohammad Amir is class – on and off the field!

Please Students! Stop Being Scared From “The Result Day”
13 Reasons Why Sindhi Boys Got Swag Like No Other
To Top