Pakistan is living high in the spirit of celebrating the return of cricket in the home ground. The entire nation is looking forward to the final of the 2nd edition of PSL which will take place in Gaddafi Stadium, Lahore on the 5th of March.

PSL management and franchisees resolve to hold Final in Lahore. We invite PM, COAS and CMs to attend the match at Gadafi Stadium.

With high means of security and preparations, the excitement of Pakistanis can be seen on how the tickets were sold within 24 hours of availability!

Despite of all threats & fears. #PSL all tickets sold out, shows resilience of a Nation. People stood firm so, Encourage not discourage.

Bank of Punjab is still filled with cricket fanatics from all over Pakistan, wanting to grab their chance on witnessing the return of cricket on the home ground. While people are busy fighting for their way to buy a ticket, Geo news reporter Amin Hafeez is keeping them fully entertained! 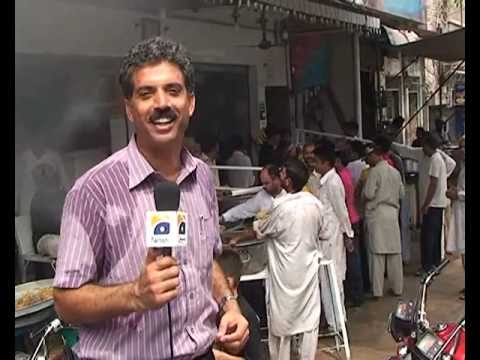 Amin Hafeez went to Bank of Punjab’s branch where hundreds of Pakistanis are protesting to buy tickets worth rs.5000. Because the management has informed the spectators that rs.500 tickets are sold out, the herd is protesting and Amin Hafeez stands by them.

What makes Amin Hafeez’s reporting so unique is how he jolly and entertaining he is:

And people absolutely love him!

Amin Hafeez You Are A Rockstar. ???? pic.twitter.com/9ReELUPse4

You can be cool but you can never be Amin Hafeez cool :’) pic.twitter.com/5mw4uWdiHZ

Love this guy Amin Hafeez of #Geo. His style of reporting is unique. Makes a bad news humorous with his jolly style.

This wasn’t the first time Amin Hafeez gave us one of the most entertaining reporting.

And When He Talked To Cows While Reporting Eid-ul-Azha Last Year?

This GulAhmed Ad Parody Is The Only Thing Men Need To Use While Arguing With Feminists!
Umar Akmal Is Under The Spotlight Once Again But, This Time Against Authorities
To Top