Fascinated by alien invasions? Get ready! It has just recently been discovered that Area 51, a highly classified zone and a remote detachment of the Edwards Air Force base in Nevada, USA, has been said to have unreported incidents about unidentified flying objects hovering around the base. 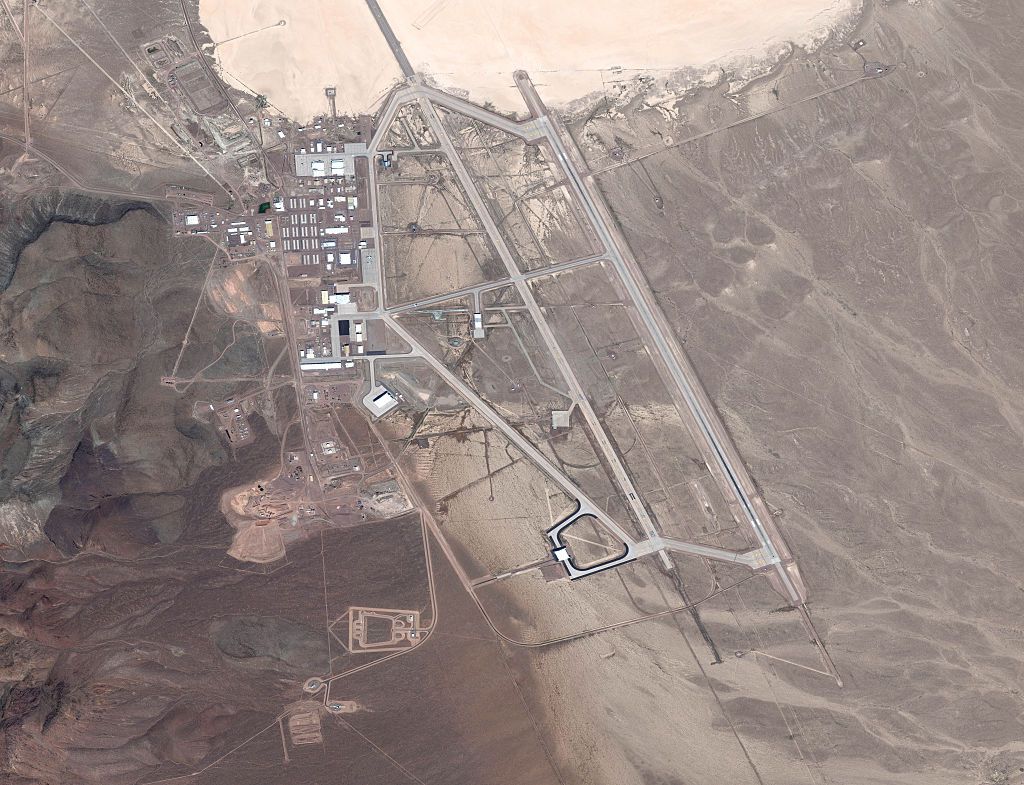 Of course, all we can think about when we hear the word UFO is our ever-growing curiosity to find out if the green, slimy and weird headed aliens we read and hear about really exist!

It is believed that Area 51 has practically acted as a shelter for many unreported UFOs and aliens entering the United States in the past decades though there seems to be no evidence (that we have access to, anyway) which supports such a theory.

Ever since the civilians have come to hear of this, every single one of them has been busy channeling all that excitement into creating trendy Area 51 memes starring typical, green aliens and their fascinating spaceships.

Here’s one for example.

The Simpsons prediction coming true again? Like it did for Trump becoming the president? 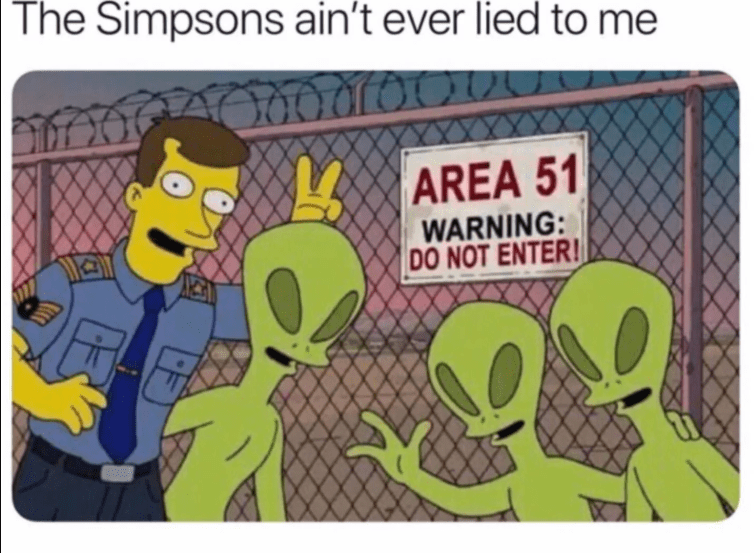 Youngsters and UFO enthusiasts have also been busy planning a joke event to storm Area 51 and ‘Naruto running’ their way inside to avoid the bullets and successfully catch a glimpse of the exotic creatures no one has ever seen but unfortunately for them, the Feds have strictly warned civilians and instructed them to refrain from planning any sort of raids in the future. 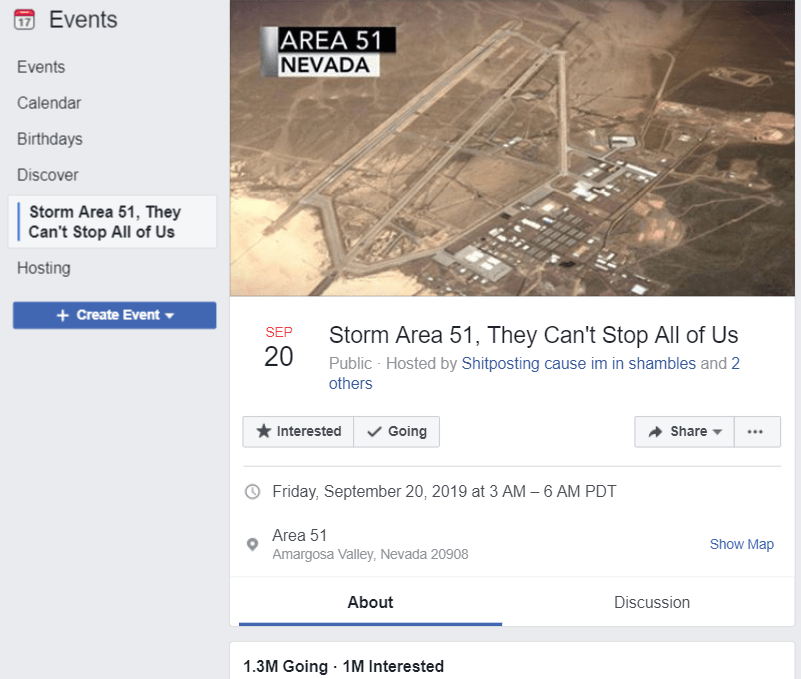 Twitter as always pouring in some of the most hilarious #Area51 memes and videos about ‘saving’ the aliens after the hypothetical successful raid.

Check out this hilarious video.

He’s training to free the aliens at Area 51… pic.twitter.com/5oz1Q5rUZ6

Laura McAndrews, on behalf of the Air Force, replied to this Facebook event firmly by saying, “Area 51 is an open training range for the U.S. Air Force, and we would discourage anyone from trying to come into the area where we train American armed forces. The U.S. Air Force always stands ready to protect America and its assets.” This was just to make certain of the fact that no civilian would further proceed with the raid.

Also Read: A PIA Pilot Allegedly Spotted A UFO During His Flight To Sukkur And The Details Are Spine-Chilling!

The event, however, is scheduled for September 20, 2019, from 3 A.M to 6 A.M and about 1.3 million civilians have marked their status as ‘going.’ Although a fair warning has been given by the Feds, the incredibly long history of Americans always being so utterly rebellious and going after things which they are particularly told to stay away from makes it extremely difficult to know whether they will stay put, as instructed, or go ahead and storm the area at the time of the event.

Are you a secret UFO enthusiast and stay up watching all the latest discoveries and conspiracy theories? Let us know in the comment section below!