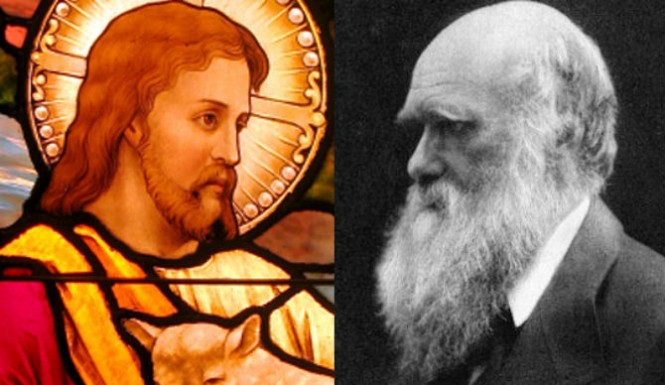 A new survey taken in America shows that a significant number of Americans do not believe in the theory of evolution and think that human activity is not in any way responsible for the change in climate.  79 percent of Americans are of an opinion that scientists are invaluable, a considerable number of people do not use science to inform their views on important concerns such as climate change.

The Pew Research Center in Washington D.C. research report sought to compare the opinions of general public in America with the opinions of the scientists at the American Association for the Advancement of Science.

According to the report, 97 percent of the scientists believe that humans are responsible for climate change, while only 50 percent of the adults in U.S. agree that humans may be responsible for global warming. Most of the participants remarked that there was not good enough evidence for global warming and that natural climate variability was causing climate changes.

Public and scientists also strongly disagreed about the safety of GM foods. 57 percent of the public believed that it was unsafe to eat GM food, while 88 percent of the scientists had no qualms about eating GM food.

“There is a disconnect between the way in which the public perceives the state of science and science’s position on a variety of issues. And that’s a cause of concern.”

There were some areas of research where the public and scientists were in agreement, unlike the GM, evolution and climate change issues. The standards of U.S. science education and the secondary school system were slammed by both the public and scientists. 68 percent of the general public surveyed considered U.S. science education average or below average, and 84 percent of scientists shared the same opinion.

The chief executive of the AAAS, Alan Leshner, believes that inadequate science education and other factors, such as religious beliefs, are responsible for the contrast in opinions.

“Sometimes it’s simply a lack of understanding, sometimes it’s an economic or a political issue, and sometimes it’s a conflict between, say, core religious belief, or core values, and what science is showing. It’s not about whether the public is dumb or not. It’s partly a function of the American educational system that does a terrible job… at educating young people in science, math and technology.”

Alan Leshner asked the scientists to encourage and strike up “respectful dialogues” with religious institutions and community groups saying that “the opinion gap must not be allowed to swell into an unbridgeable chasm.”

What do you think? In-spite of the evidence, is evolution really deniable? And are humans not responsible for the climate change in any possible way?

Also See: 26 Best of the Most Ridiculously Dumb Science Questions!

Also See: “Cancer Is The Most Peaceful Death, So Don’t Spend Billions On Its treatment”- Says a Renowned Doctor and Former Editor of BMJ

Six Black Politicians You Probably Didn’t Learn About In School
Ex-Cricketers Criticize Nasir Jamshed’s Inclusion In The Team!
To Top