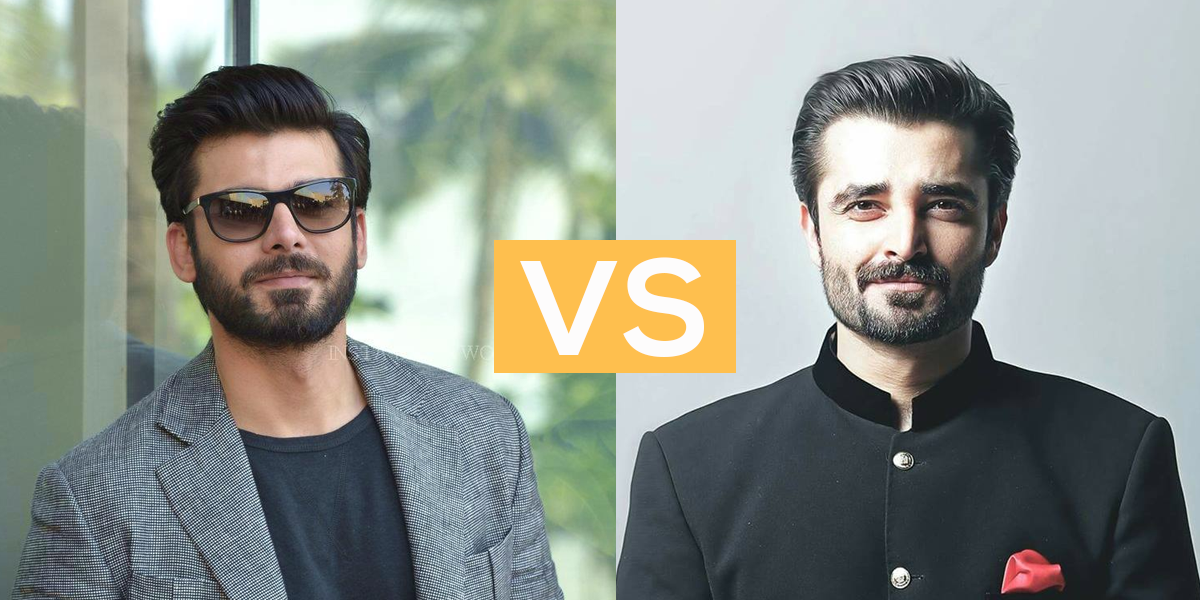 They say you can’t compare apples and oranges. But based on what you prefer, what you can do is judge them under certain criterion to find which of the two you find most favorable.

FOMO Daily: the channel which is famous for Americans reaction to Pakistani actors and actresses, released a recent video of their staff comparing Fawad Khan’s body of work with Hamza Ali Abbasi’s.

They were judged based on their Twitter accounts, Advertisements and Movie trailers they were a part of.

These were the three categories that were used to judge and score them on. Here are the results:

People loved that Hamza Ali Abbasi used his social media platform to propagate political education and voted for him in contrast to Fawad who used it purely for business.

Hamza’s McDonald’s advertisement caught them all by surprised and they enjoyed the decadence it showed. Fawad’s Aquafina advert was heavily criticized (he doesn’t write his own ads, jbtw :P)

Fawad’s loss drove some commentators over the edge

It could have gone either way and people would have complained. Both of the actors have garnered a large following on the social media that is very faithful. The general consensus not in favor of Fawad drove some of the viewers temporarily eccentric.

What started with a basic expression of difference of opinion

Turned into a crazy mess

This guy projected these results onto the election results of USA

While it just a video, please do not compare the two hotties of this nation to upset our people. Fawad Khan and Hamza Ali Abbasi are the pride of this country!

Should We Commemorate Ashura In the Sunni Or Shia Way?
The Selfless Keyboard Jihadis Driving People To “Sirat-e-Mustaqeem” Is What’s Wrong With The Internet!
To Top