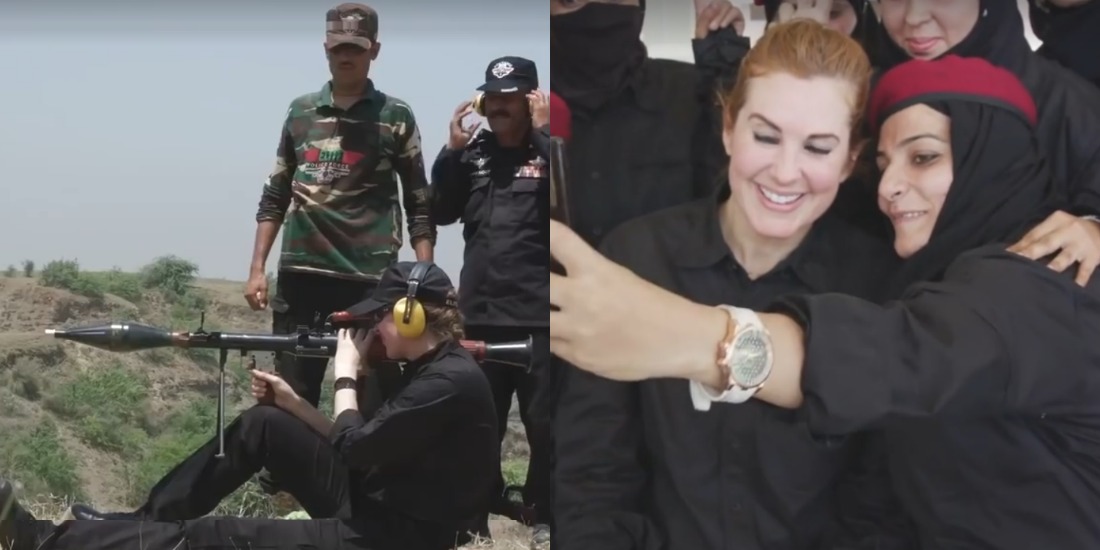 To the world, Pakistan might be a terror-ridden country where people cannot roam freely or enjoy the perks of life but to Pakistanis, this place is everything. Life as we know it, Pakistan was our land of birth, our home, and will be our deathbed. One American journalist got to experience everything that is right with our beautiful country.

Cynthia Dawn Ritchie, an American journalist who visited Pakistan, was extremely fond of her experience with Khyber Pakhtunkhwa’s Female Elite Force. She also stated that Pakistan and America had many things in common which we don’t usually notice.

She said, “While I was in Pakistan, I couldn’t pass up on the opportunity to train with female commandos of the Khyber Pakhtunkhwa Female Elite Force.” While referring to the Khyber Pakhtunkhwa’s female commandos, she said, “These women were absolutely amazing, among them was a Christian, then there was a single mother, and as the commandant explained to me, these women volunteered for this!”

She also stated that these women and their achievements need to be highlighted in the media because people all over the world saw Pakistan as a terrorism-breeding nest and did not know about its people and the sort of potential they had. People think women in Pakistan are undermined and are kept inside houses, while it is opposite in reality and the Khyber Pakhtunkhwa Female Elite Force proves that. 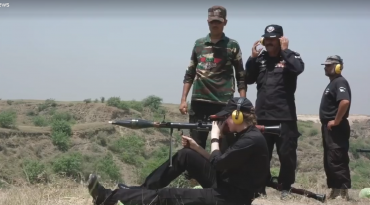 Also, the commandant accompanying Cynthia was our very own Alpha Bravo Charlie’s Captain Gulsher, which surely must have added to her amazing experience. The versatility inside the KP’s female elite force is something that every Pakistani should be proud of. There is no religious discrimination, no cultural bondage or difference in pay structure. These women are breaking all sorts of stereotypes and doing their country proud.

Cynthia, while speaking to Pakistani newspaper Express Tribune said, “I have seen challenges in education, health care, gender parity, to name a few. Yet, these challenges are additional things America and Pakistan have in common. Some of the challenges I initially witnessed still persist. Yet, I remain hopeful for the country, and inspired by the people who take the initiative and are practically working to improve their country.” 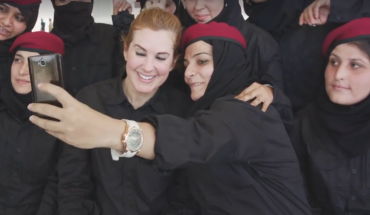 She further added: “My recent time with the Pakistan Coast Guard, Pakistan Army Rangers, female aeronautical engineers and fighter pilots of the Pakistan Air Force, and female commandos of the Elite Police in Khyber-Pakhtunkhwa has taken my respect to a new level.”

Cynthia’s experience is an eye opener for Pakistanis as well. When somebody who is not a part of this country can appreciate our women and their terrific work this much, who are we to not back and support them?

Forgetting Recent Scandals, Boxer Amir Khan Confirms Upcoming Fight With Manny Pacquiao!
5 Struggles Of Being A Desi Feminist In Our Society
To Top