Pakistani actor Hasan Khan created a lot frenzy yesterday when he announced that he would be playing the late Indian actor Sushant Singh Rajput for a web series project.

On Monday, Pakistani actor Khan made the claim that he would be playing the character of Sushant Singh Rajput in an upcoming series. Taking to his Instagram, he shared a picture of his face and Sushant’s side by side, comparing the features. He expressed his excitement for the project and termed it close to his heart.

Several news outlets reported on the matter and the actor also shared the news reports on his social media. But an official statement released by Amazon Prime has now claimed that no such project was commissioned and the platform was not hiring Khan.

Indian media seems to now reject the news and has reported that Amazon Prime has denied hiring the Pakistani actor for the role playing Sushant in a project.

In an official statement, the company wrote, “Amazon Prime Video has not commissioned or licensed any project on the late Sushant Singh Rajput with actor Hasan Khan or for that matter with anyone else.” 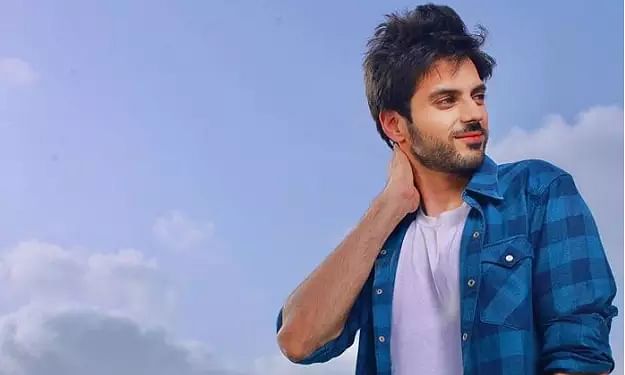 Another report made by Bollywood Hungama said a source close to Amazon unofficially said, “It’s all in the air right now. No idea why he (Hasan Khan) tweeted about playing Sushant Singh Rajput.”

Nonetheless, Khan has shared a BTS from the upcoming project. In addition to this, he now claims that it would be aired on an ‘Indian Web’. It is to be noted that the Yeh Zindagi Hai actor has replaced ‘Primevideoin’ with ‘Indian Web’ on his post.

More so, as Khan is a graduate of the National Academy of Performing Arts (NAPA), its official Facebook page also shared his original post. NAPA has deleted the tweet now. 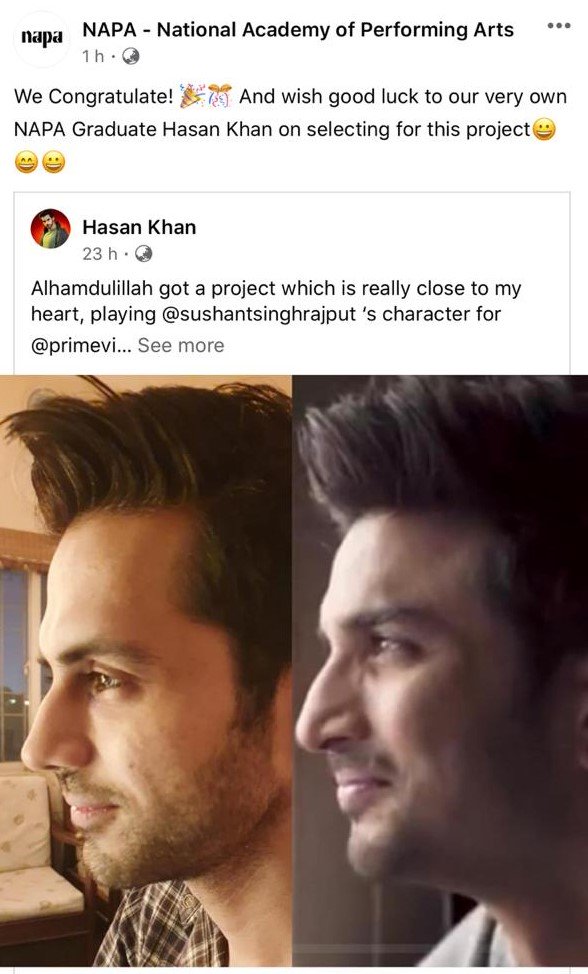 Speaking to a local media outlet, the Pakistani actor Hasan Khan revealed the movie has been shot already, it is based on Sushant. Moreover, it is expected to be released in a couple of weeks. According to Khan, it is a short film that has been directed by a Pakistani director, Mohammad Mussavir. It is produced by an Indian producer, Raj Gupta.

In addition to this, Hasan Khan also claims that the film was originally supposed to come out on Amazon Prime. However, this news received quite a lot of backlash from Sushant’s fans. It caused Amazon Prime to back out of the project. Nevertheless, the film is to be released on the producer’s own channel called ‘Imperfect Movies.’