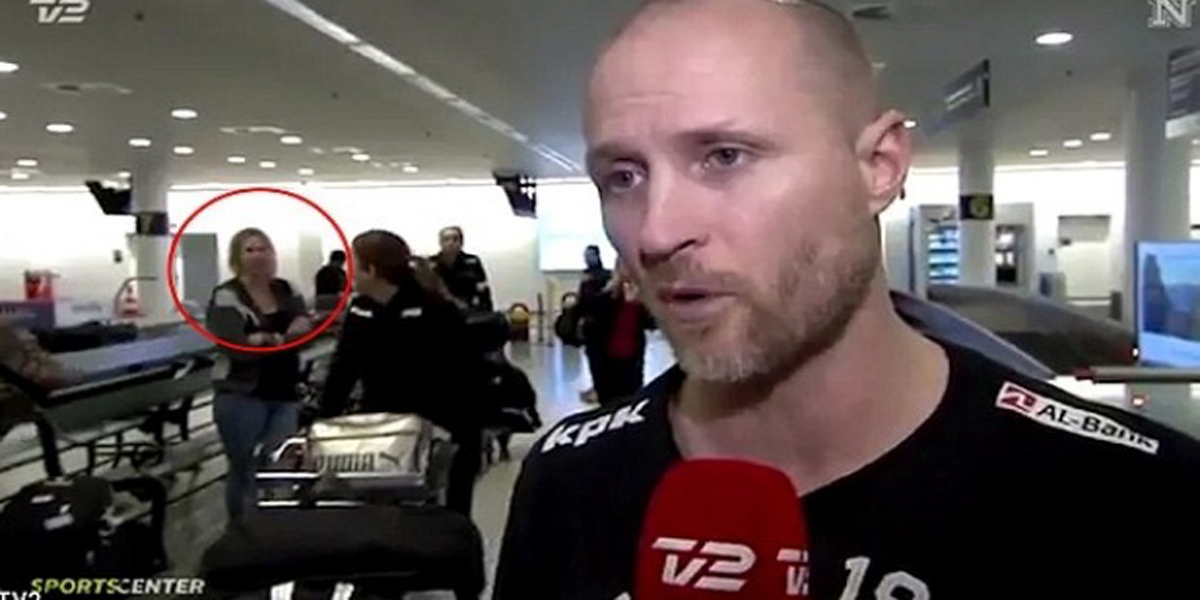 This video has gone viral instantly, questioning whether or not what they’re seeing is real! In the background of the video, a blond woman in the baggage claim area is seen talking to another woman taking her baggage forward, in an interview taking place that aired on Norwegian TV.

One second the woman is seen standing in the background: 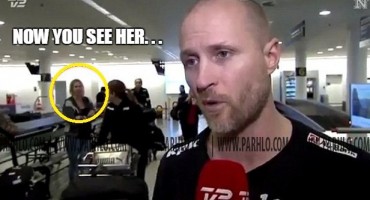 Aaand the next couple of seconds: 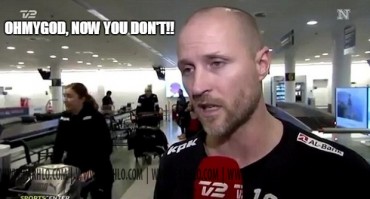 People, where did she go?!

People seem to be having their own theories about this little magic act.

This unfortunate soul who suffered the same thing:

Our official scientist sources tell us that there is a great possibility she could have turned right as the woman with the luggage walked in front, but the theory has yet to be confirmed.

Yes it is, daviddavid. Yes it is.

See if you can figure out this magician’s act with the video below!