King of comedy Amanullah Khan passed away in Lahore on Friday. Many condoled the loss of one of the greatest asset of the Pakistani entertainment industry. However, there are still few insensitive people who tried to create trouble in his journey to the final destination.

Reportedly, a Paragon Housing Society administration in Lahore refused to give land for the grave of veteran actor and comedian. After being informed, Punjab Information Minister Fayyaz ul Hasan Chohan reached the graveyard of the private housing society. 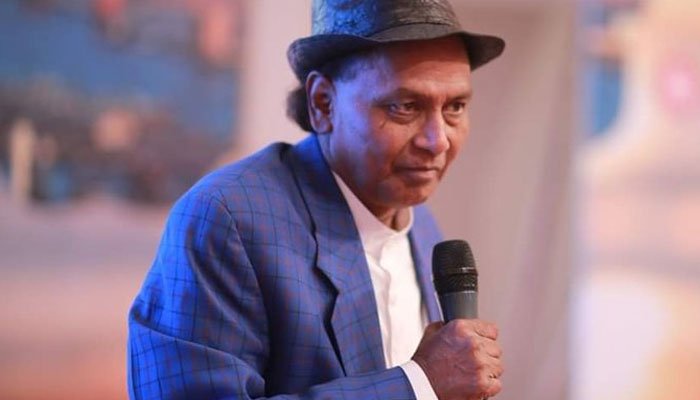 Moreover, the employees of society exchanged hot words with the provincial minister. They also said that they can’t allow a ‘mirasi’ [entertainer] to be buried in their society premises. They said they are answerable to Allah.

Later, after much argument, Chohan got the grave for the comedian which he prepared under his own supervision.

The video of the incident has gone viral

Moreover, the video of the incident is going viral on the internet and people are bashing society’s management. They are also questioning the shallow mindset of people.

In a week in where #MarviSarmad is called a fucking bitch on TV and the whole nation applauds the #KhalilUrRahmanQamar.. and #AmanUllah is refused burial because he was a “marasi”.. it pains me to think this is modern day Pakistan.. what is the solution to our self destruction!

He was not only a great artist.. he was a legend.a man with a big heart who gave opportunity to many artists to fulfill their dreams.nobody can fill ur place ever khan sahib.we will miss u.may ur soul Rest In Peace 🙏 #amanullahkhan #RIPAmanUllah https://t.co/YG6gC7uZpI

Many Pakistani celebrities also pay homage to Amanullah, for his contribution to the Pakistani entertainment industry.

Amanullah sahab was a legend and the undisputed king of comedy. May Allah grant him a place in jannat. May his soul rest in peace. pic.twitter.com/f3SNeP2OTT

Deeply saddened at the death of Amanullah, the King of Comedy. Not only did i watch his plays with friends when at Uni but later was kind enough to present a skit with Albela at my Mehndi. Had a memorable laugh which still resonates like it was only yesterday. Will be missed. RIP

Moreover, Amanullah was battling with multiple medical conditions such as lungs, kidneys and breathing problems and was on a ventilator. According to sources, Amanullah was admitted to the private hospital after his health was gravely deteriorated on March 3.

A versatile stage, TV and film actor had entertained at least three generations with his particular style of spontaneous comedy. His performances in various stage dramas and films had accumulated audience appreciation for his unique style.