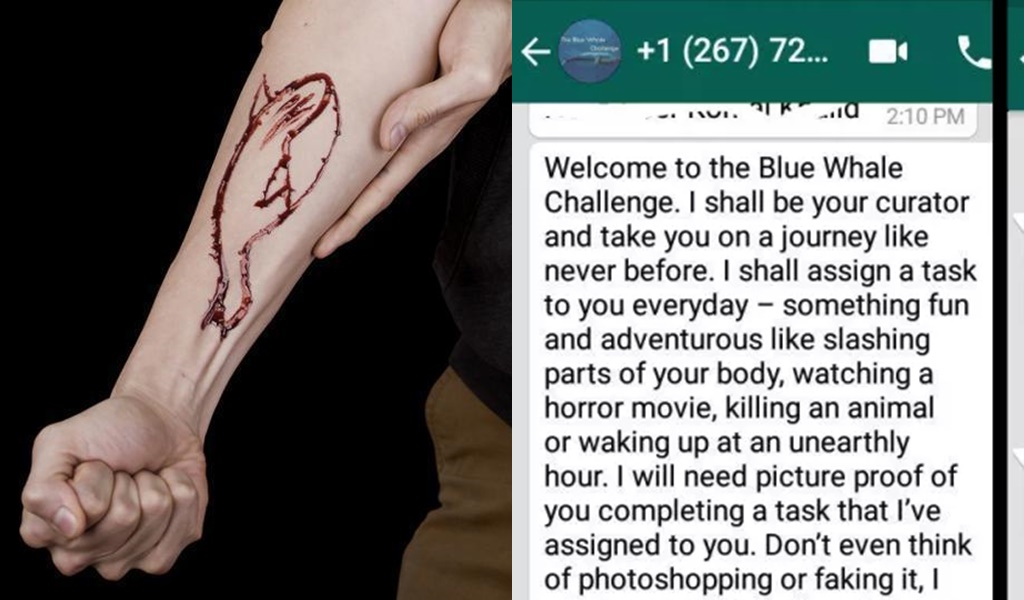 The curator of the Blue Whale Challenge game – the “mastermind” behind the suicide of many individuals who instead of seeking help put an end to their lives through this game, is now reaching out to people on his or her own.

The Blue Whale Game on the dark-web took the internet by storm due to the casualties it caused. The game also reached the borders of Pakistan as a few Pakistanis were found playing it. While they were instantly reported to their families and concerned authorities, the issue still lies as people, worldwide, continue playing it.

The Alleged Curator of the Blue Whale Challenge Game Haunts Pakistan Again as He/She Reached out to a Local Girl!

The conversation took place on the application WhatsApp where the alleged curator of Blue Whale invited a female Pakistani to join the game. 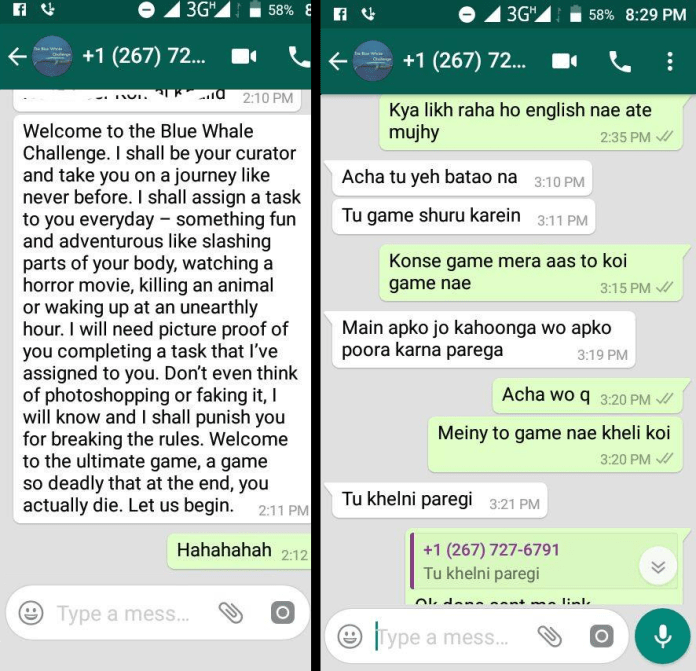 While it makes complete sense that someone is trying to mess around with others, this could lead to serious issues. Notice that it is an international number and the person communicating starts speaking in Roman English, which shows they belong to the sub-continent culture.

Given How this Happening to a Number of Women, the Women Protection Cell has Issued a Warning and a Help for Females 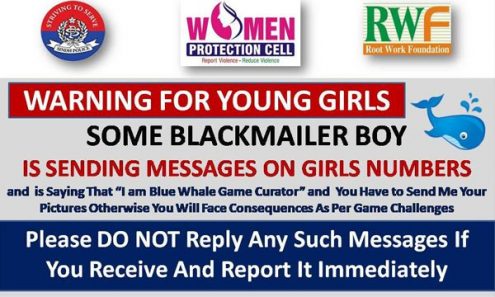 The Blue Whale Game starts with simple challenges such as pranking a friend, watching a horror movie and more. The 50-day challenge then gets intensified where the users are given challenges that are beyond the level of sanity. The real curators get into the device by hacking it and copy the IP address of the individual.

The final step of the game, as a challenge, is to end your life.