Pakistan is in a lockdown for the past three weeks due to the lethal coronavirus pandemic. Several remedies, reasons, and debates on social media are going on related to COVID-19. Famous scholar Zameer Akhtar Naqvi has also joined the race once again. In a new video, the religious scholar is talking about a link between Alexandar the Great and coronavirus.

TIL : Alexander reached Sindh and was instrumental in the naming of Malir pic.twitter.com/zPxnsa1Ys9

In the video, he said, “Coronavirus is directly linked with Alexandar the great. When Alexander reached the province of Sindh in Pakistan, he was bitten by a mosquito in Malir and this is why the are area is named is called Malir.” 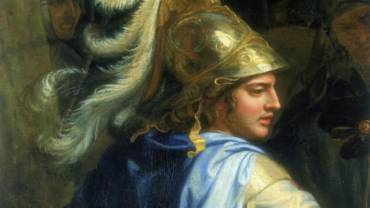 Well, yes, you heard it right, Allama Naqvi has linked coronavirus with malaria too and that Alexandar the Great is the source of coronavirus in the region.

Allama Naqvi’s new revelations must be fun for the people of Malir as the government extends lockdown till April 30.

It is not the first time the scholar is making such statements. In the past, he once said people in Nepal die and get back to life. He once also said that he has the cure of the coronavirus but, he won’t tell the nation which takes everything as a joke.

Laddan jafferi has come up with a vaccine of Corona, but won’t tell to anyone because you are gonna make fun of it. Legend Laddan pic.twitter.com/cosPZavDdp

who the f..k follows him yaar ? what he is saying? is he real ? i really dont have any expression for him, my jaws are like …….

The saga of ‘Laddan Jaffri’

Allama Naqvi was several times a blatant target of memes on social media. Earlier he narrated the story of a man named Laddan Jaffri and claimed that he died in Karbala while fleeing kites. Later on, he went back to life when a miracle happened at the shrine. It is pertinent to mention here that miracles do happen and are part of Islam. However, the way Allam Naqvi narrated the story became popular on social media for all the wrong reasons.

The grandson of Laddan Jafri reacted to Allama Naqvi’s narration and said in a statement, “I’m the grandson of Ghulam-e-Abbas Jafri aka Laddan Jafri. I just can’t take how everyone is disrespecting my late grandfather. He was a war veteran, served in the army in World War 2 and Indo-Pak war. Before him, my great grandmother lost many children, all of them died before the age of five. When my grandfather was born she decided to visit Karbala in 1923 for the sake of the long life of his son.”

“But over there he died after falling from a terrace onto a water tap. His teeth broke and he choked on them, or something happened like this and he was pronounced dead. His mother was in a state of shock and was crying. So the men there decided to keep the doors of the shrine of Hazrat Abbas (A.S) open for the night and she can stay there. That night my grandfather woke up, you may call it a miracle,” he said.

But, he continued and said, “The way Allama Naqvi told the story is beyond me. He narrated it in such a way that people ended up making fun of him.” 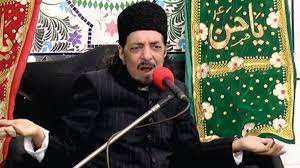