Allama Iqbal’s Grandson has a Message that has Left Pakistanis in a Fit of Laughter! 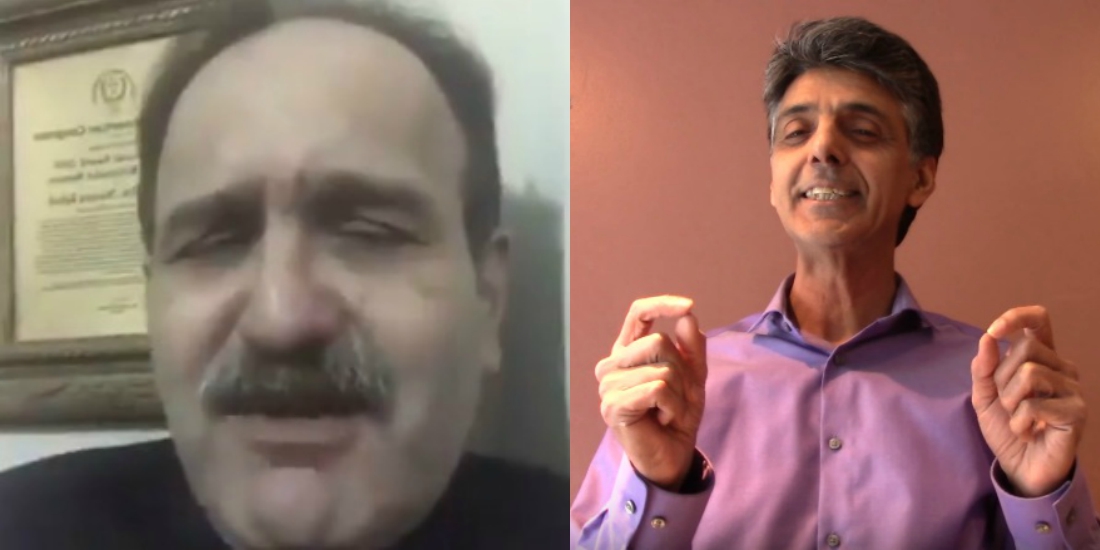 Internet, as we all know, is filled with videos that are either fake or else photoshopped. But despite knowing all these facts, the audience still fall for the catchy titles that make them immediately click on the video to quench their thirst for getting that gossip. In the past also, some videos circulated the internet long enough for anyone to have firmly believed on that news. However, even after having such high-tech technology, our innocent brains still consider all the forgery to be true. This time, we all fell for yet another fake title that claimed to be the voice of Allama Iqbal although it was of Jamal Nasir.

In this confusion where many were misled, the son of Javed Iqbal uploaded a video clearing up this fake news. While describing how people have been bugging him, Mr. Muneeb Iqbal also explained that people should get their facts rights before they believe in any such thing. Although having the Iqbal genes in him, he kept on throwing funny statements that made many crack up like, “yeh meri ammi hain aur yeh mujh say choti lagtien hain”. After this cute precise introduction, Mrs. Javed Iqbal also confirmed that the video was not of Allama Iqbal as he never had any such video of that sort.

GET YOUR FACTS RIGHT PEOPLE

Allama Iqbal’s grandson weighs in on the supposed audio recording of his circulating on the net ??? (FWIW, I imagine Allama used to talk exactly like this) pic.twitter.com/WJiqMQwByk

ANOTHER DEBATE YET TO START

Btw, those who think Allama Iqbal could never have sounded like this, please show me the evidence you have – aside from your own PTV-inspired presuppositions.

HIS MOTHERS WOULDN’T HAVE BEEN AS UPSET AS YOU

What's with people and their stupidly judgemental tone? Absolutely nothing shameful about this. He and his mother obv have a better relationship than people can imagine. At least this one had the decency to delete her tweet. pic.twitter.com/yq5HTEnkYI

After all such incidents, it’s time that the people understand how important it is to check the fact mentioned in the picture/video that any of you is sharing. Hope no such event occurs again that requires a whole lot of clarification from not only the organization but also from the families of the respective person.

These Boys from LUMS Casually Joking About Harassment is Making People Furious for All the Right Reasons!
These Pakistani Celebrities are Clapping their Hands for a Great Cause and it is Simply an Eye-Opener!
To Top