The majestic glory of Lucknow has always fascinated people all over the world. Rulers have given distinct image to the city and meticulously dressed Lucknow with religious and secular edifices of incomparable excellence, which indeed is unique.

One can observe the richness and beauty of the diversity of the Indian Culture at all festivals and more so on the occasion of Muharram in Lucknow. Since the martyrdom of Imam Hussain, Muharram ceremonies are observed all over the world primarily by Shia Muslims.

Hindus too take part in them with great reverence and devotion in the city of Lucknow. The tragedy of Karbala has become the indication for interfaith understanding in the Indian sub-continent.

Participation of Hindus in the mourning rituals of Imam Hussain(a.s) has been a feature of Hinduism for centuries in large parts of India. Hindus, Sikhs, Jains and Christians observe Muharram. In the city of Nawabs many non-Muslim families participate in Muharram processions till date. 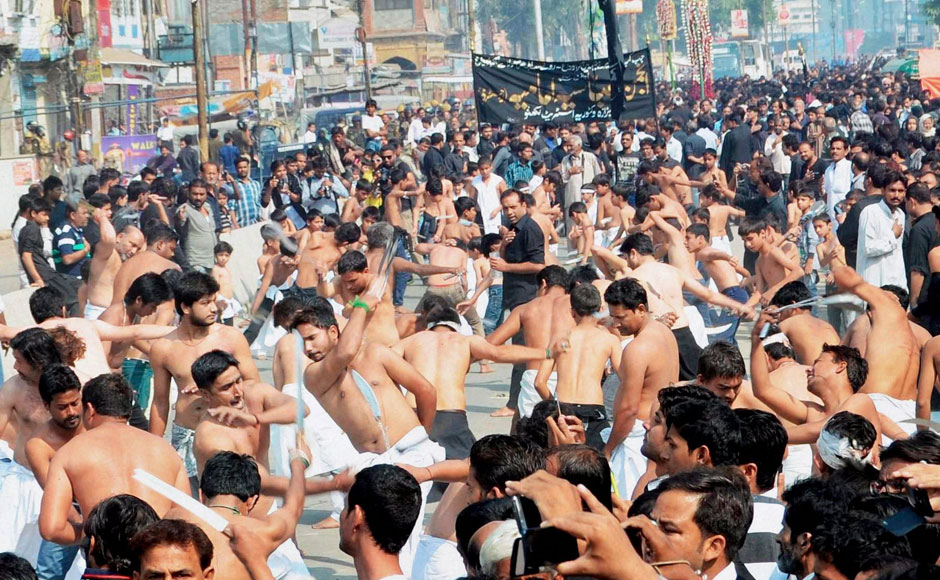 Moharram is the first month of Islamic calendar met to commemorate the sacrifice of Imam Husain (a.s) by grief and sorrow and show the world how good doers get eternity and bad doers get hatred.

Actually this is a movement against the evil forces of entire world including terrorism and this is not a festival of Muslims in fact this is a festival of Humanity and sacrifice.

The month of Muharram is of great religious significance to Islamic people the world over. The word “Muharram” is often considered synonymous with “Ashura”, the tenth day of the Muharram month.

They commemorate the martyrdom of Imam Hussain(a.s) as a religious sorrowful occasion called “Muharram” As Muharram approaches, Specially shia muslims put on black clothes, as black is regarded as a color of mourning.

Here in Lucknow commemoration of Moharram begins with 1st of Moharram and continues for the period of 2 months 8 days. During the entire period of Moharram , they keep themselves away from music and all joyous events that can distract them in any way from the sorrowful remembrance of that day.

During each of the days of Muharram, “Majalis” (assemblies) are held where Shia/sunni/other religion’s orators vividly depict the incident of the martyrdom of Hazrat Imam Hussain and his associates. Shia Muslims fast until the evening. on “Ashura”, devoted Muslims assemble and go out in large processions..

Drinking posts (Sabeels) are also set up by all communities where water and juices are served to all, free of charge, because Imam Husain(a.s), his associates and his six month son Ali Asghar (a.s) was killed thirsty.

The best method to teach the generations about the difference in good and bad is to commemorate the sacrifice of Imam Husain (Moharram) which shows the entire world that how doers of good get the eternity and evil forces experience hatred.

History Of Azaadari In Lucknow 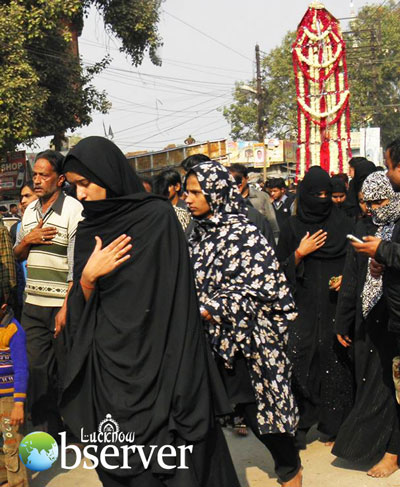 Across the whole nation, Lucknow is the only city which has highest numbers of Imambarghas, Dargah which are still playing a vital and prominent role in the commemoration of Azadari (Moharram: A symbol of victory of humanity and religion over evil forces).

The processions of Moharram in Lucknow have a special significance. They were started during the reign of the Awadh Nawabs. The Majalises, processions and other rituals that are observed by the different communities to commemorate the sacrifice of Hussain are known as Azadari.

As far as Lucknow is concerned, the city of Nawabs the entire population of Lucknow is kind heart, believed in humanity and peace that’s why every person of all walks of life and religion, caste and creed perform Moharram, that’s why Moharram of Lucknow is so famous in the entire world.

A Hindu poet had once wrote:

A story goes that once during the reign of Nawab Wajid-Ali-Shah, Ashura the 10th day of Muharram happened to fall on the same day as the Hindu festival of Holi that is full of celebrations and happiness.

So when the King got up in the morning and realized that the people were not on the roads playing colors as they would usually do, so he inquired from his secretary and came to know that in solidarity of their Muslim King the subjects have decided not to play Holi as it is the mourning day.

The king was so touched that he decided to throw the first color and let his Hindu subjects celebrate the festival, the Hindus played color till 10 in the morning and then joined the King in the mourning and other Muharram rituals.

One can notice the same spirit of love, respect and sadness for Imam Hussain in Lucknow. Lucknow also boasts of several Hindu ‘imambarghas’ (mausoleums). One such is the ‘Kishnu Khalifa ka Imambara’ in the old city area.

The Imambargha, established in 1880, is famous for its Hindu ‘azadars’ (devotees) who observe Muharram with all the religiosity of the Muslims. In Lucknow prominent Hindu noblemen like Raja Tikait Rai and Raja Bilas Rai built Imambaras, Tikait Rai also built a tank( Talab) near Haiderganj so that people should not suffer thirst like Imam Husain who was martyred without water and food at Karbala in 680 AD.

Natthu Lal was a contractor during the regime of Ghazi Uddin Haider. He had erected Rauza Jannat-Ul-Baqi and an Imambara near Talkatora area. Another Hindu courtier to erect a grand Imambara was Maharaja Mewa Ram. He was Deewan of King Naseer Uddin Haider and used to spend almost three lakhs every year during Muharram. 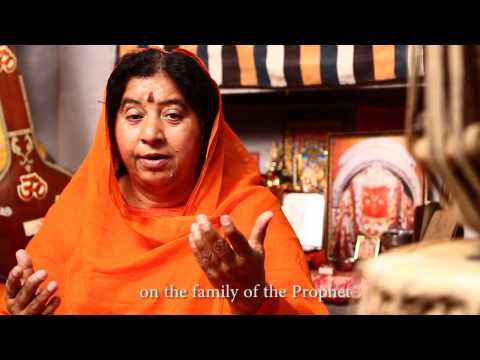 When it has been reported to King Chandrgupta that Imam Husain (a.s) has been surrounded by the evil forces of Yazeed at Iraq comprising 10 lacs soldiers, then he sent his men to help him and take him to India, but unfortunately they reached there late and this tragedy occurred.

These were the Indians only who came forward to save the man (Imam Husain) who saved Islam by sacrificing himself with his family.

The people who have been sent to save Imam Husain(a.s) were called as “HUSAINI BRAHMINS”. They came back India and informed all Indians that what exactly happened there in Karbala with lonely innocent & Imam Husain (a.s) by commemorating this sacrifice by sorrow and grief. Still people from different religions commemorate Imam Husain sacrifice in Moharram and “HUSAINI BRAHMINS: are renowned especially across the globe for this.

Muharram is a unique occasion in the socio-cultural fabric of Indian history which presents an unparalleled example of Hindu-Muslim unity and communal harmony.

And for all Lucknowities it’s a matter of pride, that we are part of this legacy of etiquettes and Azadari and being instrumental in maintaining that culture of respect and harmony in this city of Nawab’s called as Lucknow.

And it’s our responsibility to rekindle, maintain and preserve our unique, ideal and exemplary culture which makes us different from the world and gives an edge across the world.

This German Couple Visited Gilgit-Balistan And Their Trip Will Make You Want To Go There!
The Story Of A Man Balancing His Marriage Life And Parents Shows How Hard It Can Get
To Top