Ali Zafar’s Performance In PSL During Maghrib Prayers Is Making Everyone Furious! 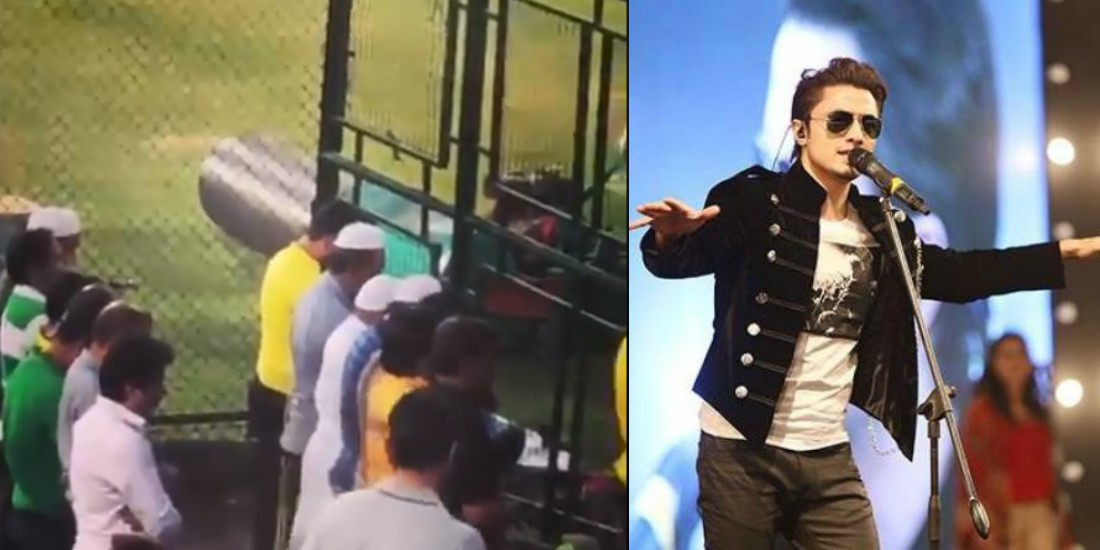 PSL (Pakistan Super League) 2018 had a greater uproar this year than before. PCB itself did not have to do any sort of advertisement of marketing. People are already crazy enough about cricket that they had their heart out to welcome all the international players. In reciprocation, all the players loved the audience in the stadium. The random videos that Daren Sammy shared while teasing Wahab Riaz went crazily viral.

Not to mention that PSL did indeed give a lot of memes to the internet fraternity. Remember Fawad Rana? How can we forget him?! The jolliest person in the entire PSL. Everyone supported and appreciated his optimism and even the ones who did not support Lahore Qalanders, loved Fawad Rana. The final of PSL was between Peshawar Zalmi and Islamabad United and was held in KARACHI! Karachi got to host an international cricket match after 8 to 9 years and it was a massive and collective happiness for all the Karachiites.

However, something very unusual and weird happened during the PSL final. A video went viral on the internet where some people were offering their Maghrib prayers while Ali Zafar was performing for the opening ceremony. The performance did not stop for the prayers and people had to offer namaz amidst the loud music. Not many people were happy with the act and asked the management to look into this matter.

Here’s the video someone made during PSL match. This is really sad

Viral clip from yesterday's PSL Final in Karachi, some offering Maghrib prayers while most of the crowd busy with ongoing performance of Ali Zafar.What's your take on this?

This is how the last minute of PSL went #Pakistan #PSL

Islamabad United won and the team’s excitement was above the sky!

Here’s how people reacted to the Namaz act!

That’s one of the things to happen! Maybe it’s too crowded to leave the stadium?!

People who are offering prayers aren’t complaining but other causing the trouble should notice. No?


Knowing the fact that we live in the Islamic Republic of Pakistan, it is (if not so important) but of some matter that things like prayer and people’s sentiments should be considered while organizing such a big event. Some people mentioned in the comments of the video that management did make a proper namaz area but is that it? Won’t music bother them there? Let us know your stance in the comments below, we’d love to listen to you.