Ali Zafar's Weird and Misogynistic Tweets from the Past Are Now Raising Many Eyebrows!

Ali Zafar, one of the biggest names in the entertainment industry of Pakistan is accused of serious sexual harassment by Meesha Shafi. Meesha took to Twitter and blasted Ali Zafar, sharing her account of when Ali allegedly harass her. Her tweets appeared yesterday and ever since, the whole case has become the talk of the town.

Meesha Shafi resorted to Twitter and shared when Ali Zafar allegedly harassed her:

Her tweets and her ideas are the reflections of what she thinks about equality for women and how she has always shown her support for her gender. She has always stood for the harassment incidents and has spoken for the victim, and today she spoke for herself.

The internet literally exploded in Pakistan after Meesha Shafi claimed of sexual harassment against her by Ali. Since then, people of all ages had come forward and supported her cause, before Ali Zafar came out with his official reply.

Ali Zafar was quick to react; he denies all accusations and wants to take legal action

Both, Meesha Shafi and Ali Zafar are huge names in the Pakistani music and film industry. They have not only shined in the local industry but have also made their names in international industries; Meesha working in the Reluctant Fundamentalist and Ali Zafar working in various Indian films.

Now people are bringing up Ali Zafar’s old tweets and oh boy, they speak of so much misogyny! 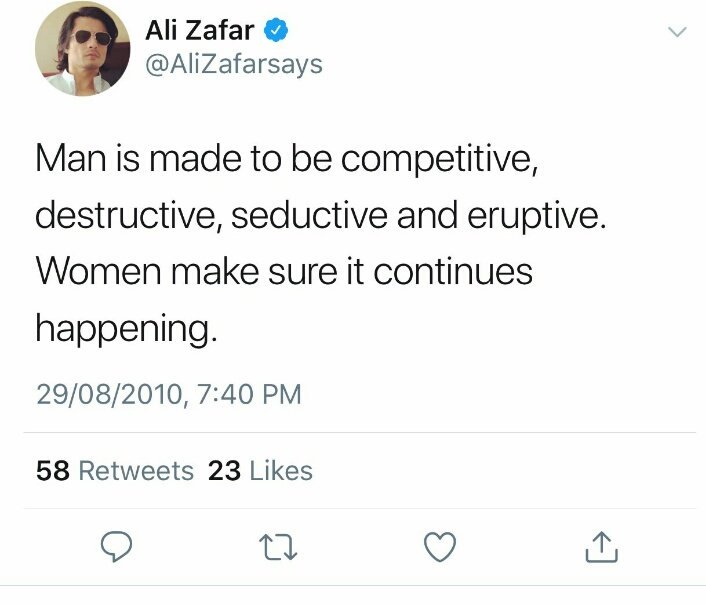 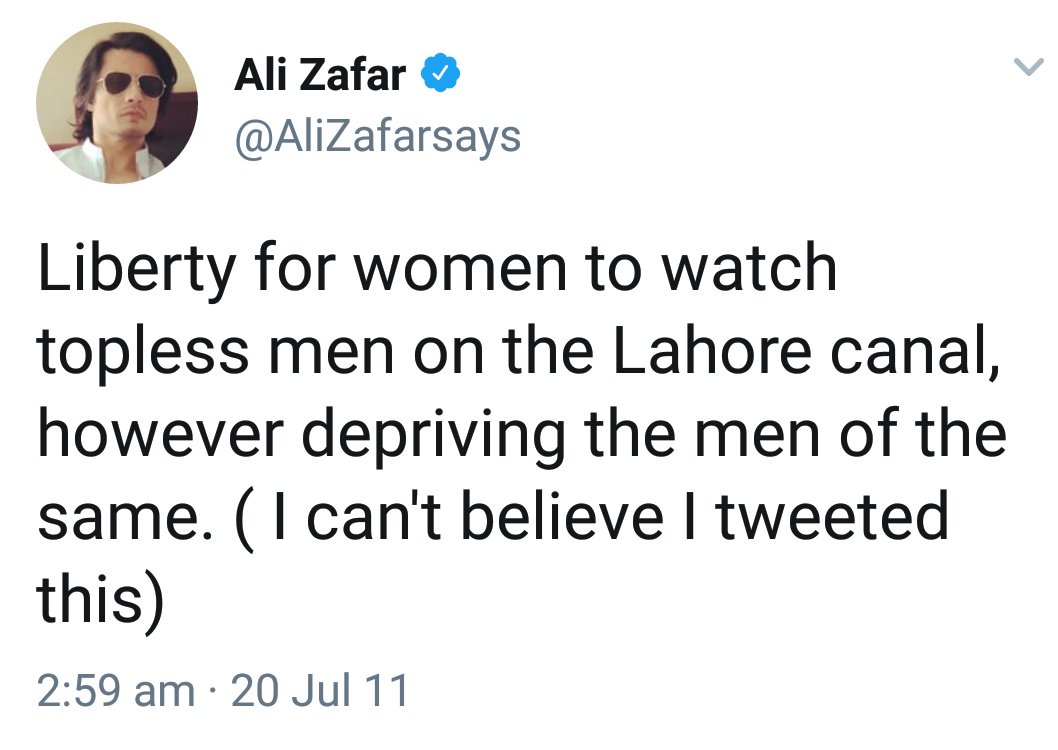 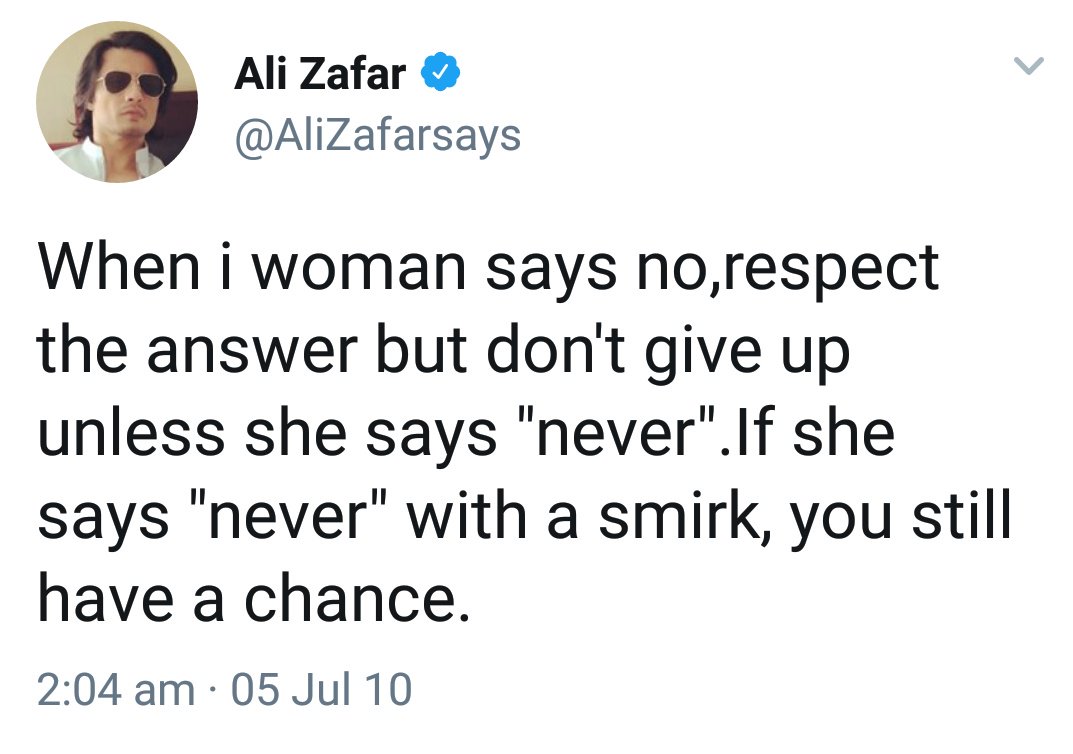 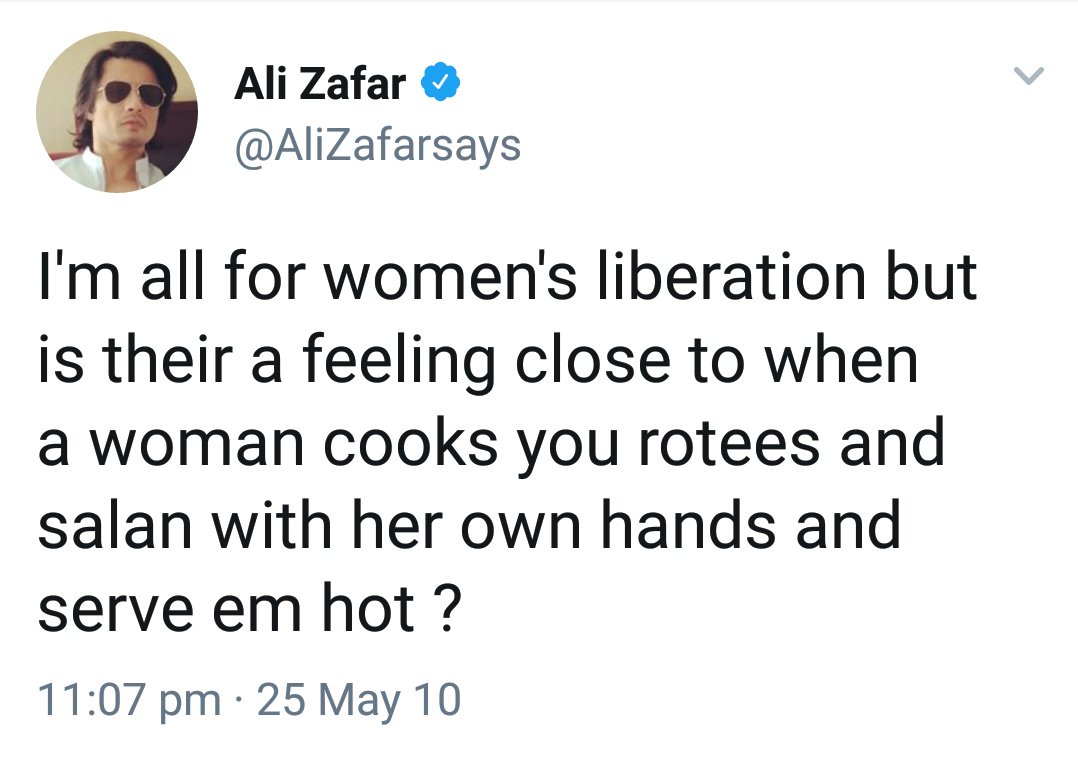 It’s absolutely appalling to witness Ali Zafar’s old tweets. We understand that they are old but in the light of recent events, it does raise many eyebrows and urge us to suspect a thing or two.

Ali Zafar’s case is spread all over the news. It has struck a shocking wave among people and these old tweets call for a major round of judgment.

Here’s What Ali Zafar Had To Say About Meesha Shafi’s Claims Of Sexual Harassment!
LUX Style Awards 2018 Will Air This Weekend – Here Are 5 Reasons To Get Excited about It
To Top