The wait is finally over, as Ali Zafar posts the poster of his new song. We all are very excited because of all the fuzz on social media, will the song be up to our expectations?

The most celebrated rock-star of Pakistan, Ali Zafar is frequently seen in the limelight. The singer sure knows how to put up a show, and especially how to get his fans pumped up.

Fans are anticipating the success of the new song – Mela Loot Liya, and meme-lords are already ready with their memes to bash Ali down if something goes wrong.

Nonetheless, it is rumored that the Pakistan Cricket Board (PCB) has decided to ban all songs by Ali Zafar in PSL. Rahim Pardesi, an entertainer also uploaded a picture saying that the song will be released on Sunday.

Regardless of the criticism, Ali has always kept his head up high and fought all difficulties that come his way.

However, the song is nearly ready. With entire Pakistan taking an active part in the music video by sending their dance clips on a specific ‘bhangra’ beat provided by Ali Zafar.

We, as fans just want this song to be as heartfelt as it can be. Already disappointed by the opening ceremony, it seems like PSL has lost its hype.

The controversy started with Azmat bashing Ali in an interview and Ali Zafar replying in a very delicate, sarcastic way. Which resulted in memes and jokes being circulated on the internet.

And, the rivalry was out for all to witness. Nonetheless, Ali was very respectful in all videos he posted and that’s how he started the trend of “Bhaee Hazir Hai!” 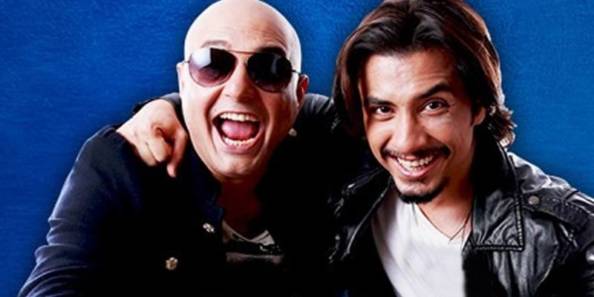 Soon, Ali posted another video asking entire Pakistan to participate in the music video of his single by sending in a specific dance style. Since then, all of us have been waiting to groove to the beat, together.

Furthermore, in an interview with a local news channel, Zafar said that all respect is to the Almighty and their fans, his fans make him what he is and it is understandable if some of their projects don’t work out.

However, fans like me have not given up on cricket and I don’t think so we ever well. All we can do is hope for the best and wish everything ends up in Pakistan’s favor.

Are you excited for Ali Zafar’s upcoming song? Tell us in the comments section below!

Pakistan Will Always Be Home To Me, Says Asia Bibi!
Samsung Pakistan Kicked Off An Awesome Launch Event For Its Galaxy A & Galaxy Lite Series!
To Top