Here's What Ali Zafar Had To Say About Meesha Shafi's Claims Of Sexual Harassment!

The year 2018 has been dubbed as the ‘year of women’ in Pakistan and the country continues to see proof of exactly that. After dozens of girls had spoken out against sexual harassment, approaches without consent and physical advances, one of the biggest pop-stars of the country has followed suit.

Yes, we’re talking about Meesha Shafi’s allegations of sexual harassment against the heartthrob of the nation, her colleague from the industry, Ali Zafar. The internet literally exploded in Pakistan after Meesha Shafi claimed of sexual harassment against her by Ali. Since then, people of all ages had come forward and supported her cause, before Ali Zafar came out with his official reply. 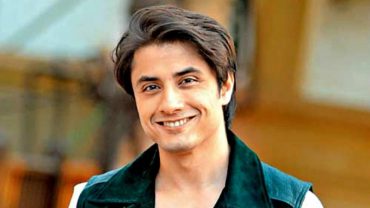 Just as Meesha, Ali Zafar too resorted to Twitter to release his official statement on the allegations laid down against him. This is what he had to say:

“I am deeply aware and in support of the global #MeToo movement and what it stands for. I am the father of a young girl and a young boy, a husband to a wife and a son to a mother. I am a man that has stood up for myself, my family, my colleagues and friends countless times in the face of slander, defamation and general unkindness. I will do the same today. I have nothing to hide. Silence is absolutely not an option.

I categorically deny any and all claims of harassment lodged against me by Ms. Shafi. I intend to take this through the courts of law and to address this professionally and seriously rather than to lodge any allegations here, contesting personal vendettas on social media and in turn disrespecting the movement, my family, the industry and my fans. Ultimately, I am strong believer that the truth, always prevails.”

Just before Ali Zafar’s reply, people had started to side with Meesha Shafi and her statement. But as soon as Ali replied, the fans remained divided. Meesha Shafi had alleged that Ali Zafar even made physical advances against her, which did not involve any consent whatsoever. This is what she had said: 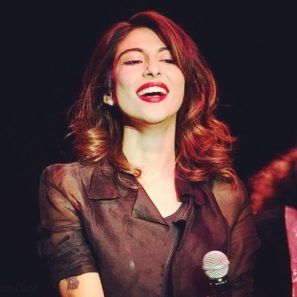 “Today, I speak up because my conscience does not allow me to be silent anymore,” said Meesha in her statement. “If this can happen to someone like me, an established artist, then it can happen to any young woman hoping to break into the industry and that concerns me gravely. I have been subjected, on more than one occasion, to sexual harassment of a physical nature at the hands of a colleague from my industry: Ali Zafar.

These incidences did not happen when I was young, or just entering the industry. This happened to me despite the fact that I am an empowered, accomplished woman who is known for speaking her mind! This happened to me as a mother of two children.” Her complete statement is posted below.

However, the fans on both ends, remain distort and saddened by the situation. While some are happy that a strong woman like Meesha Shafi opened up about the harassment against her, many think that she should have brought forward valid proof if she was to make such a huge statement.