Singer Ali Zafar mentions that he has nothing against the MeToo movement but it seems that Meesha Shafi used it for her own benefits. Or in his own words “misused” the movement. In addition, he claims that many of the girls who talked about their stories after Meesha released her statement against Zafar aren’t innocent. It is a whole set up, according to him.

Ali Zafar Provides Evidence That Everything Is Linked With Nighat Dad:

Zafar announces regarding the allegations and thinks that the other women are “interlinked” as well. Moreover, the one person connecting all of this is Nighat Dad. He says that it seems like she was working with Shafi to set him up. The evidence that Zafar suggests is through the Shaukat Khanan Fund-Raiser incident. 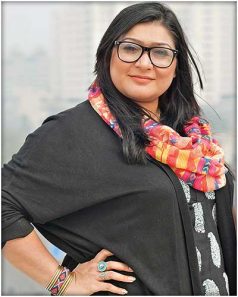 When a girl accused Zafar of harassing her cousin. However, it was proven false by The Official Representative of Shaukat Khanum who said that the girl was by her side and no such thing occurred as there wasn’t a backstage. In the end, the girl deleted her Tweet. If this happened then it has a serious effect on MeToo in Pakistan because Pakistani women coming forwards with their incidents will not be taken seriously!

What Zafar addresses through this incident is that the girl had connections with Nighat Dad. He seems too unforgiving for the people that are pushing accusations against him. However, this is evidence provided by him. Whether you wish to believe in it or not depends. The case has gotten quite messy with celebrities leaving award shows because Zafar was nominated or Shafi receiving threats and hate.

Then, throughout the process of providing evidence, he brings in several other cases that confirm Nighat Dad is really the puppet-master behind the show. Not to mention, if this really is the case then it truly hurts the MeToo movement that stands for an important cause. 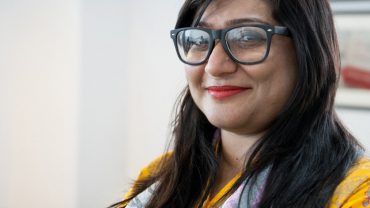 One incident he mentions is regarding a girl on twitter with the username Fay_Alif who accused Zafar of harassing more than five girls at an A-levels institute he studied in. But Zafar was quick to debunk the whole thing when he said he never took A-levels. And again, this girl is in contact with Nighat Dad.

Maham Javed accused him of harassing her cousin and she works at the Nighat Dad Foundation for years. Moreover, the last such case he addresses is of Rameena, a woman on Facebook, who said that a woman called her to accuse Zafar and she continuously begged Rameena to do so. Apparently, she saw Rameena in a picture with Zafar.

People are conflicted with who to believe in as dismissing a woman’s sexual assault incident is a low-level thing to do. However, some believe room for the other person to justify himself. And considering that Zafar possesses an immense platform and fame, he would like to clear himself. In the end, he says that all such accounts will be reported to the FIA so that they pursue the investigation on what is the truth.

It does seem like that we might see the end of the Meesha Shafi and Ali Zafar case that has been going on for far too long now.

What do you think of the situation? Is Ali Zafar’s evidence enough or just some simple claims? Share your thoughts!

Old Man Who Was Beaten By Sons For Going To Hajj Gets Instant Justice As Police Arrests His Barbaric Sons!
Maryam Nawaz Was Still Using A Govt. Bullet Proof Mercedes And PM Imran Khan Snatched It Back As He Promised!
To Top