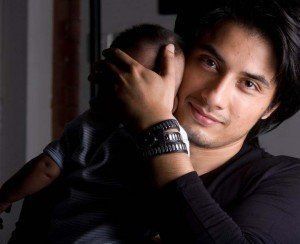 Pakistani singer and actor Ali Zafar has become a father again. He and his wife Ayesha Fazli welcomed a baby girl in Lahore on Monday morning. The couple got married in 2009 and also has a four year old boy named Azaan, together.

Talking to the media, Ali Zafar’s representative said: “Yeah he has become a father to a baby girl this morning. Second child.” In 2010 Ali Zafar made his debut in Bollywood with his movie ‘Tere Bin Laden’ and then went on doing movies like ‘Mere Brother Ki Dulhan’, ‘Chashme Baddoor’. He was recently seen in ‘Kill Dil‘ that also starred Ranveer Singh, Parineeti Chopra, and Govinda.

Ali Zafar has done a number of commercials in Pakistan and has also acted in TV serials such as Kanch Ke Par, Lunda Bazar and sitcom ‘Kollege Jeans’. Earlier this month, Ali Zafar paid his tribute to the Peshawar attack victims with his new single ‘Urein Ge’.

Moin Khan Asked To Explain Casino Visit Ahead Of WI Match [Video]
The Most Unforgettable Act Caught on Camera!
To Top