Actor Ali Rehman’s video has caused a massive split of opinion on social media. The video has spread like wildfire as it shows Ali Rehman furiously shouting at a McDonald’s employee, according to sources. The internet is utterly confused and shocked at the same time. Since they wouldn’t expect a renown actor to behave so poorly and that too in public.

However, it is to note that during the video he says ‘Do you know who I am?‘; which is quite a famous phrase used by entitled individuals in Pakistan. So for a split second one might think it is a planned act and has a message to convey? This is the same confusion Pakistanis are currently in.

#AliRehmanLeakedVideo trends at the top spot on Pakistani Twitter.

There is so much that jogs in mind after watching this video. First, the utter denial that Ali Rehman would treat someone so disrespectfully, even hypothetically he was offended. Second, in order to bring certain awareness, these stunts are pulled off, later revealing the good-cause. Lastly, the lingering possibility of this incident to be exactly as it seems.

Nonetheless, everyone deserves the benefit of the doubt and so does this ‘Heer Man Ja’ actor. We are living in times where just a snippet of a bigger situation is spread across online platforms and people are quick to believe it. This propaganda is used on the political level brainwashing the consumers to believe the truth they want others to believe. However, whatever was the situation with Ali Rehman, social media was quick to serve its verdict. Just like when his pictures with Sanam Baloch were released on social media. 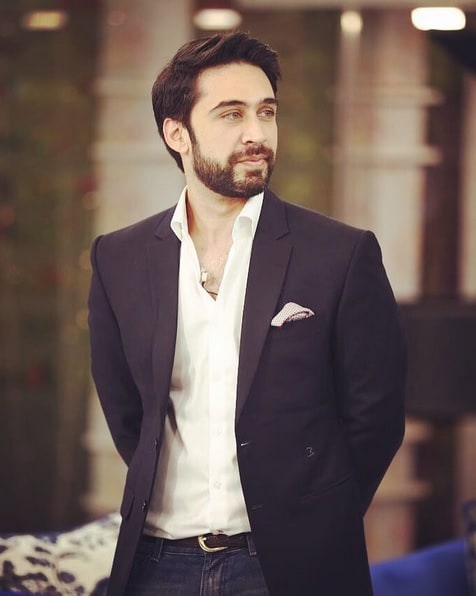 Many believed Ali to be behaving like an entitled arrogant actor, yelling at the employee with lines like, “Do you know who I am?” and “Have you ever seen me on TV?” and constantly asking, “Is this how you speak to your customers?”

To which the McDonald’s employee requests him to not be upset, repeatedly. Yikes! By the looks of the video, it seems that the employee has offended Ali by his behavior. But, we cannot take sides unless we know the whole picture, now do we?

Pakistanis react to this video!

The opinions fluctuate from neutral, supporting the actor to full-on criticism over his behavior.

A reminder that God is watching over everyone and this user implies that Ali is using his star-power and fame but the Almighty can take it away at any moment.

IDK why it's so hard for people to be nice towards other. No matter where you stand today just remember God is watching over you. If he has given you a lot indeed he can take it back so just be kind.#AliRehmanLeakedVideo pic.twitter.com/NtrA3iMKHT

Some are of the opinion that others shouldn’t jump to conclusions just yet and wait for the full story.

Lo g ab saari waili public is bandy ko bura bhala kahy gi widout knowing that ghalti kis ki hai ? From video its clear that employer did joke to him so he got rude that's it …#AliRehmanLeakedVideo pic.twitter.com/ejEmAdtut8

Then we have Pakistanis that shoulder the responsibility to make a meme out of every situation and share it. Quick service!

Another one. *Dh Khalid reference*

When you are stealing 1000 rupees from mom purse & your brother caught you #AliRehmanLeakedVideo pic.twitter.com/NZJLfdddzN

Pirhay Likhay Jahil, rude, ignorant, arrogant and entitled is just some of the names Ali Rehman is receiving.

His behavior has been deemed as unacceptable by several Pakistanis.

Furthermore, it is also being considered a prank video or a brand campaign? The options are many and on the table, while everyone waits for an official statement by Ali Rehman himself. It is hard to believe that Ali Rehman would go to such lengths to make a spectacle of himself; knowing very well that rude behavior in any circumstance is unacceptable. Further, he isn’t an ordinary man at that. Hence, let’s give the man some benefit of the doubt and wait for the complete story.

The truth has been revealed! Ali Rehman finally clears the air and here’s what he had to say!

Always the gentleman – #AliRehmanKhan gives his side of the story on the #AapKoPataHaiMainKoanHoonVideo … let’s join Ali and say no to VIP Culture we are so used to in this society. @alirehmankhan

Yes, it was a social experiment to bring an end to the so-called VIP culture that is still prevalent in our society. Glad to see our Pakistani celebrities taking part in a campaign like #AapKoPataHaiMaiKonHoon. It’s time we, as a society, stand together against this so-called culture.

What is your say on this matter? Let us know in the comment section below!