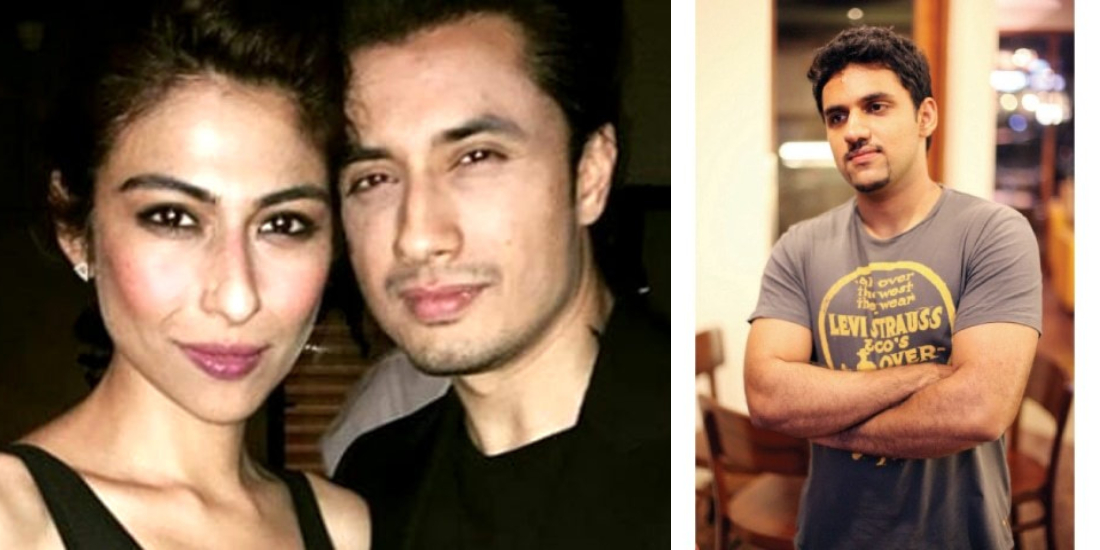 Patari was an app that saved a lot of people in Pakistan through their music. Well, let’s just say that Patari saved the face of the music industry that was to serve the millennials in a much better way. They served the people of Pakistan with the likes of Noor Jehan and Mehdi Hasan in the category of classics and the contemporary pop bands like Noori. Patari was at its peak when it got into some serious trouble of allegations. The female employee of the company accused the founder, Khalid Bajwa of sexual harassment alongside all the screenshots.

Just when the screenshots of the employee were out, surprisingly there were many other girls who came forward to share the similar story to experience with Khalid Bajwa. Which eventually lead to terminate Khalid from exercising his position in the company. In the meantime, this all was happening the Ali-Mesha story covered the internet. But who knew that both the very famous of controversies would combine to make another.

After the first hearing of the case, the court asked Meesha to respond back to the defamation charges put by Ali

According to a report of the famous news publication, Patari and Ali Zafar were seen to discuss the very serious matter which included to sabotage the career of Meesha’s brother. Farish Shafi recently sang a song with Ali Sethi which was to be released soon.

Here’s what actually happened to the release of that song 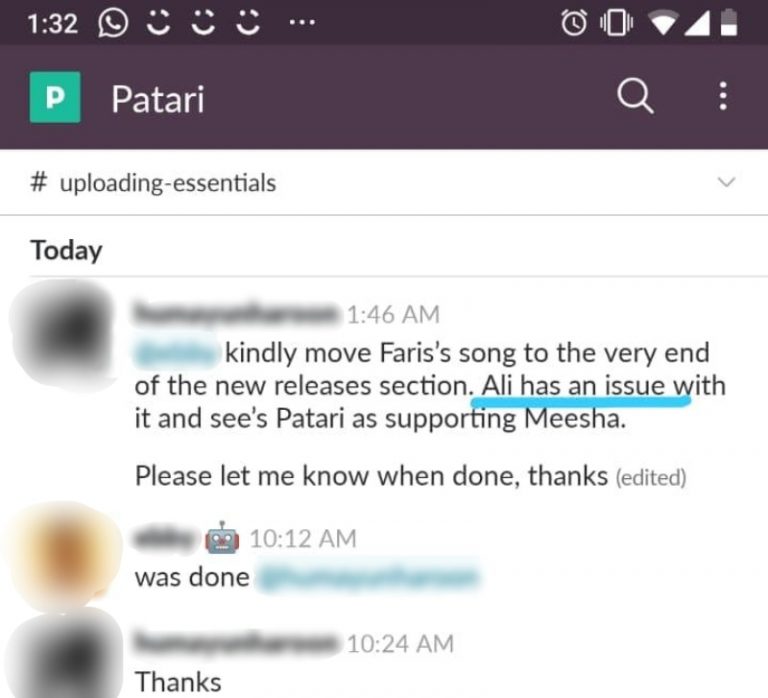 This is the internal conversation between the employes of Patari. The company is seen to have been inclined towards Ali Zafar; as it is stated by the employee to prefer Ali’s liking. And to change the release of Faris’s song which, according to Ali Zafar, was looking like a favor to Meesha. Oh! Come on.

Meesha was spot on. Now i can easily see what he could do. Anything and everything to be powerful. Grab them grope them kiss them get their music career and all destroyed …. i tried to take her side and i was told by film maker and ali as if i d lost my mind. Shame

These are our "stars" @AliZafarsays allegedly asks @patarimusic to put Faris Shafi and Ali Sethi's new track out of top new releases list because he's @itsmeeshashafi's brother #Shallowstars Via https://t.co/6tmuG83yvp

The request was indeed obligued

Source at @Patari shared with @dawn_images a screenshot of an internal communication that refers to a request allegedly made by @AliZafarsays to change the placement of a track by @itsmeeshashafi’s brother Faris Shafi. The request was obliged. #Pakistan https://t.co/tJyH3BCEEe pic.twitter.com/MF1AXHOYUZ

With the fame and power, we all could see how Ali is trying his best to put down Meesha and people around her. This is an act of very low morale. Even if he has not done anything, this is just not right.