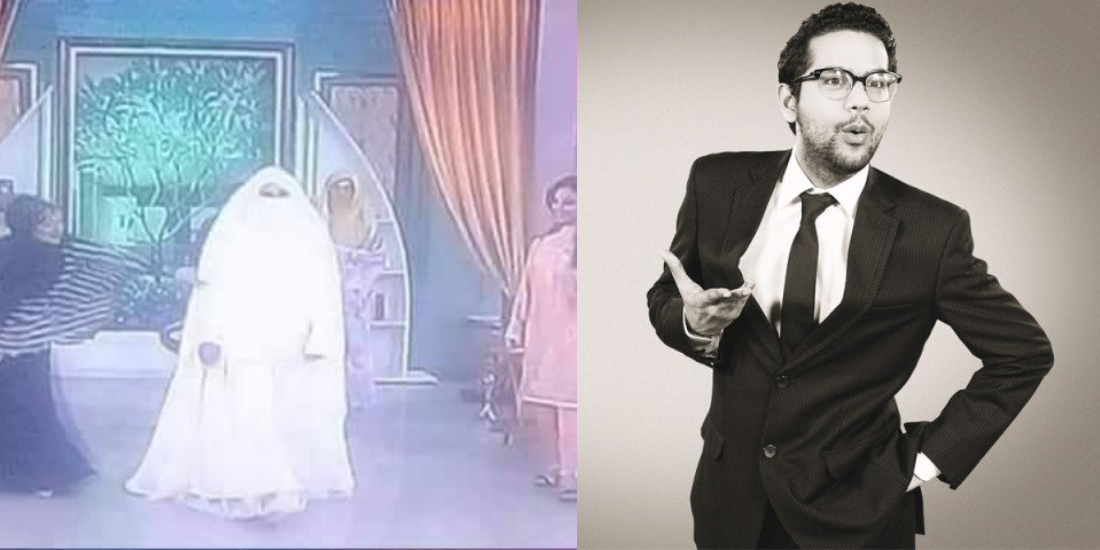 Ali Gul Pir the “Waderay Ka Beta” is often seen to be pointing out the issues that not many people have the audacity to talk about. His whats and hows about the right doings and wrongdoings are usually very subjective to the people of our country. Some 40% agree to him while a big chunk disagrees to him and later bash him for his questions.

This time he actually did raise a very valid point. After the PM (Imran Khan) got married for the third time and later when the elections were approaching, many woke people of the twitter who claimed to be more aware and sensible than others started reminding people how this “Peerni” will be our first lady.

After the end of elections and results came out, those same people started questioning Bushra Maneka’s hijab. Their concern was that she shouldn’t be representing the women of Pakistan by wearing this kind of hijab. Umm… what about her choice?

Here the question comes, that the world for which the pyary Pakistanis are every worried also talk about freedom of choice. Don’t they? Then why do these people fail to mention that in the case of Bushra Maneka?

Well, Ali said that mimicking politicians have ruined the face of comedy on our TV channels, and now they have stooped so low to mimic and mock the family members of these politicians.

Years of mimicry on tv has ruined the quality of comedy in Pakistan. We don't make fun of policies and social issues, we'd rather dress up as a politician or even worse their family members and ridicule them #shameful pic.twitter.com/CRxjr8hz2v

I saw that it was not a ridicule..the prog ws abt different ways to wear hijab..and they showed this cause it is a different way of wearing..they never took her name saying only she wears like this..cringy yes ridicule no…

I can find countless examples if this is not apt pic.twitter.com/TmDWV2lGBD

We can’t shut the whole system when it is so deeply rooted! Or can we?

When Channels run out of content! Pls stop watching these deplorable shows..that's how they get their ratings.

Indeed, it is offensive. Why make a joke of anyone, anyway?

@fawadchaudhry do something about this sir….i as a practising veil woman feel so hurt to see such visuals on my tv screen

Our media has never monitored such shows, which otherwise can offend people in general. How is her hijab hurting anyone?

Well, Ali’s point is totally valid, if not talking about that very particular show but other TV shows and people over the internet are always hateful of these things. And if some people do it by saying that others do it as well then dear buddy your whataboutism is not helping your sorry argument.

What do you guys think of this?